A Brief History of Reactive Arthritis 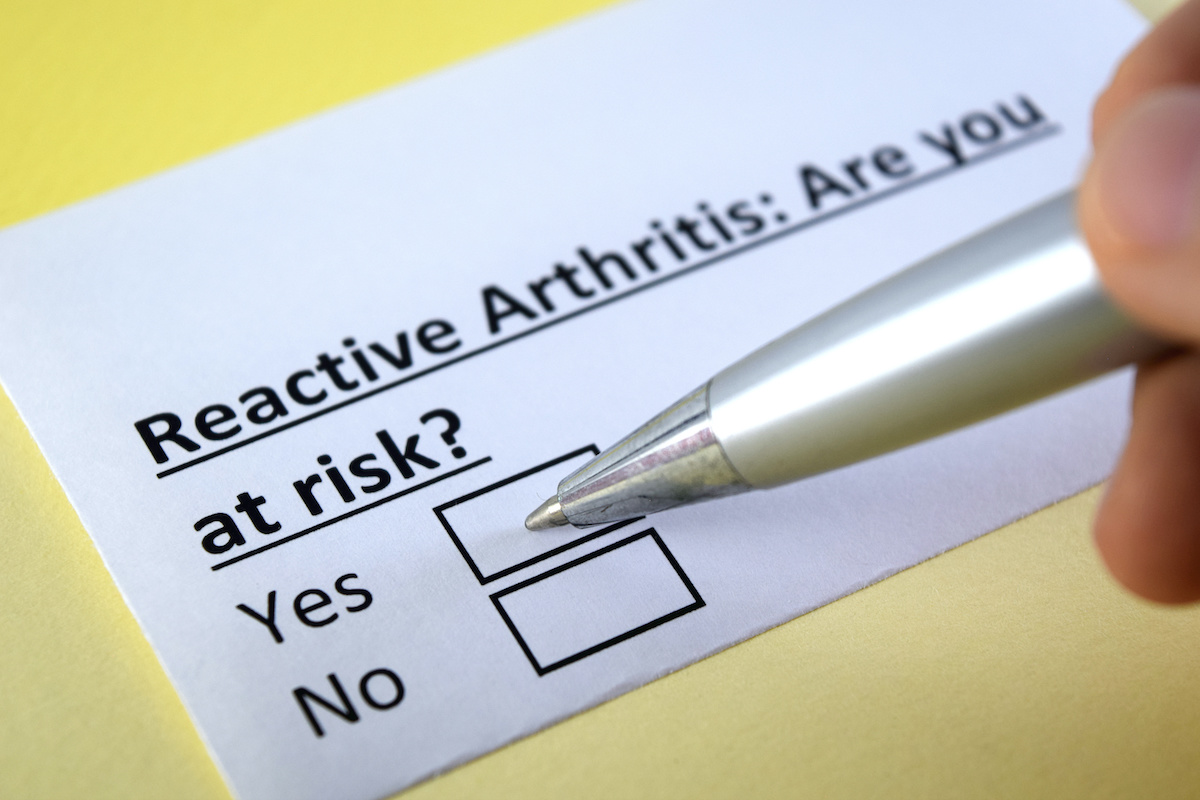 A Brief History of Reactive Arthritis

Posted at 13:28h in The ANRF Chronicle by ANRF 0 Comments
Share

Reactive arthritis, formerly known as Reiter’s syndrome, is a condition whereby inflammation of joints occur as a result of an infection elsewhere in the body. In addition to joint inflammation, it is common for reactive arthritis patients to experience inflammation of the eye (conjunctivitis) and inflammation of the genital, urinary or gastrointestinal systems. The most common infections that trigger this form of arthritis are those found in the same three systems. Certain people’s immune systems are triggered by genetic or environmental factors to react aberrantly when exposed to these infections, leading to reactive arthritis. Patients tend to be between 20-40 years of age with a higher rate of occurrence in males.  The true incidence of the condition is likely underestimated as milder forms often go unrecognized.

Many of the features of reactive arthritis are shared with related conditions including psoriatic arthritis, ankylosing spondylitis and ulcerative colitis. Together the conditions can be referred to as “spondyloarthropathies”. There is no one test used to diagnosis the condition but the HLA-B27 genetic marker is commonly found in the blood of reactive arthritis patients. Treatment tends towards controlling specific symptoms as well as identifying and treating the underlying infection that triggered the condition. Reactive arthritis may be self-limiting, frequently recurring, chronic or progressive. Most patients will fully recover but it is not uncommon for repeated attacks to occur over a period of years. Patients can, in extreme cases, develop chronic and disabling arthritis, heart disease, amyloid deposits, immunoglobulin A nephropathy, cardiac conduction abnormalities, or aortitis with aortic regurgitation.

Answers to The Name Of

Reactive arthritis was first described in 1916 during the first world war by Fiessinger and Leroy in France, and Reiter in Germany. Numerous cases during World Wars I and II focused attention on the triad of arthritis, urethritis, and conjunctivitis (often with additional mucocutaneous lesions), which at that time was also referred to as Fiessenger-Leroy-Reiter syndrome. As mentioned above reactive arthritis was previously referred to as Reiter’s syndrome, Reiter’s disease or Reiter’s arthritis. The term “reactive arthritis” is preferred and increasingly used as a substitute for this designation due to Hans Conrad Julius Reiter not being the first to describe the syndrome, his conclusions regarding its pathogenesis were incorrect, and because he committed war crimes as a Nazi at Buchenwald concentration camp during World War II.

In the early 1970s studies determined that there were microscopic intracellular inclusions in synovial tissues which could correspond to Chlamydia trachomatis, the principal arthritogenic microbe involved in reactive arthritis. Difficultly in culturing these bacteria from synovial fluid meant that confirmation of these findings was greatly delayed.

An Era of New Discovery

New molecular biology techniques developed in the 1990s resulted in detection of small quantities of C trachomatis DNA in the articular cavity. These findings led to a number of questions including whether this meant there were viable bacteria in the joint or was the DNA there due to passive transport by macrophages that battled the original infection. Further research suggested that these microbes can survive in small numbers in the articular joint. Since these findings, DNA from a number of other classical arthritogenic agents have been found in synovial samples from reactive arthritis patients. Replication of results in these studies, as well as small sample sizes has led to many having reservations regarding these findings. Additionally, studies conducted in the later part of the decade showed that the synovium is not a sterile structure and likely acts as an interface which can be colonized by bacteria either originating from the environment or originating from endogenous flora. In fact, some research identified over 50 different bacterial species in the synovial fluid from rheumatoid arthritis and osteoarthritis patients. Only six species (Corynebacterium, Escherichia coli, Streptococcus, Pseudomonas, Leptospira and Methylobacterium) were detected exclusively in samples from rheumatoid arthritis patients, although without proof of this being an argument in favor of their pathogenic role. In 2000 studies found that an episode of food poisoning or a gastrointestinal infection can precede the condition.

Compared to other forms of autoimmune and inflammatory arthritis, reactive arthritis is relatively newly delineated. It is clear that a great deal of research is still required before we begin to get a clear picture of how and why patients develop reactive arthritis. The findings from research done in the last three decades appears to indicate the fundamental importance of host-bacterium interactions as well as bacterial virulence factors in the pathogenesis of inflammatory forms of arthritis and that there is likely a spectrum of arthritis that is induced by these infections. To date, no diagnostic or classification criteria have been established, but in 2014, the American College of Rheumatology issued general treatment guidelines for the condition.