Aimee Joins Racing For a Cure 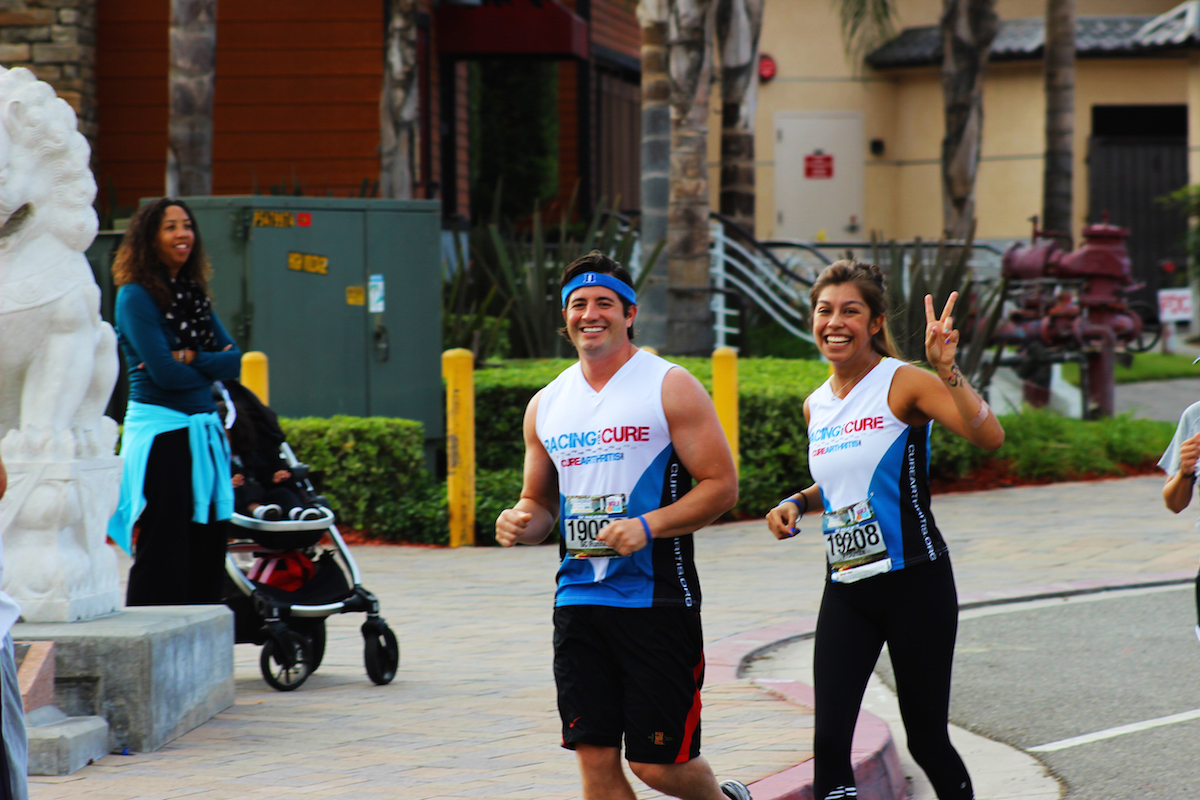 Aimee Joins Racing For a Cure

Posted at 17:12h in Racing For A Cure by ANRF 0 Comments
Share

Aimee Espinoza, a 27 year old rheumatoid arthritis warrior, is one of the newest additions to the Racing For a Cure team – the squad of athletes running, walking, biking, and/or swimming to raise money for arthritis research. She has joined the team because she feels that rheumatoid arthritis does not get the attention and awareness it deserves, she hopes that through her racing efforts, she can in some way make a difference.

Currently Aimee’s RA is active and has been for the past year; she has taken a variety of medications in the past, but now is on Humira, which she says has helped reduce the swelling in her knees. She has also switched to a gluten free diet, which she claims has “worked wonders.”

Having only been living with arthritis for one year, Aimee has already been greatly affected by the disease. Firstly, it has made her cherish time more than ever before. “I have needed to be more patient with my body, with fatigue and with responses to medicine,” she said. “I can’t take time for granted because I feel like I have so little of it to be healthy.”

Secondly, it caused her to learn to accept circumstances that are beyond her control. She admitted to thinking that she was indestructible, for a time. She was healthy and in the best shape of her life and was looking forward to prolonging that lifestyle to ensure she had a long life ahead of her. But since she was diagnosed with RA, the mental and physical adjustments have been hard ones.

“It’s overwhelming to think that I’m not who I thought I would be,” she claimed, “and it’s taking time to adjust to this new life.”

And while RA has become something she constantly has to think about, she has a wonderful and supportive family who help her through it all. Her boyfriend has adapted to Aimee’s RA as well, switching himself over to a semi-gluten free diet and helping her by massaging joints to relieve her symptoms of pain and nausea.

However, long before Aimee was diagnosed, she was always an athlete. She ran the Surf City half marathon in Huntington Beach, CA in 2011 and also participated in a competitive 5K last year. Because she already had an active lifestyle, she claimed that trying to maintain that level of activity after her diagnosis came more easily. Because of her positivity and persistence, she commented that she always has good experiences during her races and felt a strong sense of accomplishment afterward.

“I feel like a normal, healthy person accomplishing something big [while racing]. I know that my disease is a mind-over-matter thing when I’m competing.”

In addition to her self-motivated attitude, she is also dedicated. To prepare for the half marathon she ran in 2011, she started training three months prior to the race, running five miles, five to seven days per week. A lot of her motivation stemmed from her goal of wanting to prove her doctor wrong, who said that she’d never be able to run again. Aimee did not want to throw all of her hard work and training out the window. She needed to finish strong for all the people that doubted her. And she did. As she crossed the finish line of the half marathon, her father and “lifetime coach” was there to cheer her on. It was an emotional end to a long journey, but Aimee finished the 13.1 mile race in 1 hour and 42 minutes.

Hearing about the Arthritis National Research Foundation and Racing For A Cure on Twitter, Aimee felt compelled to join the team to help educate those who don’t know that healthy looking people can be victims of arthritis too. Aimee is passionate about arthritis research and hopes that some good can come out of her efforts with the foundation and team.

“It’s important for people to know what rheumatoid arthritis is,” she stated, “and if I can let people know through Racing For a Cure, I want to do it.”