An Expose on Dr. Utz – Physician, Researcher, ANRF Alum, SAB Member and so Much More. 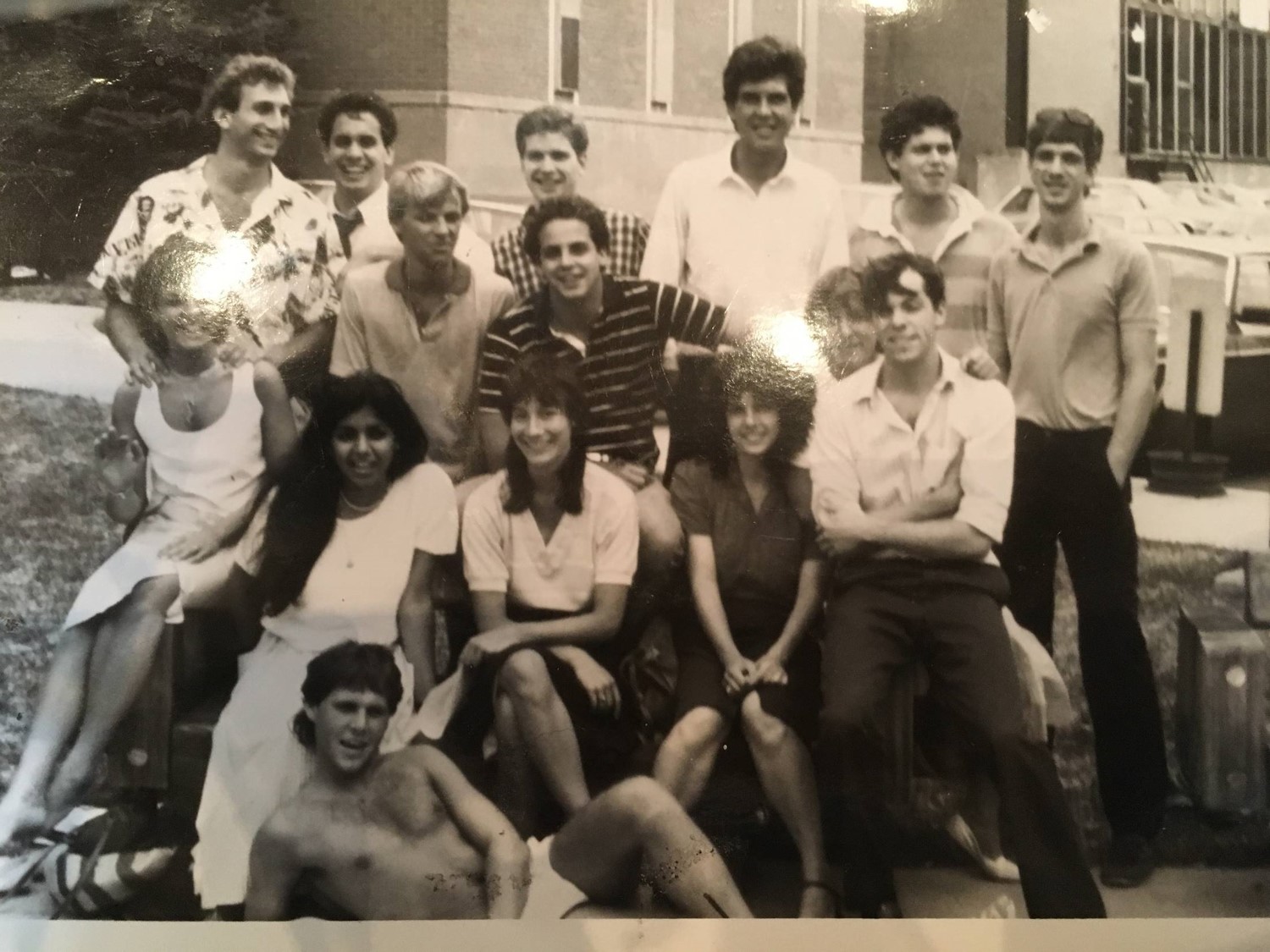 An Expose on Dr. Utz – Physician, Researcher, ANRF Alum, SAB Member and so Much More.

Posted at 11:53h in The ANRF Chronicle by ANRF 0 Comments
Share

Dr. PJ Utz was awarded an ANRF research grant over two decades ago (1998-1999). When asked what the impact of receiving an ANRF grant was, Dr. Utz responded “Without this award, I would not have stayed in academia. The funding gave me enough money to pursue additional projects by hiring a technician, and this launched my career.” Given the enormously successful career and the impact Dr. Utz has had in his field, ANRF could not be prouder to have played a foundational role in his journey. 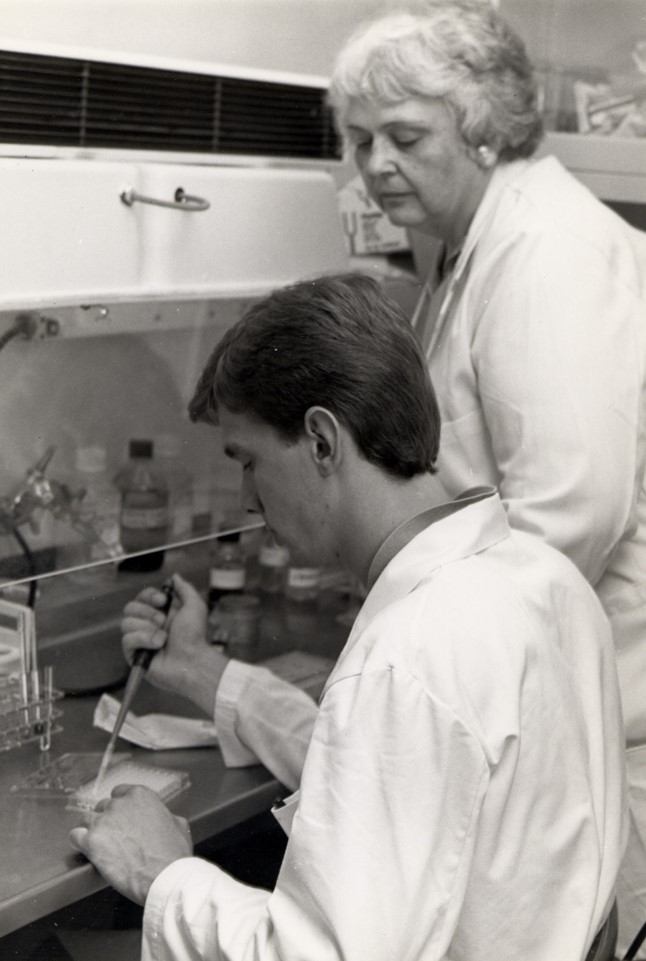 Dr. Utz does not come from a background of privilege. He grew up in a low-income household in Scranton, Pennsylvania. The majority of his high school classmates did not pursue further education. Dr. Utz did not succumb to statistics and pushed himself in his academic endeavours. While his peers eschewed university education, he attended King’s College in Wilkes-Barre PA in pursuit of a degree in Biology, making him the first in his family to attend college. He continued to excel academically and went on to pursue an MD at Stanford University. He then proceeded to do a short track residency and fellowship in internal medicine and rheumatology at Brigham and Women’s Hospital in Boston. He left Harvard for a faculty position at Stanford in 1999 and has been there ever since. Given his background, Dr. Utz stresses the value of getting young, high school students (especially those from disadvantaged backgrounds) actively involved in the field of medicine. He is certain that early exposure to these fields gives students a valuable experience that can behove them no matter what their future career trajectories may be.

Two Disciplines are Better than One

As a physician Dr. Utz was exposed to research at Roswell Park in Buffalo New York where he worked on immunodeficiency disorders. His mentors at the time where the god parents of David, the boy in the plastic bubble. David Vetter suffered from severe combined immunodeficiency (SCID), an inherited disease which leads to a dramatically weakened immune system. At the time, the only management available for children born with SCID was isolation in a sterile environment until a successful bone marrow transplant could be performed. Tragically David lost his battle with SCID when he was only twelve years old. Dr. Utz, having worked closely with those who loved David, soon realized that undertaking research such as this afforded him the opportunity to combine research with his clinical training and he thus established himself as a physician scientist. This initial interest has led to a remarkable career in the field of autoimmune research in which he strives towards his ultimate goal – the realization of curative therapies for these types of conditions.

An antigen is a toxin or other foreign substance that induces an immune response, especially the production of antibodies. Autoimmune conditions result from our bodies mistakenly identifying one of our own immune proteins as foreign and launching an inappropriate immune response. Simply, the body is unable to correctly distinguish between self and non-self. These mis-recognized proteins are called autoantigens. Dr. Utz has built his career on the identification of novel autoantigens. It is hoped that this information will be used to develop antigen specific therapies designed to switch off an inappropriate immune response. 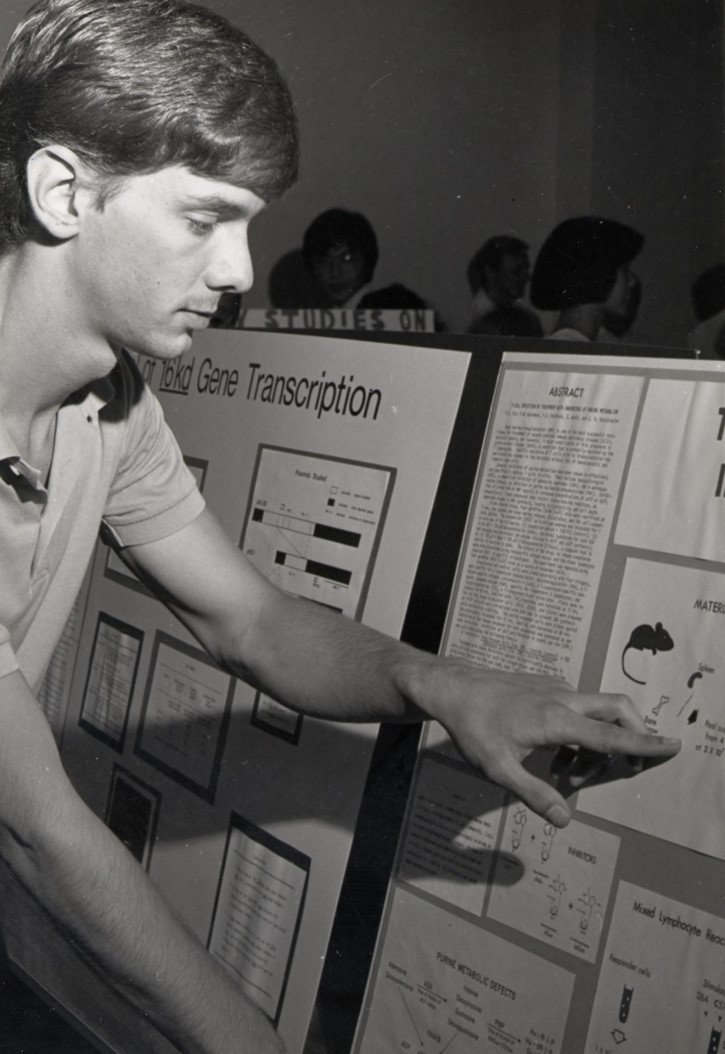 The Utz lab consists of approximately 4-8 scientists at any given time, including senior research scientists, postdoctoral fellows, research assistants, graduate students and undergraduate students. The overarching goal of the group is to unravel and understand the mechanisms involved in autoimmune and inflammatory diseases. Additionally, the lab aims to develop bench-to-bedside technologies, including those used for diagnostic and therapeutic purposes. The lab is also active in vaccine biology, both for inducing protective immunity to pathogens and for switching off immune responses that lead to autoimmune diseases. Through the work done in his lab Dr. Utz is considered an expert in the development of assays (an analysis to determine the presence or amount of a substance or the pharmacological potency of a drug) for studying autoimmune diseases. His collaborative work has led to use of protein arrays (a method used to track interactions and activities of proteins to determine their function) in clinical trials and the development and human testing of tolerizing DNA vaccines for type 1 diabetes and multiple sclerosis. He is the Director of Stanford’s NIAID-funded Autoimmunity Center of Excellence, the PI of the Accelerating Medicines Partnership RA/SLE Leadership Center, and a co-PI for an NIAID influenza vaccine program.

A Gentleman and a Scholar

The role education played in elevating Dr. Utz from his modest beginnings helped to forge a man who not only focuses on his own career path, but uses his position to raise others to new heights. He is a true visionary in the field of education. It is his belief that the medical community stands to greatly benefit from the diverse thoughts and experiences of students who come from all walks of life. He dedicates a great deal of time to training the next generation of physician scientists. There is a long road still to travel to reach his ultimate goal of curative therapies and he acknowledges the need to have new innovators to take up the baton. In 2000, Dr. Utz started Stanford Institutes of Medical Research (SIMR), one of the USA’s largest and most respected immersive high school research programs. He has served as Associate Director, Co-Director, and Director of the Medical Scientist Training Program (MSTP) at Stanford since 2008. Dr. Utz has won faculty teaching awards in the Department of Medicine and in the Immunology Interdepartmental Ph.D. Program. He has effectively trained over 60 scientists and 14 thesis students, and he has served on over 70 Ph.D. thesis committees.

His dedication to research and students, both current and future, has certainly not gone unnoticed culminating in his appointment in 2018 as the Associate Dean for Medical Student Research at Stanford. In this position, Dr. Utz will be focusing on new efforts to create programs for M.D. students that will provide opportunities to build careers as investigators and leaders.

An Honor and a Privilege

At ANRF, we are privileged to have Dr. Utz as one of our Alumni and grateful to benefit from his expertise as a member of the Scientific Advisory Board (SAB).  In this position he is able to help contribute to the evaluation of grant applications by promising young scientists who show the same potential someone once saw in him.