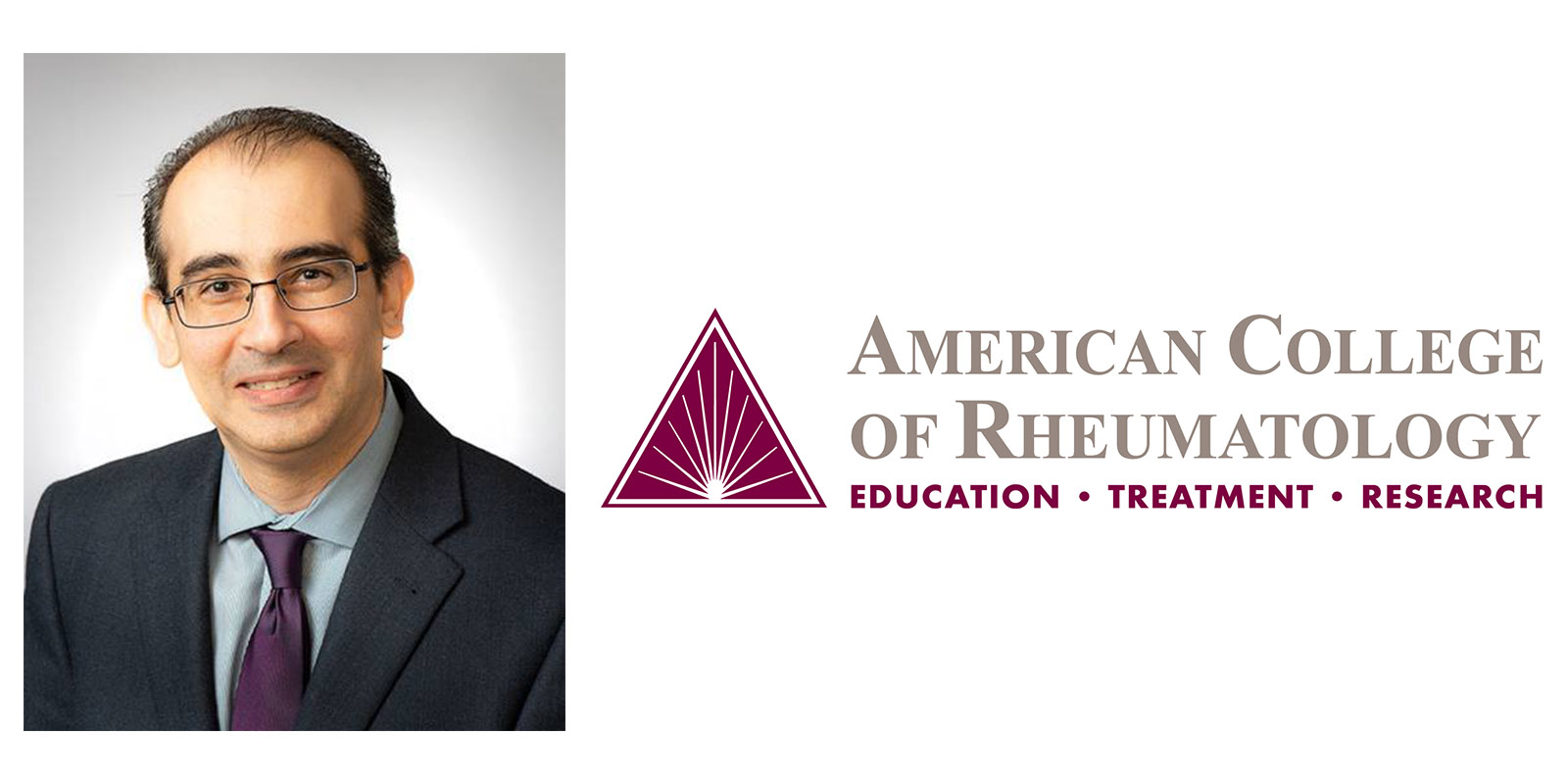 This November, thousands of medical professionals in the field of rheumatology gathered in Atlanta, Georgia to collaborate, learn, and celebrate the achievements of their colleagues.

Each year, from a cohort of thousands of ACR physicians, health professionals, and scientists, a handful of exceptional people have the great honor of receiving ACR Awards of Distinction. These awards are bestowed upon those who have shown excellence in their career, their work, and their contributions to advancements in the field of rheumatology.

ANRF is proud to announce that Dr. Amr Sawalha, an ANRF scholar from 2007-2008, was one of the few selected for an Award of Distinction this year. Dr. Sawalha, along with colleague Dr. Katherine Liao, were presented with the Henry Kunkel Young Investigator Award. In order to receive consideration for an award in this category, scientists must show that they have made outstanding and promising independent contributions to basic or clinical research in the field of rheumatology. From his time as an ANRF scholar to his current work, Dr. Sawalha has continues to demonstrate the promise that has brough the distinction of his recent award.

During his period as an ANRF scholar, Dr. Sawalha focused on lupus erythematosus (SLE or lupus) which is a chronic, relapsing autoimmune disease that affects multiple organs including the skin, joints, lungs, kidneys and brain. The disease is at least nine times more common in females. There is evidence for both genetic and environmental factors implicated in the pathogenesis of lupus; however, the exact pathogenesis of the disease remains incompletely understood. Using a mouse model, Dr. Sawalha studied a specific gene that is over-expressed in the T regulatory white cells of female, but not male, mice. The goal of these studies was to provide new insights into mechanisms causing lupus, and identify new approaches to the treatment of this disease.

Dr Sawalha has continued in the course of study that he was able to begin using his grant from ANRF. He still focuses on determining genetic and epigenetic factors that contribute to the development and progression of systemic autoimmune and inflammatory disorders. His research has resulted in the publication of close to 150 peer-reviewed manuscripts. His continued efforts have brought and will bring novel understanding about the causes of and potential treatments for an often-devastating disease.

Dr. Sawalha has noted that his ANRF grant was in fact the first independent funding he received. Since then, he has secured numerous additional grants based on his initial findings that have allowed him to build on his research and make important contributions to his field. He is a tremendous example of success in our mission as an organization to foster the work of young scientists and help them build a foundation for medical research that can change the face of treatment and better the lives of patients everywhere.

ANRF salutes the acheivements of Dr. Sawalha and congratulates him on his well-deserved Award of Distinction. Congrantulations also to the other Award of Distinction winners this year. Our pride is only increased by seeing one of our scholars recognized alongside such esteemed company. 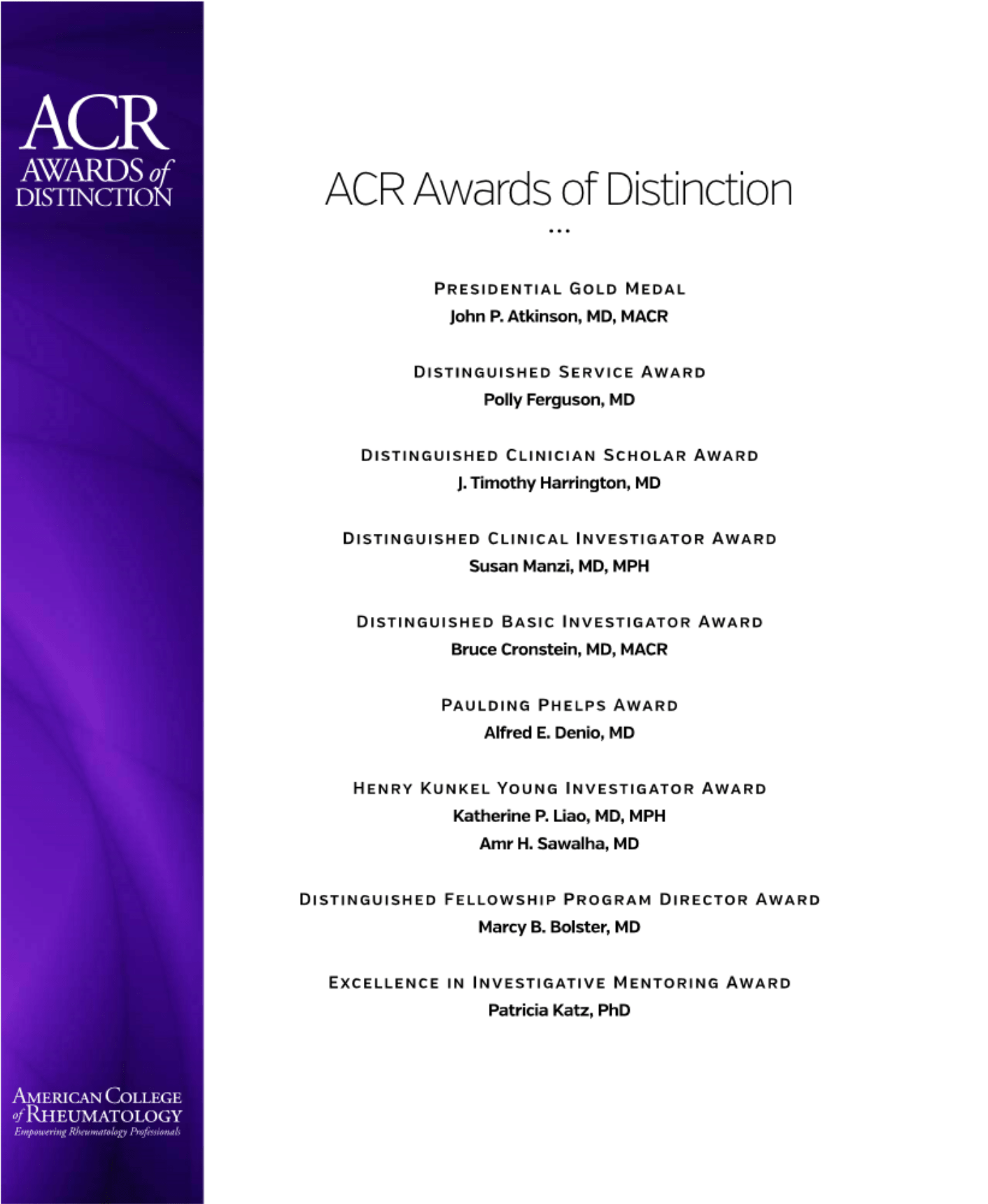