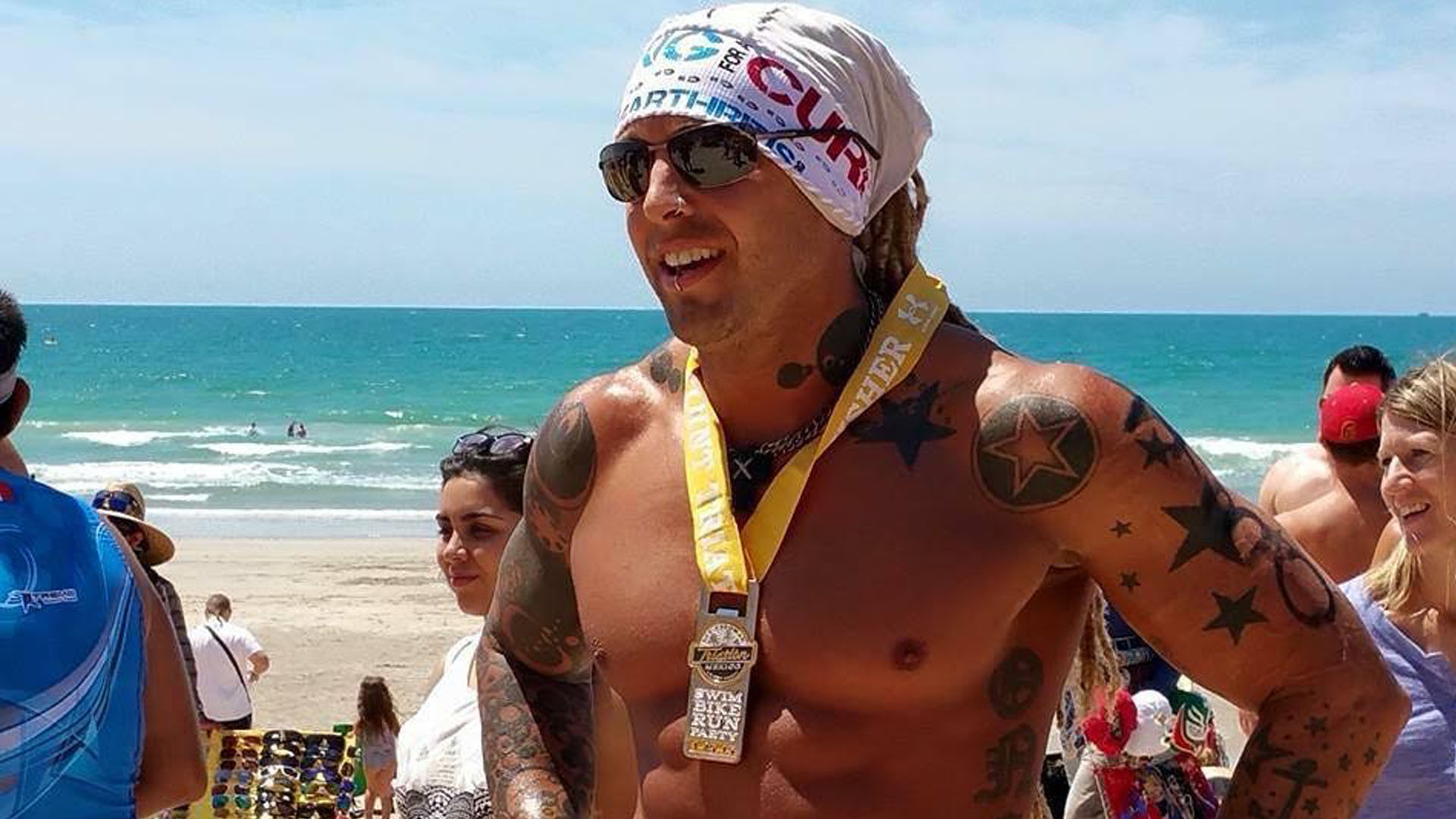 Posted at 15:45h in Racing For A Cure by ANRF 0 Comments
Share

David Nonemacher is an arthritis athlete and one of Racing For A Cure‘s most active members. He has been racing competitively for years in a myriad of races, including Olympic triathlons, to raise awareness for arthritis and arthritis athletes everywhere. As a sufferer from osteoarthritis himself, David made his annual trek to San Francisco for the Escape From Alcatraz Triathlon to once again compete and raise funds for ANRF through Racing For A Cure to help in the fight to cure arthritis. We recently caught up with David to check in on his progress:

Not one to acquiesce to his disease, David has been going strong since ANRF last caught up with him, recently competing in the annual Escape From Alcatraz Triathlon in San Francisco. As an annual competitor in the frigid and challenging triathlon, David clocked in 52 minutes faster than his previous year’s time. While the swim is challenging race for all competitors, David fought through the choppy waters and sprinted to his bike as soon as he hit land. Cycling is David’s best discipline, cutting through the crowd at increasing speeds, even catching a little air on some jumps as he pushed himself to his limits. After the bike, this arthritis athlete surprised himself on the running portion of the race. This is usually his worst stretch, and considering he is running on rebuilt legs, it is impressive that he only stopped briefly when climbing the ever difficult sand latter.

The effects of David’s arthritis did not kick in until he began the running portion of the triathlon. This is when he really began to experience and feel great pain due to his arthritis. However, this arthritis athlete would not give up! He decided to find his rhythm and fall into a solid consistent pace to keep his mind off the pain. David stayed the course and kept motivated by reminding himself how far he has come and how much healthier and productive his lifestyle has become since joining Racing For A Cure team and determining his arthritis would not beat him.

David had to overcome tremendous obstacles to race the last couple years in the Escape From Alcatraz Triathlon. Being an arthritis athlete is not a full-time job so David continued working his full-time job while having to be careful not to put too much impact on his joints. He also had to overcome a full right hip replacement, wrist reconstructions, and degenerating joints in his hips and knees. With all of that he still put out a solid performance racing on behalf of finding a cure for arthritis. He beat his last time by 52 minutes and told us he feels he can be even faster! 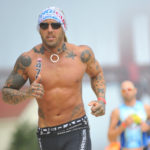 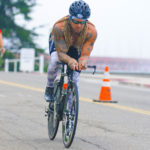 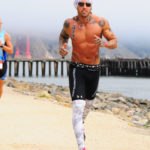 David encourages anyone wanting to make an impact in the world of arthritis to join the Racing For A Cure team because of the beautiful camaraderie that exists between athletes.

“Everyone is cheering for each other in their races, but also cheering each other through life as well,” he commented. “We can all win by spreading motivation and inspiration.”

David’s daily challenges have not changed much. He wakes up each morning with his hand clasped shut and has to pry it open every morning in order to use his hands in his work of being a sculptor and artist. However, he continues challenge his doctors and push his limits. Despite being instructed not to surf after his hip replacement or compete in last year’s triathlon prior to his surgery, David still finds himself in the ocean surfing and out on the race course doing the impossible. David says that surfing, one of his most therapeutic activities, and triathlon, the sport which tests his mind and body, are simply activities that he cannot give up.

As for what comes next, David is very optimistic. Recently, he finished in fourth place at the Rocky Point Olympic Triathlon in Mexico, and soon after, received his first sponsorship from an athletic-wear company that manufactures therapeutic compression gear. He hopes to leverage his love for competing and staying active to shed light on the different forms of arthritis, inspire others, and doing what he can to help find a cure for arthritis.

Click here to learn more or join the Racing For A Cure team!