Can We Prevent Bone Loss In Arthritis? 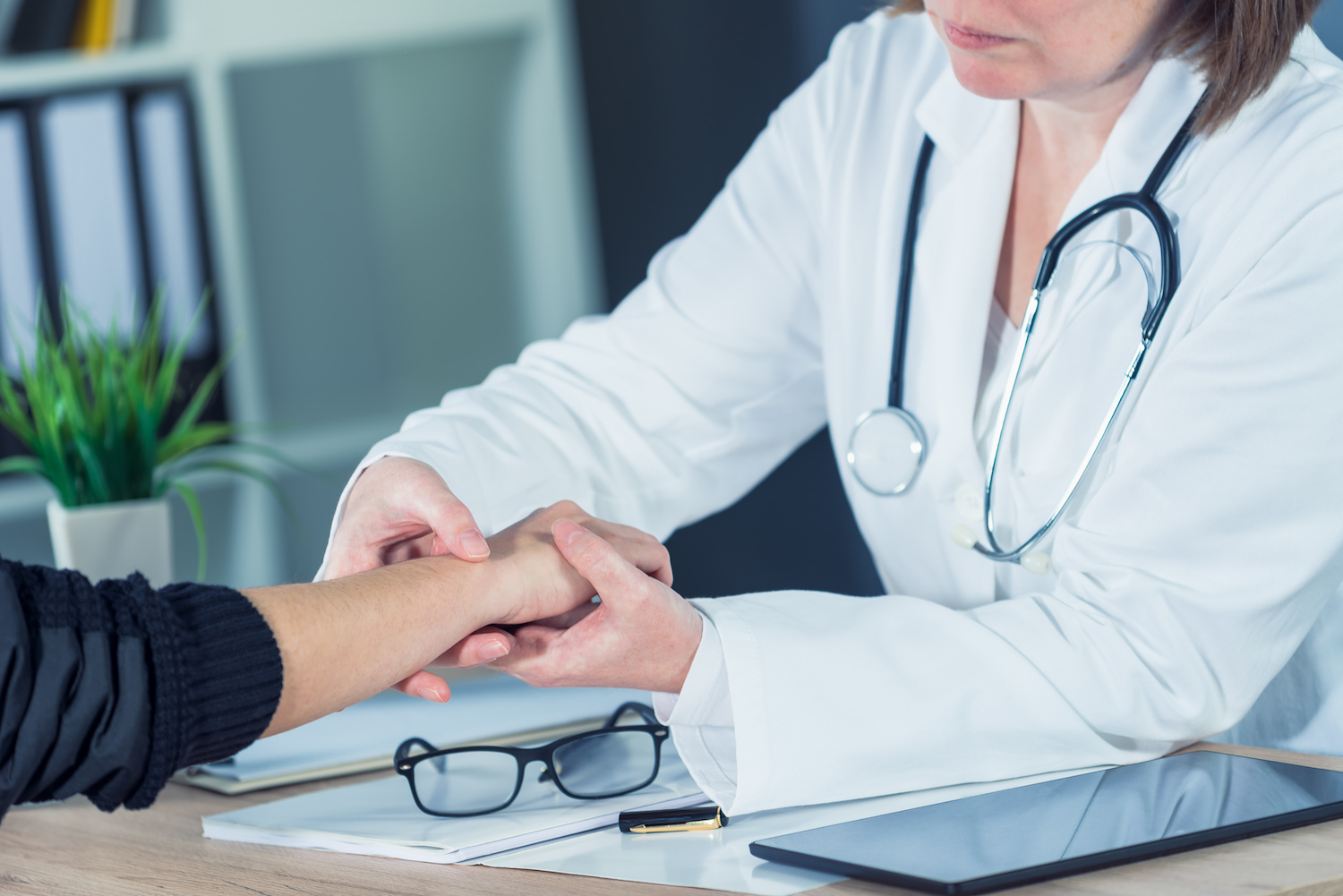 Can We Prevent Bone Loss In Arthritis?

Osteoporosis is a progressive, age-related loss of bone, which dramatically reduces quality of life. Every year in the United States, the debilitating disease leads to 1.5 million fractures of the hip, spine, and wrist. And, bone loss frequently occurs in inflammatory arthritis.

Normally, bone is constantly renewed in an endless cycle of growth and decay. Osteoblasts (bone-building cells) make new bone as osteoclasts (bone-breaking cells) die off. This constant “remodeling” of bone assures that bone density is perfectly maintained. When this delicate balance is disrupted, bones weaken slowly and can eventually break without warning.

“The breakdown of bone in arthritis is inherently an inflammatory process,” says Shruti Sharma, PhD, of Tufts University Medical Center. Dr. Sharma is an Assistant Professor and researcher who is studying osteoporosis with funding from the Arthritis National Research Foundation.

Arthritis damages bone and connective tissues, causing pain, swelling, stiffness and loss of mobility. “The processes that are initiated are the same, whether it’s inflammation in some part of the body or slow degradative decay of the bone.”

When the body comes under attack, inflammation is its first line of defense. “The ‘innate’ immune response is essential to inflammation, as it first detects a dangerous insult or infection within the body,” says Dr. Sharma. “The result is the coordinated release of inflammatory proteins. This increased inflammation—while necessary to fight infections—can also disrupt the normal activities of osteoblasts and osteoclasts, leading to changes in the bone architecture and density.”

What molecular mechanisms control bone remodeling? What role does inflammation play? And can scientists stave off bone loss by tinkering with the body’s immune system?

An unexpected finding led to the current focus of Dr. Sharma’s research, the kind of surprising twist that makes scientific investigation so exciting. Along with rampant inflammation in the knee joint, there was a paradoxical increase in bone mass in the adjoining long bone of mice with induced rheumatoid arthritis. This intriguing finding suggested that inflammatory changes that cause arthritis may alter bone formation in unexpected ways.

Dr. Sharma turned to the inner workings of the cell for answers. It is known that DNA, from viruses, bacteria and from damaged or dying cells of our own body, is sensed within cells. Sensing of DNA plays a critical role in the inflammation that occurs in response to infection or damage. To understand the part that DNA-sensing plays in osteoporosis, Dr. Sharma asked if DNA (our own or from some disease-causing pathogen) is sensed within osteoclasts or osteoblasts during osteoporosis. And, can DNA sensing play a role in preventing bone loss with increasing age?

Quite surprisingly, she found that accumulation of DNA was actually protective against arthritis, a discovery that led her to a vital molecule called STING (Stimulator of Interferon Genes). STING is a critical component of the cell’s DNA-sensing machinery.

“Intriguingly, in the absence of STING, bone is lost earlier, and the osteoclasts become hyperactive and break down bone faster,” Dr. Sharma explains. “An important question is what happens once STING-dependent nodes are activated.”

STING can drive the production of a particular family of inflammatory proteins, Type I interferons (IFNs). Type I IFNs are a key output of STING signaling and DNA-sensing pathways in the cells and are known to be protective against bone loss.

Dr. Sharma further refined her research to focus on these signaling proteins and found that these proteins are decreased in the absence of STING, and their lowered levels could be affecting the development of osteoporosis with age. Thus, STING forms a therapeutic node for intervention during osteoporosis.

Dr. Sharma is now evaluating if the Type I IFNs are the only inflammatory proteins produced during STING-mediated DNA sensing in osteoporosis or if other pathways that are STING-dependent can also be targeted.

Pharmaceutical companies are already exploring STING as a potential therapeutic target for several diseases. “The ultimate goal of my research is to identify novel drug targets that could lead to improved therapeutics for both autoimmune diseases and aging-related osteoporosis.”

Dr. Sharma also expressed that she is especially grateful to those who support the Arthritis National Research Foundation because the grant she received came at a critical juncture in her career.

“I wasn’t sure I would be able to stay in academia because the funding situation was just so abysmal,” she recalls. “This grant changed everything!”

In March, she started a tenure track position as an assistant professor at Tufts University Medical Center with her own research laboratory to look at the role of STING in age-dependent osteoarthritis and other aging-induced changes. “Without the foundation’s support I could never have envisioned the work I’m doing now,” she says. “Their support and enthusiasm has made all the difference by allowing me to pursue my dreams.”