Coming of Age with Chronic Illness 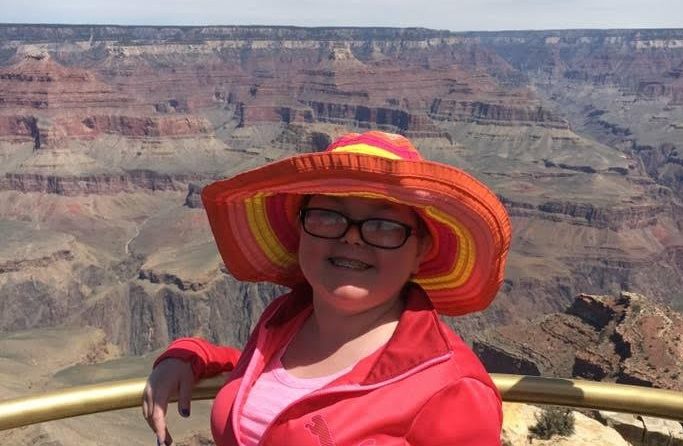 Coming of Age with Chronic Illness

As a teenager, there are a few rites of passage you typically experience: getting your license, going to fun events and staying out late with friends. But what if some of these “firsts” are not promised? What if they aren’t a given? What if instead you have to use all your energy to achieve these seemingly simple life firsts? This is the case for 18 year old Emily, who battles both Juvenile Idiopathic Arthritis (JIA) and Cystic Fibrosis, both lifelong forms of chronic illness.

However, Emily has had her share of firsts: her first official diagnosis, her first disease treatment and her first wheel-chair. But through all the difficulty Emily bravely fights to be able to do the things she loves to do.

Emily doesn’t allow her Chronic illness to stop her, instead her diseases motivate her to stay present, persistent and succeed despite the odds being stacked against her. Her most recent victory, earning her drivers permit after being forced to delay it due to her health.

“I was in and out of the hospital with frequent exacerbation of my cystic fibrosis which, in turn, caused my arthritis to be out of control,” she explains. I spent most of my time out in a wheelchair and a walker at home.”

After a switch in medications, her flare finally calmed, allowing her move without additional walking devices. Her treatment and increased mobility allowed her to focus solely on getting that driving permit.

It may seem simple to the average healthy teenager, but for Emily, a drivers permit is a window of opportunity and the promise of so much more.

“[I’m] able to have the freedom to go see and do things with my friends, but be able to leave when my body tells me ‘enough is enough’. [I’ll] be able to go and see places in the world!”

Challenges have always been present for Emily as chronic illness has always been a part of her life. Cystic Fibrosis, a genetic condition, runs in her family. Her mother made sure to do an amniocentesis during the pregnancy. From the amniocentesis, she was formally diagnosed with CF before she was even born.

And her JIA was diagnosed at the age of 13 after several misdiagnoses and previously unexplained sprains and effusions within her body.

A Genetic Love of Archery

But although she has grown up battling CF and JIA, she is far from alone. Her older brother, Michael, also has CF. The siblings share many similarities, but one of their most cherished bonds is their love of archery thanks to their dad who has been involved in archery for most of his life. Archery is a passion that runs deep in their family and fosters their love for each other and the sport.

“I love that you don’t have to be the biggest, strongest person to be the best in archery! And I enjoy that I can do it with my family!” Emily explains. By using different modifications depending on how she’s feeling, Emily is able to make archery a highly versatile and fun activity for her.

Living Fully Beyond the Borders of Chronic Illness

Emily may encounter a different set of obstacles than the typical teenager, but she remains resilient. “Don’t forget to live” she reminds herself. Emily is fulfilling her own credo by setting goals and making big plans for the future. After she gets her license, she will also attend college this fall to study medical coding and business. But for now, Emily is happy making the most of the situations she’s given.

“Enjoy every minute of good health and try not to worry about when your next flare might be. LIVE IN THE MOMENT!”