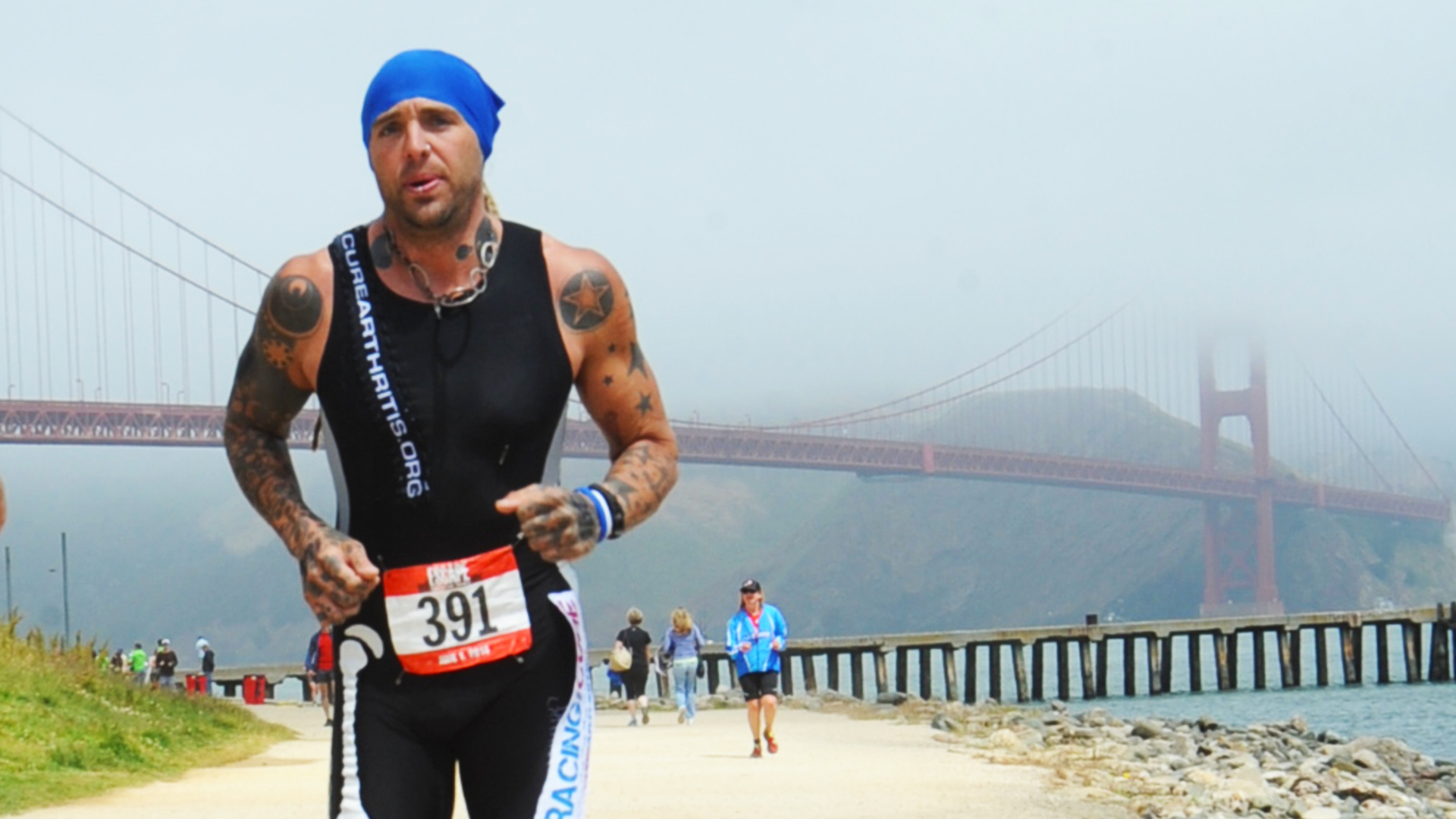 Posted at 16:00h in Racing For A Cure by ANRF 5 Comments
Share

David Nonemacher is an athlete who also happens to suffer from severe arthritis. However, he does not allow his illness to slow him down. On the contrary, he uses his sickness to help him stay in peak physical shape.

Only diagnosed one year ago, David has experienced arthritis symptoms since he was in his late teens when both of his wrists were operated on and he had to undergo full hip replacement surgery. However, due to complications with his hip when his surgeons removed less of his femur than necessary, his bones were not strong enough to support his prosthesis. He is scheduled to receive another hip replacement in a year or two, a process made only more necessary when he was riding his bicycle and was struck by a car this past January.

His arthritis has forced him to become healthier and start taking better care of himself all around. David became completely sober a couple years prior to his diagnosis when his hips were in their poorest condition. Now he carefully monitors what goes into his body and focuses on how much he can get out of it.

“Staying loose is the best thing for me. When I have to be bedridden for an extended period of time, it is really hard on my body, mind, and motivation,” David said about staying active and exercising in spite of his condition.

Self-described as motivated, creative, faith-driven, determined, and adventurous, he thinks of his arthritis as just another obstacle to overcome. “It’s just another reminder that we need to take care of ourselves and every little bit helps. It reminds me to get out and explore, live life, inspire, and help as many people as possible.”

David is also grateful to have a solid support system in his family that is behind him and his athletics 100 percent. He feels so supported in fact, that he decided to offer his racing talents to the Arthritis National Research Foundation’s Racing For A Cure team where he raises money by participating in races for arthritis research. He first heard about ANRF after he had just finished a 100 mile bike race and was looking to join the Escape from Alcatraz triathlon team.

“I knew I had to join,” he said, “and the countless others that are in similar situations have really been an inspiration. [I wanted to share my story because] every other story I’ve read helped and inspired me. I hope mine can help at least one other person see that it’s worth the fight.”

Remarkably, David has embarked on 16 races in the past two years, including two Ironman events. According to him, each race gives him a purpose for training, which makes him happy, though the finish is bittersweet because after all the time he’s put in training he doesn’t know what to do with himself after! He rides his bike wherever he goes and works out at the gym six days a week in addition to his daily surfing and swimming exercises. However, he listens to his body and rests when it tells him to do so.

“I think all these triathlons have been a microcosm of what real-life struggles are all about,” he said. “I’ve learned how to deal with the pain in races, and then ultimately realized that’s how you have to deal with obstacles and determination in life too… it’s just a lot slower and can span over weeks, months, or years.”

As a young man, David isn’t ready to slow down anytime soon. He’s confident that if everyone keeps fighting, moving forward, and avoids the negativity, everyone can achieve great things and end up a lot further than from where they started.

How do you feel about David’s efforts? Does he inspire you the way he inspires us?
Leave a comment below.