Dr. Hiroshi Asahara – From ANRF Scholar to a Leader in Locomotive Science 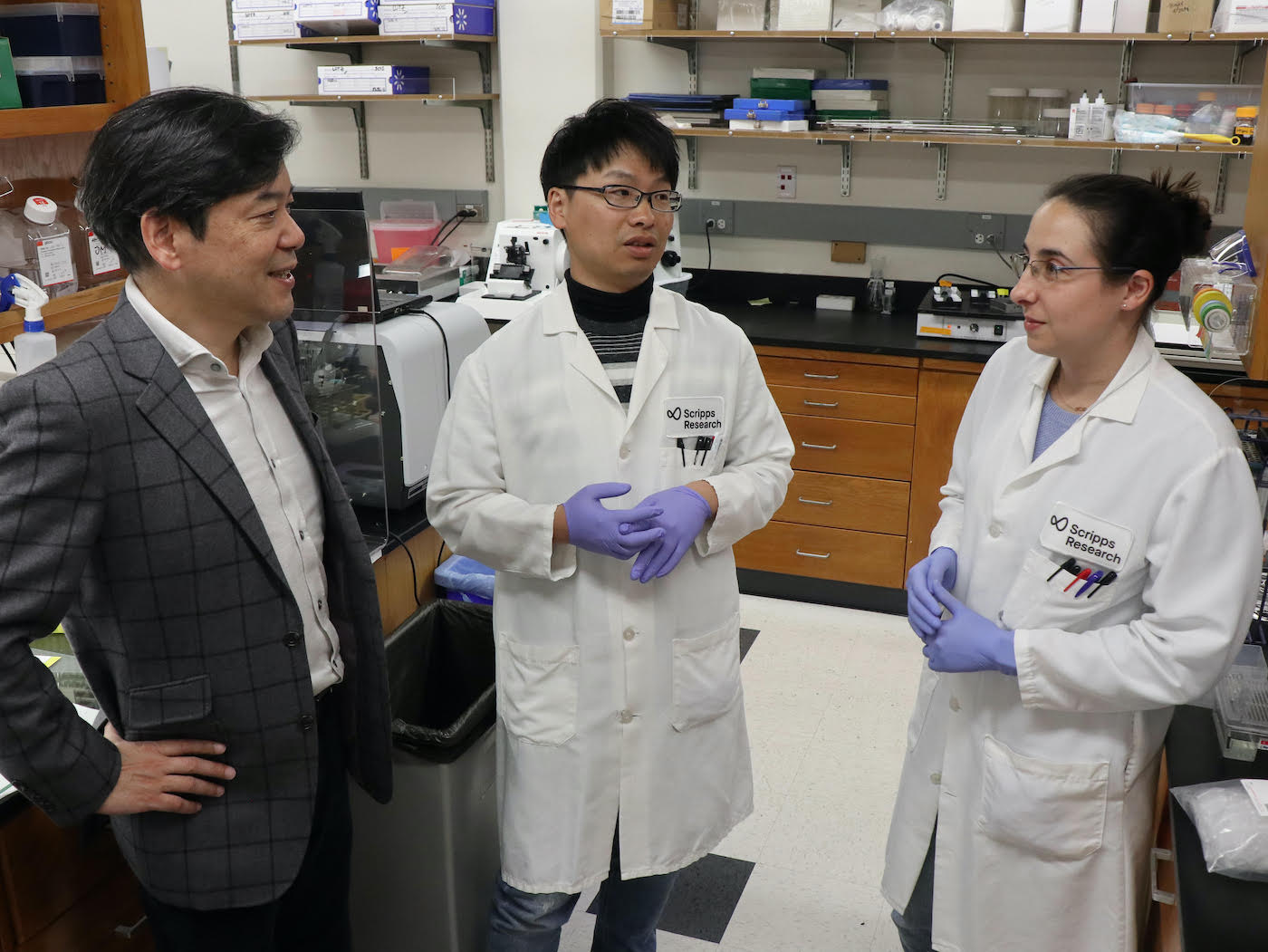 Dr. Hiroshi Asahara – From ANRF Scholar to a Leader in Locomotive Science

Posted at 12:41h in The ANRF Chronicle by ANRF 0 Comments
Share

A disconnect between researchers and treating physicians often exists. Doctors such as Dr. Hiroshi Asahara bridge this gap. His knowledge as a molecular biologist combined with his experience working with patients make him a force to be reckoned with in arthritis research.

Dr. Asahara completed his medical studies and his PhD in Rheumatology at Okayama University Medical School in Japan. Following those studies, he took up post-doctoral positions at Harvard Medical School and the Salk Institute for Biological Studies.

Currently, he is a Professor of Molecular Medicine at the prestigious Schripps Institute and a professor at Tokyo Medical and Dental Unversity. His research focus is presently in locomotive science. By combining findings in molecular and developmental biology with clinical research, he strives to develop novel therapies for patients with arthritis, bone tumors and spinal cord injuries.

In 2000, Dr. Asahara was awarded the Arthritis National Research Foundation Grant Award. As a young researcher, this gave him the opportunity to propel his career forward as an independent researcher. During his time as an ANRF scholar, he focused on the importance of the CREB (cAMP response element-binding protein) family of transcriptional factor (TF) in endochondral bone formation. Endochondral bone formation (ossification) is an important part of the process by which bone tissue is created during development or when injury has occurred due to physical stress or disease. Transcription factors are proteins that bind to DNA in order to regulate gene expression, either by promoting or suppressing transcription of that gene. CREB-TF has multiple functions in different organs throughout the body including formation of long-term memories in the brain and involvement in circadian rhythms and depression. Dr. Asahara was part of the research team that demonstrated that CREB-TF also had an impact on bone formation. Mice in which CREB was inhibited in bone growth plates were found to exhibit short-limb dwarfism to such a degree that the diminished rib cage circumference led to death within minutes of being born. The expression of certain signaling molecules (crucial to developmental processes including limb development) in cartilage, most notably the Indian hedgehog (Ihh) receptor patched (Ptch), was lower in mice that had had CREB inhibited. The conclusion drawn from these results is that there is a distinct signaling pathway in developing bone that increases Ihh signaling and regulating chondrocyte (cells that maintain cartilage) proliferation and this occurring via the CREB family of activators. Identifying novel pathways such as this are key in discovering new therapeutic targets for diseases which impact bone formation and healing such as rheumatoid arthritis. This study provided the basis for multiple publications relating to the regulation of pathways involved in limb development and inflammatory processes.

The Mechanics of Inflammatory Arthritis

The vast number of contributions Dr. Asahara has made in his field since his time as an ANRF scholar, publishing well in excess of a hundred articles, means that it is beyond the scope of this article to look at each milestone in his esteemed career as a researcher. Most recent work has focused on transcriptional, epigenetic and microRNA regulation of growth plate and the role of tendon and ligament mechanical loading in the pathogenesis of inflammatory arthritis. The role of mechanical stress in overuse injuries, such as tendinopathy, has been known for quite some time. However, new research is indicating that mechanical stress may also act as a trigger for some forms of chronic inflammatory arthritis, including ankylosing spondylitis and rheumatoid arthritis. The majority of rheumatologists consider tendons and ligaments to belong to the remit of other medical specialities such as orthopaedic surgeons and as such are often, perhaps incorrectly, overlooked in regards to the pathophysiology of joint disease. Dr. Asahara was intrigued by the idea that systemic inflammation can result in localized arthritis of the axial and/or peripheral skeleton in disease such as ankylosing spondylitis (AS) and psoriatic arthritis (PsA). As such, he published an article in Nature Reviews Rheumatology introducing the cellular and molecular mechanisms whereby tendons and ligaments sense mechanical force. This knowledge will help to elucidate how tendons and ligaments respond to mechanical stress to maintain homeostasis under healthy conditions. A process that is heavily dependent on the immune system. The field of orthopaedics has recognized that mechanical stress-​induced immune responses can go awry, resulting in primary tendinopathy. Parallels can then be drawn between the immunological processes that occur in tendinopathy and in chronic inflammatory arthritis (specifically RA and SpA) to establish the notion that tendons and ligaments are relevant tissues to consider in the pathophysiology of arthritis. This idea gives pause for thought and leads as to consider that musculoskeletal diseases that initially seem diverse could share far greater similarities than originally thought, particularly at cellular and molecular levels. This is owning to a shared anatomical basis in their pathophysiology. Mechanical stress becomes a significant cofactor that should be considered in future studies of inflammatory arthritis, especially during the initiating phases. Understanding the relationship between an imbalance in immunity and mechanical stress, as it relates to the onset of arthritis, will hopefully provide novel therapeutic opportunities.

As an organization, we are gratified to see researchers that started their independent research careers as ANRF scholars excel like Dr. Asahara. It is through their dedication and efforts that patients with arthritis and other autoimmune conditions have improved treatment options and quality of life. We look forward to seeing the contributions that Dr. Asahara and his team make in their future endeavours.