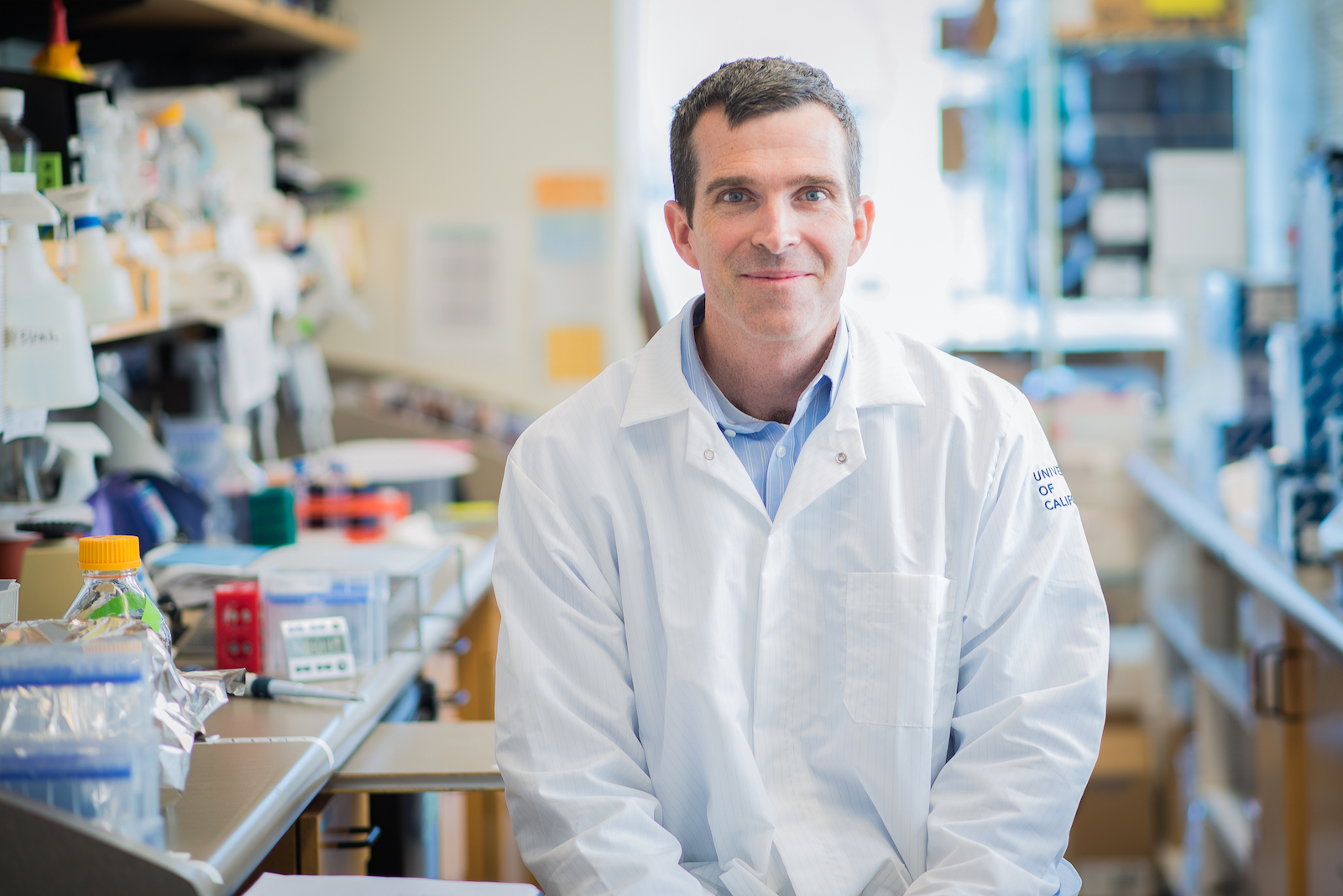 Dr. Michael Waterfield, MD, PhD, is an Assistant Professor at the University of California, San Francisco. During his first year as an ANRF scholar, Dr. Waterfield successfully made inroads into discovering potential means of blocking inflammation in Juvenile Idiopathic Arthritis. Based on this he was awarded a second year of funding to build on this solid foundation.

White blood cells called lymphocytes are crucial to a well-functioning immune system. Forming part of the adaptive immune system they are necessary in order to eliminate pathogens and preventing their growth. A T cell is a type of lymphocyte which originates as a precursor cell derived from bone marrow. These precursor cells develop differentiate into distinct types of T cells. Groups of specific, differentiated T cells have an important role in controlling and shaping the immune response by providing a variety of immune-related functions. One such group, differentiated from naïve CD4+ T cells, are T helper cells which assist the activity of other immune cells through the release of T cell cytokines (small proteins for cell signaling).

Dr. Waterfield has focused his research on T helper cell, specifically T helper 17 cells (Th17). These cells produce interleukin 17 (IL-17), a cytokine which acts as a proinflammatory cytokine. This means this group of cells is particularly suitable at fighting fungi and extracellular pathogens, particularly at mucosal surfaces. Interestingly these cells are found in high numbers in autoimmune diseases which has led to inhibitors of Th17 being increasingly used as treatment for these conditions. In light of this it has become increasingly important to understand the factors which control Th17 development and differentiation.

Multiple factors have been implicated in the development and inhibition of Th17 cells. Numerous studies have demonstrated that another cytokine, IL-2, is crucial for the induction and maintenance of T regulatory cells while also inhibiting Th17 development. IL-2 promotes immune tolerance and may therefore have clinical significance. The net effect of an inflammatory response is determined by the balance between proinflammatory and anti-inflammatory cytokines.

As an ANRF scholar, Dr. Waterfield has identified the activating transcription factor 7 interacting protein (ATF7ip) as a critical regulator of Th17 differentiation. ATF7ip is an epigenetic regulator, meaning it can cause a change in an observable characteristic without altering the DNA sequence. It is involved in the repression of genes by promoting the formation of a protein histone H3K9me3. Deposition of the repressive histone mark H3K9me3 in the IL-2 gene inhibits IL-2 production. A decrease in IL-2 leads to an increase in Th17 differentiation and the proinflammatory cytokines it produces. An increase in the ratio of proinflammatory cytokines (such as those produced by Th17) can lead to an inappropriate level of inflammation as seen in autoimmune conditions.

Dr. Waterfield examined what occurred in mice with T cell–specific deletion of Atf7ip. It was found that these mice had an abnormal overproduction of IL-2. An increase in IL-2 would lead to an increase in inhibition of Th17 and concurrent decrease in proinflammatory cytokines. The mice in which Atf7ip had been deleted were found to be resistant to colitis (a digestive disease characterized by inflammation of the lining f the colon). These results demonstrate a new epigenetic pathway by which IL-2 production is constrained, and this may open up new avenues for modulating its production.

“Due to the possibility that low IL-2 levels play a part in the pathogenesis of autoimmunity, low dose IL-2 therapy has gained momentum as a treatment for multiple autoimmune diseases secondary to its positive effect on T reg cells and its inhibition of Th17 and T follicular helper cells.”

The results from this study were published in the Journal of Experimental Medicine (https://doi.org/10.1084/jem.20182316). These findings contribute to the knowledge base that could one day see modulation of epigenetic pathways as a means to target autoimmunity.

“Future work will determine if inhibitors of ATF7ip could be used therapeutically to enable T cells to overproduce IL-2 and potentially alleviate autoimmune disease.”

Data generated in this study has led to new areas of focus for Dr. Waterfield including studying the role of ATF7ip in other immune cells, particularly regulatory T cells and human CD4+ T cells. The current covid-19 pandemic has impacted Dr. Waterfield’s research with his laboratory being closed down for around three months. Despite the delays in pursuing these new areas of interest and the devastation caused, he believes that there are some positives which have resulted from the situation. “I believe the scientific community is more open to collaboration during the pandemic in hopes of advancing science toward Covid-19.” ANRF has always supported collaborative efforts and working towards a common goal. It is hoped that the openness with which scientific data has been shared in this time will translate to other areas of research – together we can find a cure!