Dr. Yang – Making no bones about OA research and treatment 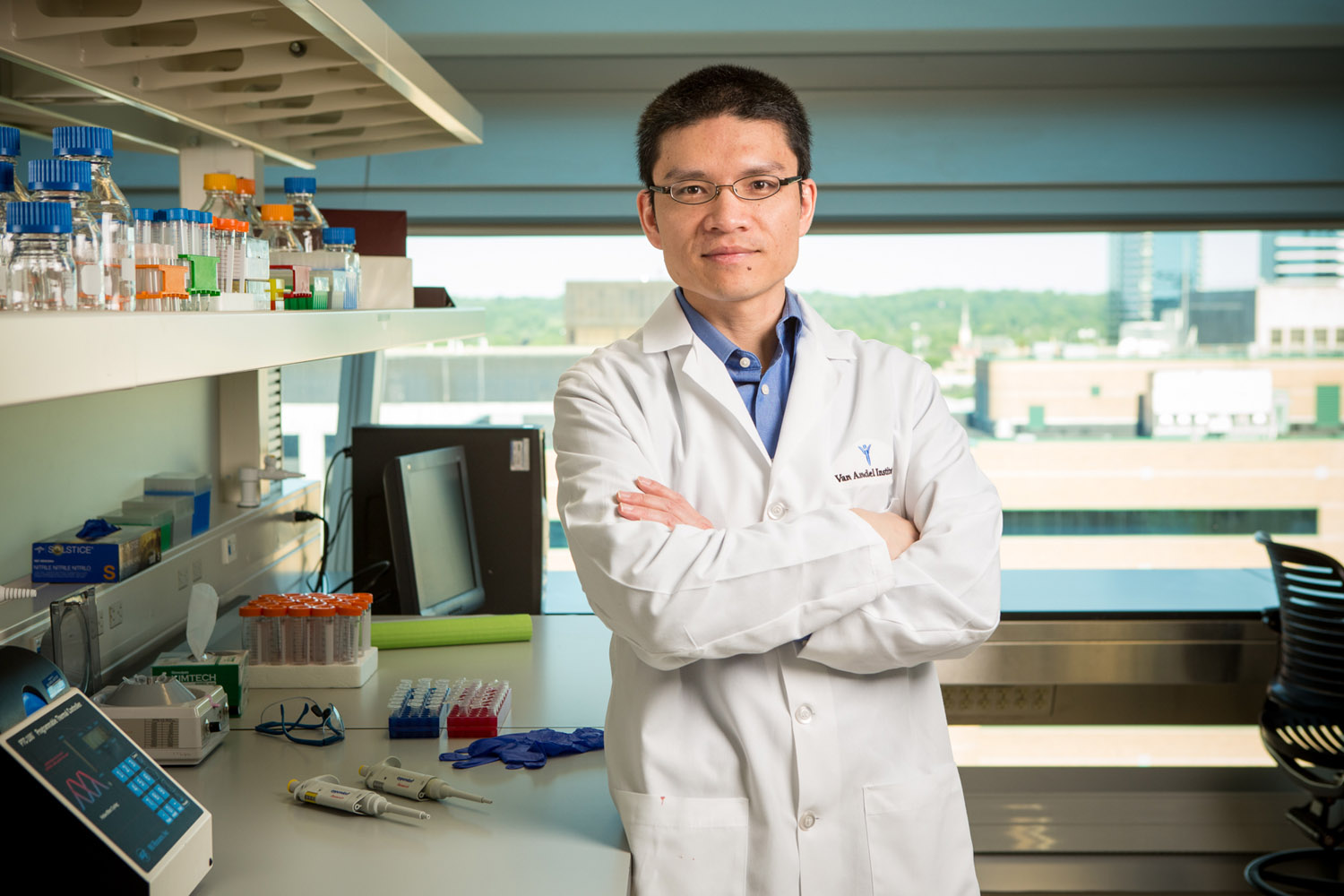 Dr. Yang – Making no bones about OA research and treatment

Dr. Tao Yang, an assistant professor at the Van Andel Research Institute (VARI), is striving to reveal the underlying causes of osteoarthritis. Interest in this research field was inspired by his grandfather. He saw his grandfather, an avid sports enthusiast, decline both physically and emotionally after OA halted his participation in physical activities. It became clear to Dr. Yang that OA had far reaching effects, extending much further than the physical pain and associated limited mobility. His interest in science was ignited at a young age as his father, a mechanical engineer, often spoke about science and technology. A young Dr. Yang devoured books on the subjects as they were readily available in his family home. Early encouragement in his endeavours has seen Dr. Yang became a force to be reckoned with in OA research.

Dr. Yang earned his Ph.D. in biochemistry from the Shanghai Institute of Biochemistry and Cell Biology at the Chinese Academy of Sciences and completed a postdoctoral fellowship at Baylor College of Medicine before joining VARI in 2013. In 2017, he was awarded a grant from the Arthritis National Research Foundation and, in 2018, he was named ANRF’s Frances D. Morongo Memorial Fellow.

Loaded genes – But what pulls the trigger?

Genetics play a key role in determining a person’s disease risk. Understanding which genes are associated with the development and progression of specific diseases and the mechanism behind the resulting disease state is key in providing targets for the development of new treatment options. Dr. Yang’s laboratory focuses specifically on the genetic factors that increase susceptibility to bone and joint disorders and has identified a number of genes linked to osteoporosis and osteoarthritis. The goal is to develop a thorough understanding of the role of these genes and how best to target them to improve treatment outcomes.

“Unfortunately, osteoarthritis is not curable at the moment due to the nature of cartilage and the lack of clarity about the disease’s underlying mechanisms. But these challenges are also opportunities.” Dr. Yang believes there are three key areas that will greatly advance research in the field of OA. First, new genetic and epigenetic screening techniques will contribute to uncovering the primary cause of the disease. Second, as aging is one of the greatest factors for development of bone disease, pioneering studies that indicate it may be possible to treat age-related diseases by actually delaying the aging process in certain cell types. This is an area of research which is currently receiving a large amount of attention. Third, Dr. Yang highlights the use of skeletal stem cells as a means to explore new opportunities to regenerate damaged skeletal tissue such as joint cartilage. 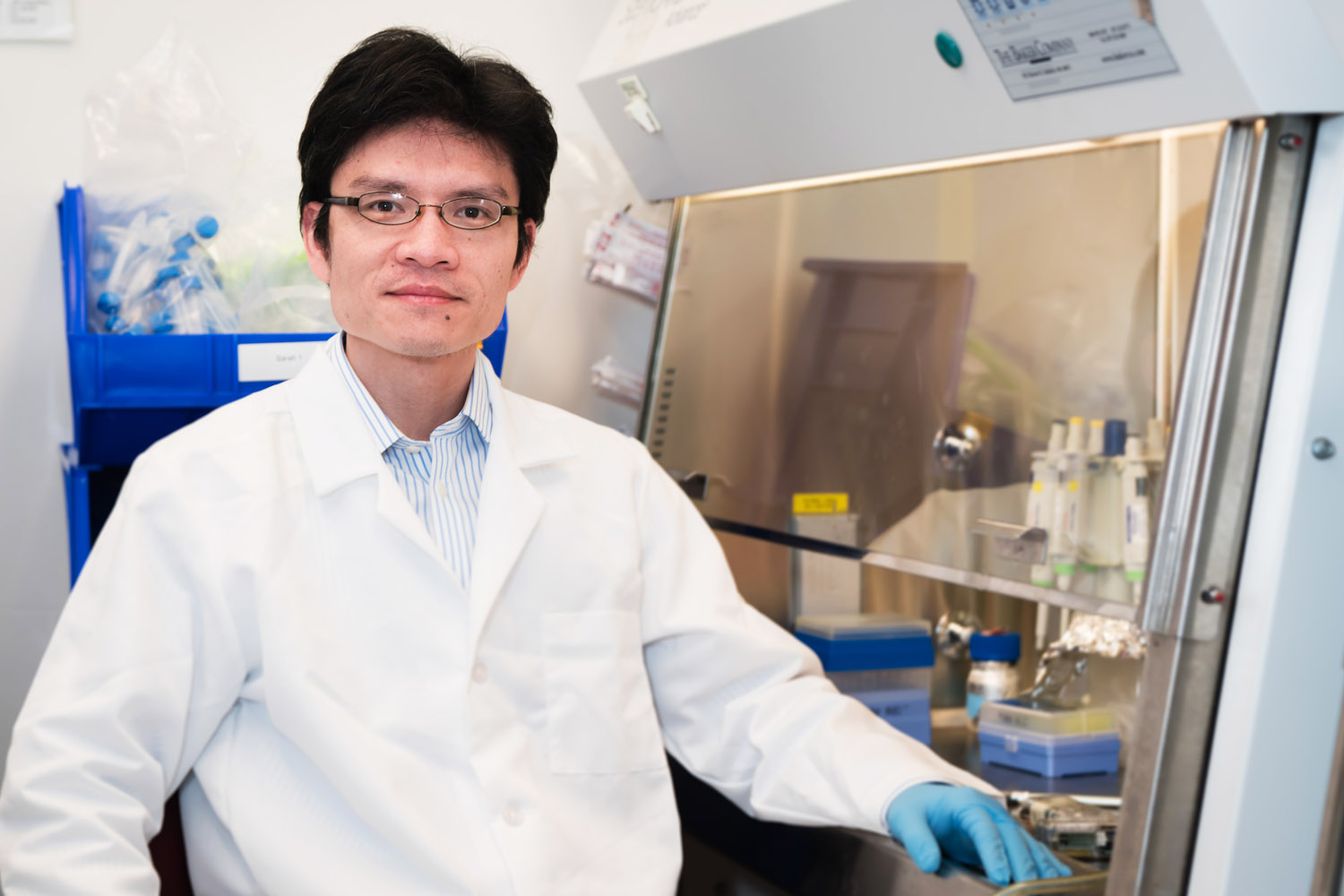 Stemming the Tide of OA

Our DNA, and the genes it contains, provides a code that our cells read. Ribosomes in our cells use this code to produce specific proteins that control numerous biological processes throughout our bodies.  Sumoylation is one of the mechanisms that our cells use that modify the basic form of these proteins by adding or removing small ubiquitin-like modifier (SUMO) proteins, altering the function of the original protein. Stem or progenitor cells are those which act as a pool of unspecialised cells from which more specialised and differentiated cells will be developed. Basically, stem cells have the ability to become numerous other types of cells which can then fulfil a specialised function. Sumoylation has emerged as a key mechanism in maintaining the balance of these “starter” or stem cells.

Osteoblasts are the cells in charge of bone building whilst chondrocytes are the cells that create and form part of our cartilage. The starter cells for osteoblasts and chondrocytes are osteochondroprogenitors (OCP). The development, growth and renewal of skeletal tissue relies on the correct functioning of these OCPs. The role of sumoylation, and the potential resulting cellular senescence, in the regulation of OCPs is unclear. Dr. Yang has been studying this process to better understand how our bone cells are modified and which changes lead to improper cellular responses and disease.

Dr. Yang and his team have been able to pinpoint a protein, SENP6, that has a key role in the sumoylation pathway. In mice, loss of this protein in the period after childbirth caused premature aging in the mice pups to occur. The team switched off the gene that produces the SENP6 protein in these mice and saw that they developed much smaller skeletons with higher levels of bone cell death. Additionally, the team found that in these mice there was increased senescence in OCPs, our bones’ starter cells, as well as mature chondrocytes, the cells that produce cartilage. Meaning a decreased pool from which new bone and cartilage could be formed from.

Once this key protein had been identified it was important to look at possible mechanisms through which it elicited its effects. The team was able to identify a second significant protein, p53, that was influenced by SENP6. They discovered that silencing the SENP6 gene, and therefore lacking SENP6 in cells, resulted in elevated p53 signalling. Together this led to increased levels in factors secreted by senescent cells (senescence-associated secreted phenotypes -SASP), indicative of greater levels of senescence in these cells.

The idea the SENP6 is influencing the cells through this p53 protein was further supported when the team silenced the gene that encoded for the p53 protein in these mice. In doing so they were able to induce partial rescue of the skeletal loss and reduce SASP in the cells resulting from the SENP6 loss. It was shown that SENP6 interacts with desumoylates in order to suppress p53 activity.

Collectively this data shows an essential role of the SENP6-p53 axis in the maintenance of OCP homeostasis during skeletal development. Understanding the role of these components in overall skeletal health is key in order to develop more effective treatment of skeletal disorders such arthritis.

ANRF is honored to have played a small role in this researcher’s exciting work. “Their support allows me to publish findings that form the basis of our major research areas, and the data generated from these projects will greatly enhance my opportunity to obtain federal funding in the future. I am very grateful for these philanthropic funds, which have tremendously helped me as a relatively new principal investigator to smoothly develop my scientific program in skeletal disease research.”

To learn more about Dr. Yang and his research please follow the link: