Erin Turns Life Around & Joins Racing For A Cure 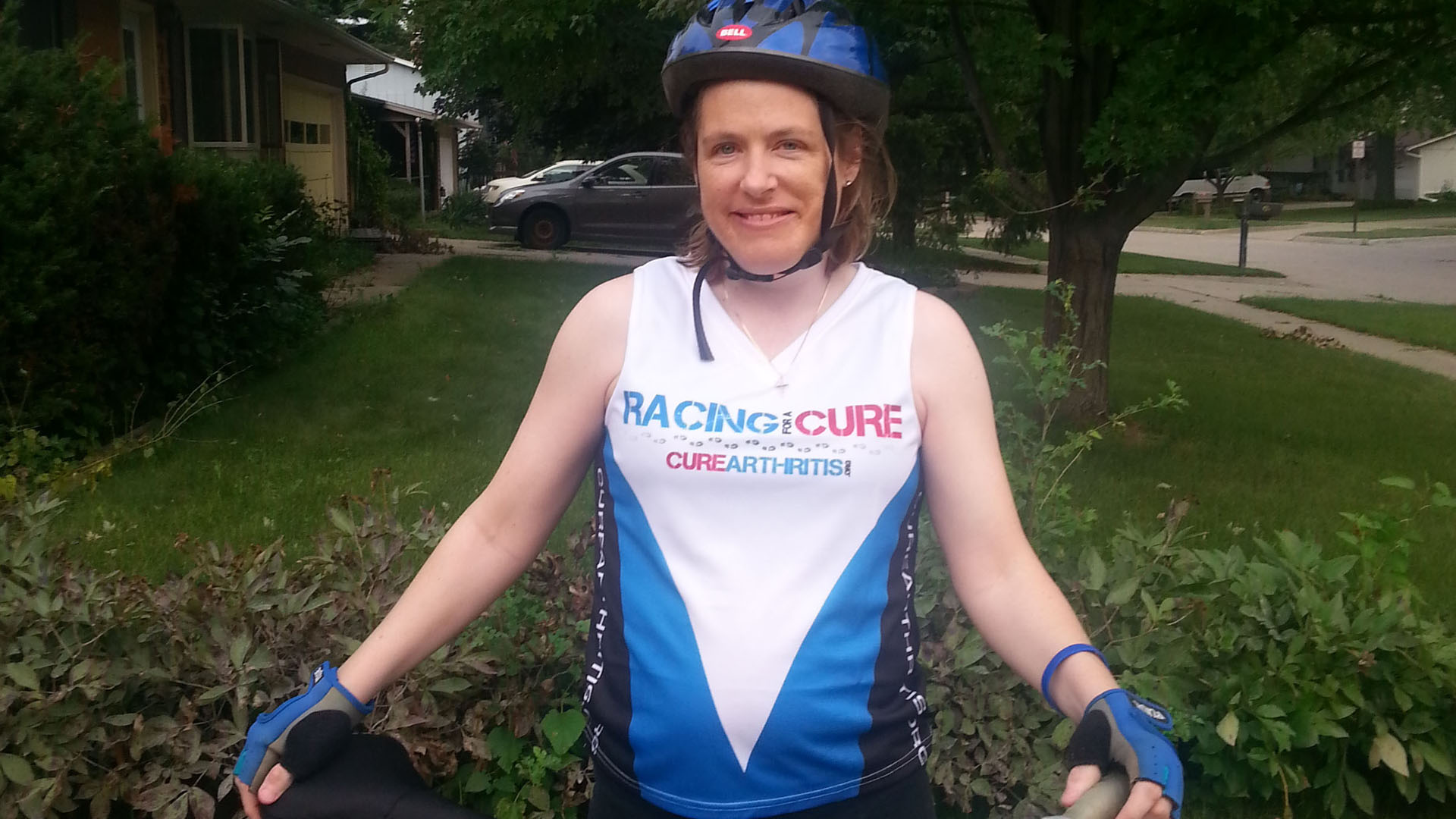 Erin Turns Life Around & Joins Racing For A Cure

Posted at 15:49h in Racing For A Cure by ANRF 3 Comments
Share

Erin Murphy suffered with juvenile rheumatoid arthritis her entire life. Now that she is almost forty, she has joined the Arthritis National Research Foundation’s Racing For A Cure program in an effort to raise awareness and money for arthritis research; check out her fundraising page to help her out! She’s on a great track now, but unfortunately, that was not always the case…

As a child, the genesis of Erin’s arthritis side effects was unknown. She was constantly sick, was forced to miss school, and had to give up her passion of playing softball throughout high school and college. Instead, she was ridiculed and bullied by her peers that didn’t understand her disease and the effect it had on her. She even lost a dear friend once she was finally diagnosed with arthritis.

Erin’s arthritis even impacted her family life, her condition being so bad at times that her younger sister feared for her life. As Erin recalls, her sister was not alone. Her family was devasted to watch as her arthritis took control of her body. She remembers a distance between them, as if no one really knew how to react around her after she was officially diagnosed.

As she grew older she began to embrace her disease and become more engaged in her life. Erin began truly valuing the positives and taking advantage of them. Because of this she now is regularly goes for bike rides, goes out dancing, and enjoys spending time with her cocker spaniel.

In an effort to keep her positive momentum flowing, she attended an event through Arthritis Introspective, a nonprofit that unites people living with arthritis during the prime of life through wellness education, empowerment and support systems, in Tucson, Arizona. Arthritis Introspective is also a community partner of ANRF. At the event, she met Derek from the Arthritis National Research Foundation and was inspired to join the Racing For A Cure team. Having an athletic background and knowing it supported a great cause in arthritis research, Erin couldn’t sign up fast enough!

When Erin was thirteen, she and her mother attended a Juvenile Arthritis Conference. At the conference she met a girl that inspired her to get up out of her seat, take walks, and stay active.

“She made me realize that if I was going to get from point A to point B that I needed to keep on keeping on,” Erin said. “If I had decided 30 years ago that I was going to give up and decide that my arthritis was going to win, I sure would not be in the place I am at now!”

And getting from Point A to Point B is exactly what Erin strives to do. Now that her pursuit for physical activity will be supporting ANRF’s Racing For A Cure team, she is eager to spread arthritis awareness and show support for the foundation.

Just like Erin, everyone diagnosed with arthritis has undergone some type of social hardship. At ANRF we want to foster a community of sufferers that can let out their pain. Comment below on something you struggled with while battling this disease. You are not alone!