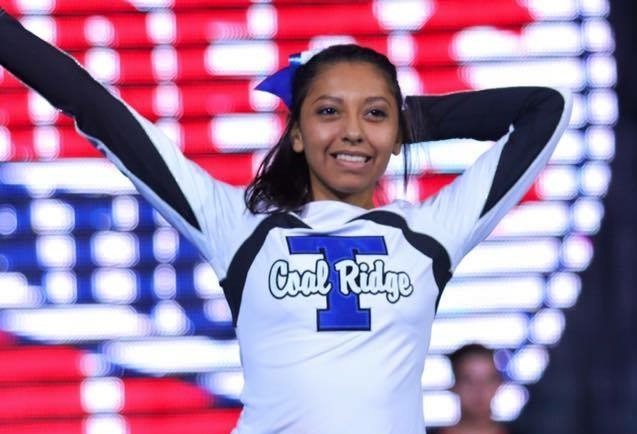 Being a teenager is tough, but being a teenager with juvenile idiopathic arthritis (JIA) presents a completely new set of obstacles. Britney Moreno, age 16, knows this all too well as she was diagnosed with juvenile idiopathic arthritis at the age of 4. Although she’s no stranger to the challenges of JIA, she has often struggled with accepting her disease.

“For awhile I refused to acknowledge that I had arthritis.” she admits. “In my mind, it wasn’t ‘normal’ for a teenager to have arthritis.”

Juvenile idiopathic arthritis comes with circumstances that often make children feel different. For instance, Britney wasn’t allowed to run around freely like all the other kids at school. She clearly recalls having to sit out when all her friends were playing sports while she had to watch the fun from the sidelines. For Britney and many kids with JIA, any extended physical activity resulted in swollen joints, causing pain from even the slightest movements.

These challenges made Britney resentful of her disease and she would often refuse to take her medication because she didn’t want to be different.

“I just thought my parents were trying to be mean to me by taking all kinds of medicine.” She dreaded any interaction with doctors, too. “Whenever I went to the hospital, it was never good news, so I hated it. My relationship [with arthritis] [was] just a nuisance.”

For years Britney tried her best to conceal her disease, just wanting to fit in like everyone else. Even her closest friends didn’t know. Once she started receiving weekly shots, it became harder for her to hide her secret. Event though she was a young girl in the 8th grade, she often asked herself why did she feel like she was 80 years old?

“My sisters and I made jokes about me being an old lady in a teenage body,” she says. However, Britney never realized that these lighthearted jokes would eventually turn her perspective around. She began to notice that the less pessimistic she was about her disease, the easier it became to accept it.

“Once you get older and accept it, it becomes a little easier to manage. You become more willing to do what is best for your health and that makes you happier, too.”

Although her juvenile idiopathic arthritis is serious, Britney realized that not every situation has to have a negative outcome. She decided that she would no longer allow her juvenile idiopathic arthritis to hold her back and she took a leap of faith by signing up for her high school’s cheer team. Her sister, a cheerleader, had infected Britney with a love of cheer. Britney also admired the dedication and effort put in to every performance and she was determined to be a part of the team.

However, her biggest motivation was a reminder of her past: “The thing that really made me want to join cheer was that I wasn’t allowed to do any sports when I was in middle school. I wanted to prove everyone wrong who said that I ‘couldn’t do anything’.”

Working Hard Through the Pain of JIA

While Britney has to push herself harder than the other girls on the team in order to manage her pain, her teammates are very supportive. “They understand that it’s hard for me to do some things and it helps me know that they don’t do anything to exclude me.” She knows that she will have do conditioning during some practices, pushing her body to the limit. But Britney powers through with the help of pain medication and a desire to succeed. After two years on the team, she has no plans to stop. She is also actively involved in pageantry and hopes to attend UC Berkeley and eventually law school after she graduates from high school.

Britney has experienced the strain that juvenile idiopathic arthritis puts on kids firsthand. By lending her voice to the Arthritis National Research Foundation, she wants become proactive in getting involved. She hopes to inspire younger kids by encouraging them to pursue their goals and to not allow negativity to weigh them down.

“It’s okay to be different, but it’s not okay to let it restrict you from doing the things you want to do… be open to new ideas and try things that you want to do, even if it means more work.”

Make juvenile idiopathic arthritis a disease of the past by supporting arthritis research today!