Flowering Among the Weeds of Rheumatoid Arthritis 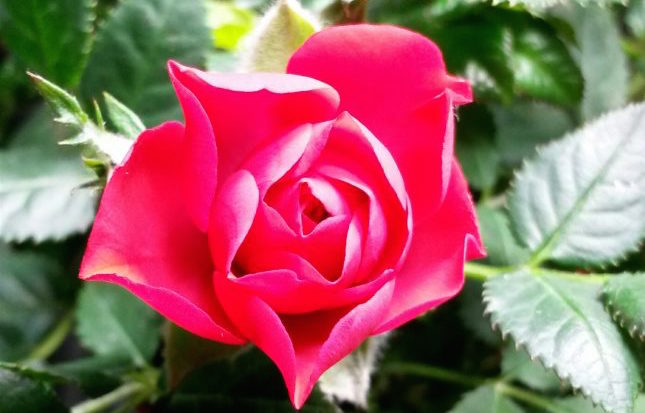 Flowering Among the Weeds of Rheumatoid Arthritis

Posted at 15:17h in Rheumatoid Arthritis by ANRF 0 Comments
Share

Sharing your life with a chronic disease like rheumatoid arthritis can be extraordinarily discouraging. It robs us of who we thought we were and what we hoped to be; healthy, normal, and full of youthful vigor. The health once known now riddled with weeds of disease emerging from beneath our shell. The aching inflammation takes over and serves as a constant reminder that life will never be the same as it was before disease.

There will be the impossible days, along with those awful hard days, even some seemingly better days, hopefully followed by some wondrous days that leave us feeling less guilt about coping with it all. But even during those most impossible days, there is a strength rooted within you, just waiting to bloom. It took a while for me to dig around in the dirt and find it buried under all the weeds. There were times I even doubted that it had survived the bone chilling nature of my disease. But there that little bulb was, nestled deep, stubborn enough to still sprout fire.

“A fiery flower among the weeds.” via @GalWithGloves #rheum #CureArthritis Read more @ CureArthritis.org/flowering-among-weeds-rheumatoid-arthritis
Copy and Paste or Click Here

It all started at the point in one’s youth where you really start to look forward to adulthood and make plans for the future. Instead, I found myself and everything I knew crumble from the inside out into rubble. Void of all hope that I could ever hold myself upright again as a bright shining jewel of health, I felt reduced to aching stone and aged before my time. At the age of sixteen, I was diagnosed with Rheumatoid Arthritis. Rh positive, nodules sprouting along my knuckles, with joint deformity staking its claim to weaken me.

In an attempt to make sense of my diagnosis, I felt that I must have done something to deserve this punishment. Was it from misbehavior? Had I spoken back too much? Surely it had to be from the chocolate I had sworn to give up on Lent, but ate anyway. Was it me? Something I did or perhaps even didn’t do? What could anyone have done to deserve this? If I did something differently, anything differently, would it stop and let me have my life back?

I felt like “Cripple Van Winkle.” To wake up one day and find everything you knew and trusted about your body has been rewritten in a language that no one can exactly decipher, a new code with origin unknown.

I first noticed that something didn’t seem right during gym class. It was halfway through the Fall term, the point where range of motion should be increasing and yet I noticed a new resistance and fatigue. Throughout the school year, this disease nestled deep into my joints to make its nest, spreading around to wrap up my body in its wings of constant pain and inflammation. It hurt to move. It hurt to remain still in this cocoon of disease. It simply hurt too much to even want to live, let alone live with it. Most nights, I sobbed myself to sleep. I wanted so much for the sharp and dull aching to stop, even if it meant not waking up. I thought I was weak. I felt like a teenage feeble freak with nothing to live for anymore.

But in my early twenties I developed an infection that nearly killed me. Only then did I start to unearth the courage that Rheumatoid Arthritis gifted to me. A hardy bulb thought dormant with roots reaching deep into my heart and soul. The doctor informed me that I was not expected to survive that night in the ICU. I found myself fighting to dig in and hang on despite the odds stacked against me. After multiple tests, doctor visits, hospitalizations, and my heart opened up twice for repair, I was still alive and kicking. Not only could I hear it thanks to my new ticking heart valve, but I could also feel it due to the Rheumatoid Arthritis. I still ached, taking a newfound comfort in my disease. I made it. It finally felt good to be alive.

The body is a garden to tend dearly, no matter the changing conditions nature rains upon our health. We often wish so much for a restoration of our previous physical health that we forget the strength planted long ago in our very human nature. More than physicality, it takes an inner persistence to survive in this world.

At the start of this journey, I viewed Rheumatoid Arthritis as an incurable curse, poisoning me with destruction from the inside out. But over time, I found my original judgement was not only unfair to myself, but even unfair to my disease. The Rheumatoid Arthritis planted the seeds of strength I needed in order to bloom in spite of it, a fiery flower among the weeds.