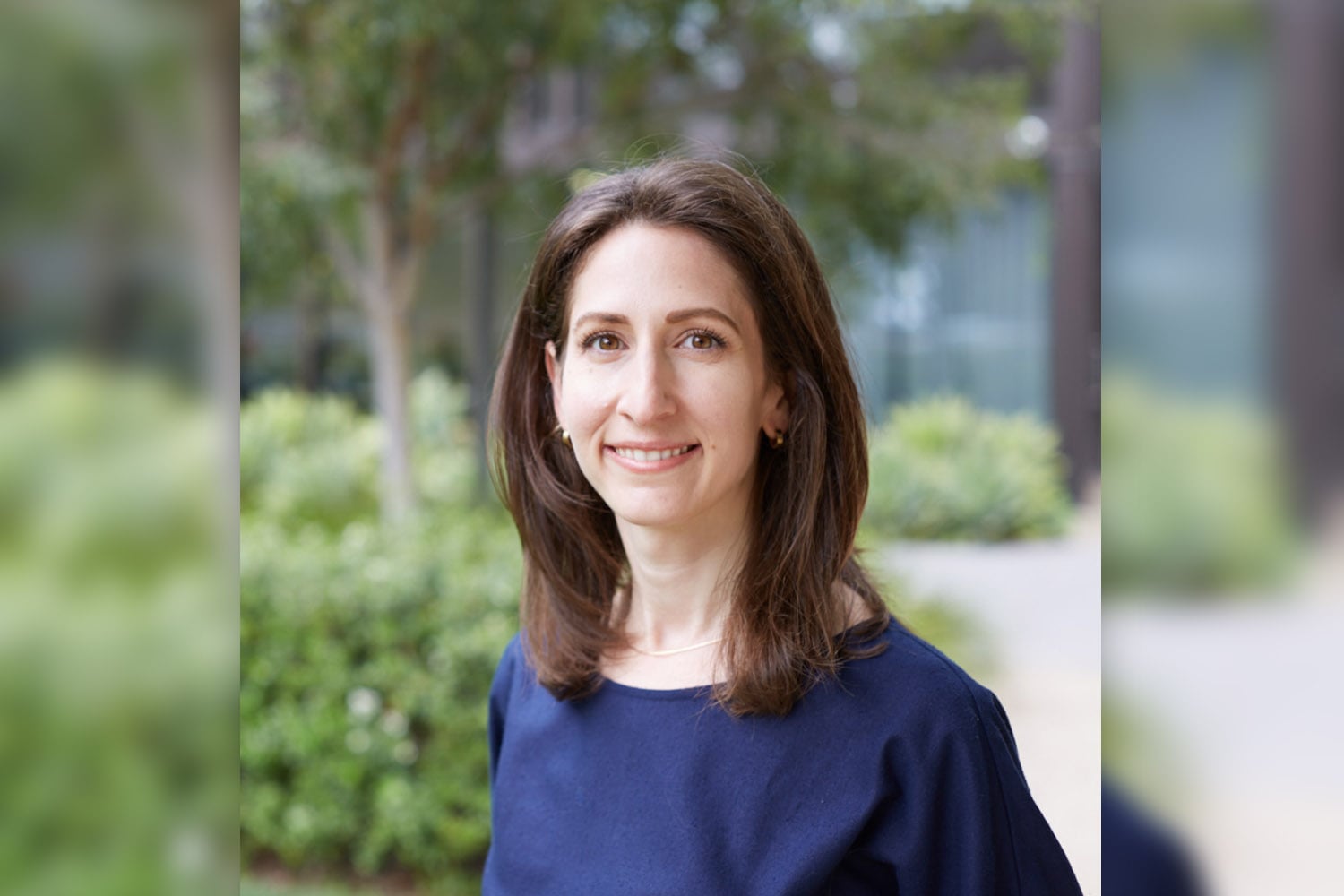 Dr. Judith Ashouri-Sinha has a personal connection to Rheumatoid Arthritis (RA) that has been the driving force behind her motivation to work in research. As a child, she experienced the impact of RA in her own home, witnessing the struggles her mother endured as a sufferer of severe and debilitating RA, which eventually lead to her mother’s passing. Instead of allowing these experiences to hamper her, she used them as the foundation from which to begin her fight against this devastating disease.

Her undergraduate studies at UCLA focused on clinically relevant treatments for multiple sclerosis (MS) using mice as a model, particularly looking at treatments that modify the neuro-endocrine-immune-axis. This work resulted in two publications and provided a sound base from which to further her research goals in the field of autoimmune conditions.

In 2008, Dr. Ashouri-Sinha completed her medical degree from UCSF. During this time, she received a competitive grant to undertake a yearlong research fellowship at the Hannover Medical School in Germany. The time spent in this laboratory highlighted the significance of defining and understanding intricate cell-signaling pathways as a means of improving immune therapies.

After completing her residency at Stanford, she was motivated to enter a career in Rheumatology and Immunology. To this end, she pursued a research fellowship in rheumatology at UCSF. While working in the laboratory of Dr. Arthur Weiss, a world expert in T cell signaling, a pilot study yielded interesting and novel data. The data suggested that it may be possible to identify antigen (Ag)-specific T cells in arthritic joints from the SKG mouse model of RA. These findings led to a new project to characterize the immune cells driving autoimmunity in these mice. It was during this period that Dr. Ashouri-Sinha took time off from the laboratory to care for her mother, who required home hospice care. Later that same year, Dr. Ashouri-Sinha gave birth to her first son. Despite these poignant events, she obtained several competitive grants including the Rheumatology Research Foundation (RRF) Scientist Development Award, RRF K-Bridge Award, the UCSF-Stanford Arthritis Center of Excellence pilot funding, the Laura Bechtel Scholarship for Promising Young Faculty at UCSF, as well as becoming an Arthritis National Research Foundation (ANRF) fellow in 2018. The advancement of her research, even during personally challenging times, demonstrates her drive and determination to improve RA treatment options.

Currently, Dr. Ashouri-Sinha is an assistant professor of Rheumatology in the Department of Medicine at the University of California San Francisco. She uses both mouse and human models to investigate CD4 T cells (generally accepted to contribute to RA pathogenesis) from RA patients, looking at their activation by proteins via their T cell receptors. She is specifically concentrating on how T cells with relatively deficient T cell receptor (TCR) signaling may contribute to arthritis development. While investigating TCR specific signaling events, Dr Ashouri-Sinha provided key evidence that helped reveal a sharp TCR signaling threshold for commitment to cell division using a novel reporter of TCR signaling. Furthermore, she validated the use of this reporter to identify human Ag-activated T and B cells, which help to understand early events in human disease. Determining the contribution of these activated cells to the development of RA could lead to the discovery of therapeutic targets, which may offer alternative therapeutic options.

To the Individual and Beyond

The ANRF grant allows Dr. Ashouri-Sinha to pursue her short-term goal to identify and study arthritis-causing T cells before and during RA disease development, as well as her long-term goal to identify inciting antigens. The ANRF grant was also instrumental in another individual’s journey, allowing Dr. Ashouri-Sinha to hire a laboratory technician. Her technician is pursuing a research career and is preparing to apply to graduate school. Dr. Ashouri-Sinha strongly believes in mentoring students and is grateful to be able to do more of this as a result of grants.

Dr. Ashouri-Sinha has benefited greatly by being in a research environment which is both supportive and innovative, with her mentors encouraging her work and her career objective to become an independently funded physician-scientist. Although she has already achieved a great deal, Dr. Ashouri-Sinha has higher ambitions for herself and her research. In order to advance her skillset in translational immunology, she is looking to undertake further training in advanced human immune phenotyping and bioinformatics. This additional training will provide a critical foundation to pursue her ultimate goal of identifying targets through which to mitigate early events in the development of RA. ANRF is delighted to play a small part in assisting Dr. Ashouri-Sinha to achieve this goal and wish her well as she continues to wage war against RA.

Make a difference and have an impact by making a donation to support more rheumatoid arthritis research today!