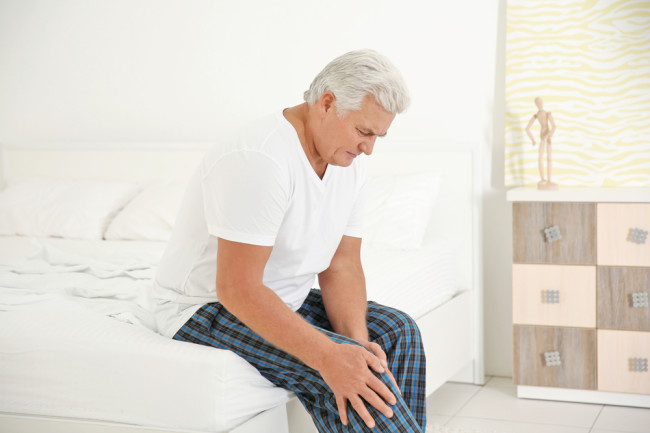 Posted at 13:40h in Uncategorized by ANRF 0 Comments
Share

If you get a cut, it’ll heal. If you lose some skin to road rash, it’ll grow back. But lose a limb, and it’s gone for good. Unless you’re a salamander, a zebrafish or an axolotl, of course — all of which can regrow missing limbs. Now, scientists find that some of the molecules crucial to that process are at work inside of us.

Specific microRNA molecules are key to limb regeneration in salamanders. It turns out that similar molecules in our own bodies can produce new cartilage to heal old injuries in our joints — countering previous beliefs that our joint cartilage couldn’t repair itself.

The discovery that the molecules are active in our leg joints might help scientists unlock new treatments for arthritis, soothing aching joints by promoting the growth of new, cushiony cartilage.

“So much is known about zebrafish and salamander limb regeneration, so how can that now be harnessed to accelerate human tissue repair?” says Virginia Byers Kraus, a co-author on the paper and molecular biologist at Duke University.

Kraus and her team made the discovery, published this week in Science Advances, while studying human cartilage left over from surgery. MicroRNAs with functions similar to those that help limbs regrow in salamanders turned up, a clue that the cartilage might have previously undiscovered regeneration abilities.

To find out, the team looked at how old the cartilage was, tipped off by slight chemical changes the tissue adopts as it ages. Extracting the proteins and examining them with a process called mass spectrometry let Kraus and her team see how old the proteins were. As the researchers moved from the hips to the knees to the ankles, the proteins got progressively younger. It meant the cartilage was renewing itself, and at a faster rate the farther down the leg they went.

That’s similar to how a species like axolotl regrow parts of themselves, Kraus says. The tip of a tail has a better chance of coming back repeatedly than does an entire limb, for example.

Confirming that similar processes are working in different species means the scientific community can identify which microRNAs humans lack or have in short supply. Boosting their production in joints could, for example, slow cartilage degradation and maybe stop osteoarthritis. The condition, where joint cartilage degrades and makes moving painful, is one of the most common causes of disability in the world. Currently, the only option for treatment is to replace the joint entirely. If the tissue could be prompted to regenerate itself, then patients could avoid the pain and intense surgeries.

Some are already experimenting with injecting these microRNAs into mouse joints. Kraus and her team have applied for funding to conduct similar experiments and slow down the development of osteoarthritis in animals.

It’s possible that if researchers assemble the right combinations of microRNA, the molecules might one day even promote limb regrowth after traumatic accidents, says Kraus. For now, she has her sights set on arthritis. “I’m hopeful that the condition is going to become not just something that happens with age, but an exciting research area that gets a lot of attention and therapeutic advances,” she says.