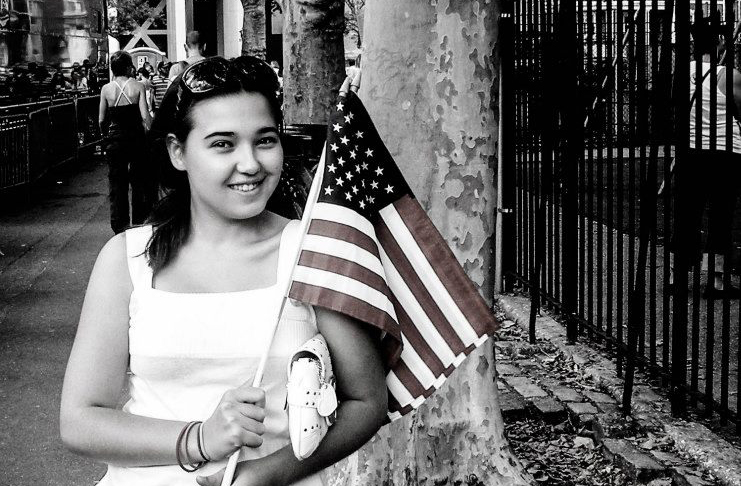 Posted at 16:58h in Blog, Juvenile Arthritis, Kids Get Arthritis Too by ANRF 0 Comments
Share

Putting on socks, opening the fridge, tucking in the sheets, climbing stairs; not your average, everyday challenges – unless of course, you are diagnosed with juvenile arthritis.  Shelley Rose Pomeroy Cook was diagnosed with juvenile rheumatoid arthritis at age four and has been living with the disease for most of her life.  Her case is a unique one though because she spends her time split between America, her home country, and Switzerland, where her parents are based for work.  Living on two continents has shown Shelley two varying sides of living with arthritis and has made her a worldlier person.

However, it took Shelley a long time to reach a place where she could feel as good as she does today.  Just three short years ago, in the midst of an “acute illness”, Shelley suffered retrograde amnesia, which left her without any memory of anything that occurred prior to the sickness.  As a result, she can only speak candidly about the past eighteen months living with her JRA, because those are her only conscious memories.  Unluckily for her, her arthritis came roaring back in the past fifteen months after a two year hiatus, so the pain she was faced with all her life reintroduced itself to her.

Over the past year and a half, weeks passed where the only thing that Shelley could bear to do was curl up in her bed and rest.  She was unable to dress herself, lift a cup, brush her teeth, and walk.  During most days she was either deprived from loss of sleep due to pain, or completely incoherent from the effects of the drugs.  Additionally, it was hard for her boyfriend and father to watch her suffer through her pain when there was nothing they could do to help.

Shelley’s juvenile rheumatoid arthritis reaped havoc on her social life as well, in both her past and present.  As a child she was unable to participate in recess playtime with her peers and she had to miss gym class because of her joint pain.  Thus, she was ostracized from her friends, solely because she was “different” and had a disease no one really understood.  As a former dancer, she had to quit her ballet studies, despite her principal position with both her American and European companies.  Consequently, she had to devote all her energy into her studies and became completely immersed in academics, which, in retrospect, helped her in a myriad of ways.

After an onslaught of medications and different therapies trying to decipher the best remedy for her condition, Shelley found that MTX and Enbrel were the medicines that helped her best and allowed her live mostly pain free.  Sometimes she is lucky to even forget that she has juvenile rheumatoid arthritis.

“Truthfully, I have also been extremely fortunate. Despite the aggressive activity of my JRA, my medications have essentially given me my life back,” she confessed.  “So long as I am consistent with the treatment, I am capable of doing almost all activities, for which I am thankful.”

What is juvenile arthritis?

On the topic of arthritis research, Shelley hopes to see improvements and eventually the same attention paid to arthritis as cancer, cystic fibrosis, and Alzheimer’s disease.

However, there are many differences between the United States and living abroad, especially on the juvenile arthritis front.  Living in Switzerland, a country with one of the most outstanding healthcare systems in the world, is beneficial because of the billions of dollars the government pours into research.  On the same token, the quality of doctor-patient relations suffers because of it.

“My doctor’s overseas don’t really ‘care’ about me; they seem to treat their patients like a number,” Shelley claimed.

According to her, because of the high emphasis placed on research, doctors make pharmaceuticals their first priority, often diagnosing patients and prescribing medications within minutes of meeting them.  For Shelley it has been a struggle because she does not have providers that can answer her questions and discuss her concerns.

Shelley’s rheumatologist in America though, is like a father figure to her.  He has acted as her nutritionist, therapist, and confidante through her struggle with her disease and while he doesn’t have all the answers, gave her peace of mind and a sense that he is trying to find ways to help her in the long run.  Both countries have their advantages and disadvantages, and Shelley feels lucky to be in a position to accept the best of both.

Living abroad has certainly opened Shelley’s mind and made her respect other cultures in a much more accepting way than most.  And just like she has embraced other countries and ways of life, she is excited to embrace her next big culture-shock; college.  As she nears the end of her senior year of high school, she looks forward to attending school in Wisconsin and majoring in international relations or psychology next fall.

“I want people to know that they are not alone,” Shelley said.  “I want to tell them to reach out and ask for support.  There is a community out there going through the same thing as we are.”

As she is eager to start the next chapter of her life, Shelley knows that with her positive attitude, solid support from her family and doctors, and a strict medical regimen, she will make the best of her situation and continue her battle with juvenile rheumatoid arthritis.