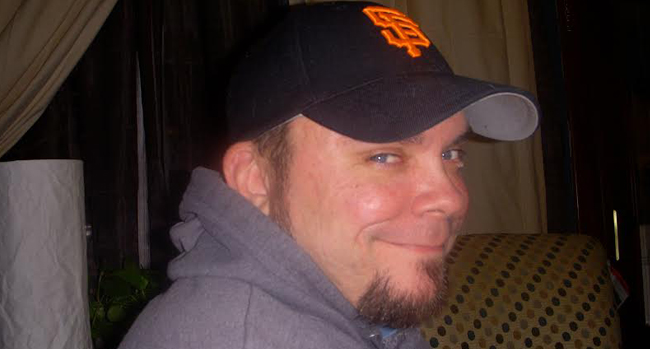 Posted at 17:00h in Juvenile Arthritis by ANRF 0 Comments
Share

Kevin was diagnosed with juvenile rheumatoid arthritis when he was just an infant. Now at age 39, after living with JRA his entire life, he has endured two hip replacement surgeries, countless medications, and everyday pain which has given him every reason to feel defeated, sad, and depressed. However, because he never knew a life without arthritis, Kevin takes each day in stride and focuses on the positives, singing his way through each day while trying to make as many people laugh as he can.

As a taxi driver, Kevin gets to use his social skills to talk to new people every day. He describes himself as a hard worker who is very caring and compassionate that does not judge people before he knows them, because as he knows, everyone is fighting a different battle. And while he totes passengers around in his cab each day, he sings to them, in an effort to make them smile.

“Oh, my poor customers that have to ride with me,” he laughed. “But I haven’t gotten any complaints…yet!”

As a child, growing up seemingly different from other children can be hard, let alone having a debilitating disease like JRA. Kevin’s arthritis not only affected his joints, but also physically hindered his ability to walk. His parents were forced to make him a priority over his siblings and had to take time off of work to fit in numerous doctor appointments to keep his illness in check.

“I feel like arthritis has taken away something from me that I can’t really explain. I just wish I could have done things when I was younger that the other kids could do like run, jump, and not be made fun of by the way I walked,” Kevin remembers. “I still can’t walk past a reflection of myself. I even judge the way I walk.”

Because he has only known a life with juvenile rheumatoid arthritis in it, Kevin’s not sure how he would have ended up if he was never diagnosed, but he is ardent not to let the disease ruin his life now. He admits that sometimes he gets down and depressed and has low self-esteem when thinking about how arthritis has affected his body, but he tries not to dwell on the negatives. He says that he is hard on himself and expects to do everything someone not affected by arthritis can do, within reason.

Kevin’s doctor is still sure that his arthritis is active, but a recent blood test said otherwise. Until the pain subsides and he does not experience joint flares though, Kevin remains skeptical. Additionally, as is the case with many other autoimmune sufferers, his condition has prevented him from engaging in organized sports and going after certain careers because of the amount of walking and/or standing involved.

The one thing has has not failed Kevin over the years though, when sometimes his body would, was his positive disposition and outlook on life. He was an Easter Seals Ambassador in 1978, where he advocated and offered services to others with disabilities to address life’s challenges and meet personal goals. He even remains hopeful for the knee surgeries that he will need in the future, despite not having health insurance.

As an all-around good man, Kevin speaks up to educate those with preconceptions about arthritis and tries to raise juvenile arthritis awareness when he can.