I Love My Life, But I Admit My Life Is Very Hard | Juvenile Rheumatoid Arthritis 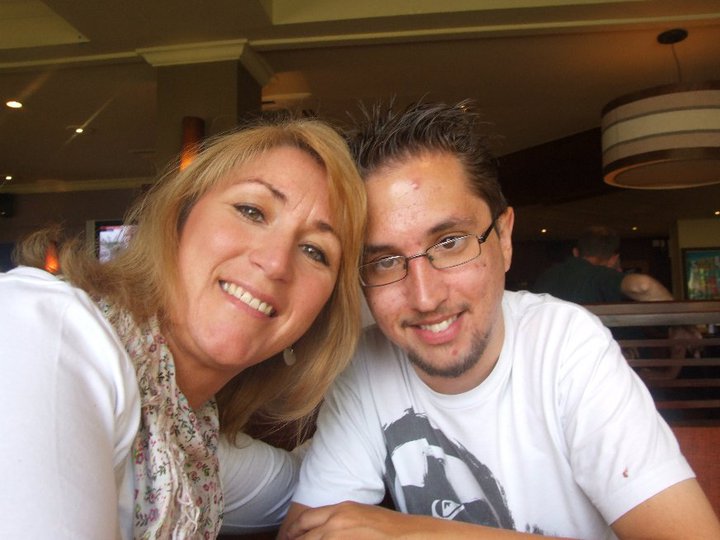 I Love My Life, But I Admit My Life Is Very Hard | Juvenile Rheumatoid Arthritis

David Leonard knows what it’s like to hit a roadblock. For the past two decades he has tried nearly every treatment available for his juvenile rheumatoid arthritis, but despite his best efforts, his disease is still very active. The lack of marked improvement in symptoms would be devastating to just about anyone, but David hasn’t let that get in the way of his positive disposition.

Throughout his life, David had to make some serious decisions about how to move forward and has opted for a number of joint replacement surgeries once his own joints became damaged beyond repair. Now, he is coming forward with his story to share that even the most challenging obstacles can be faced with hope, courage and a smile.

“I’ve been going through this ordeal since I was ten years old without knowing anyone with the same condition and I never really got any advice along the way,” said David. “I would be crushed if someone else was out there feeling lost and alone like I was.”

David is 31 and lives in Liverpool, England. Since his childhood, he has tried the gamut of treatment options, including medications, injections and physiotherapy. However, nothing seemed to ease his suffering and he has significant damage inflicted upon his joints from his juvenile rheumatoid arthritis.

“I love my life, but I admit my life is very hard. My inflammation levels are always elevated, so I feel awful all the time. I never have any energy and even the simplest tasks, like walking to the kitchen, can sometimes seem almost impossible.” 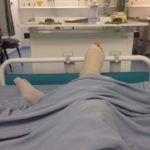 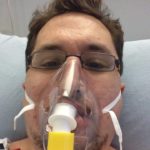 As a last resort, to help treat his joint pain and damage caused by juvenile rheumatoid arthritis, David’s doctor recommended joint replacement surgery. Not just one joint, so far, he’s had roughly a dozen joint replacements – including his shoulders, hips, hands, feet, ankles and an impending elbow surgery down the road. Most of these surgeries were completed one after another within a span of just a few years, which led to an excruciating and protracted recovery period. However, each surgery brought David a small step forward to physical freedom from the disease that had previously limited him so greatly.

“I spent my teenage years in a wheelchair. When I was I was eighteen, I managed to get out of it and that was a major victory for me. No matter how many operations I need, I’ll do it as long as it means I never have to go back in that wheelchair!”

While his joint replacements are invisible, David’s most prominent trait he possesses is his upbeat, positive personality, which has helped him cope with the most challenging of obstacles. But he also shared that it hasn’t all been perfect, he has had struggles with depression due to his illness causing him to reflect and question how he wants to lead his life. Knowing this makes his current positivity just that much more inspiring and hopeful. He looks to and finds support in his family, who has been understanding and has always been there to lift him up. However, the times he lives for are when the tables are turned, and it’s David, who’s infectious spirit, lifts up his family in return.

“David is the strongest and bravest person I know,” said David’s cousin, Carly. “Even though he suffers every second of the day and goes through traumatic pain, he will never let it bring him down in front of others. He is always happy and an amazing person to be with. You never feel sad around him. He always stays positive.”

David has tried nearly every medication available for his juvenile rheumatoid arthritis and has failed to see success with most of them. He believes that constantly developing new and improved medications can ensure that a wider range of options that patients can benefit from. That’s exactly why he wants to see continued progress with arthritis research, not only for him, but for generations to come.

“Many of my joints have already been replaced, so I fear there’s not much more than can be done for me. However, I firmly believe that the work the Arthritis National Research Foundation is doing will help future generations.”

Help fund the next research breakthrough by making a donation to today!

With his positive mindset and passion for life, David is not just getting by, but thriving despite his juvenile rheumatoid arthritis. By speaking up about his trials and tribulations, David is making sure that others with juvenile arthritis know that life with arthritis isn’t the end of the world. David has endured numerous medical hardships, but thanks to his infectious smile and hopeful spirit, the only way one would be able to tell is with an X-ray machine.

“I want my story to give others comfort that they’re not alone and I especially want parents of children with arthritis to know that their child can grow up to live a happy life.”

Does David’s positivity and hopeful spirit inspire you? Tell us about it in the comments below.