The annual Meet the Scientists event was held on March 28, 2018 in Newport Beach, California. The event gave donors the opportunity to meet with ANRF-funded researchers working towards a cure for arthritis and other related autoimmune diseases.

This year’s event was filled to the brim with monumental moments. As guests stepped in to the venue at the Balboa Bay Resort, they were greeted with a hallway lined with posters on the Foundation’s current scientists and the work being funded. From there, attendees had the opportunity to buy raffle tickets, meet and greet with the scientists, check out items in the silent auction, take scientific photos in the selfie booth and enjoy the opportunity to get inside the minds of the brightest young scientists searching for a cure for arthritis and the related autoimmune diseases.

This year marked the final Meet The Scientists event for Helene Belisle, who started the event over 10 years ago serving as the Executive Director. As of April 1, 2018 Mrs. Belisle retired from the Foundation after 22 years of service. Derek Belisle, her son and the Marketing Director of ANRF, presented her with a lifetime achievement award, to celebrate her time and successes as the leader of the Foundation. 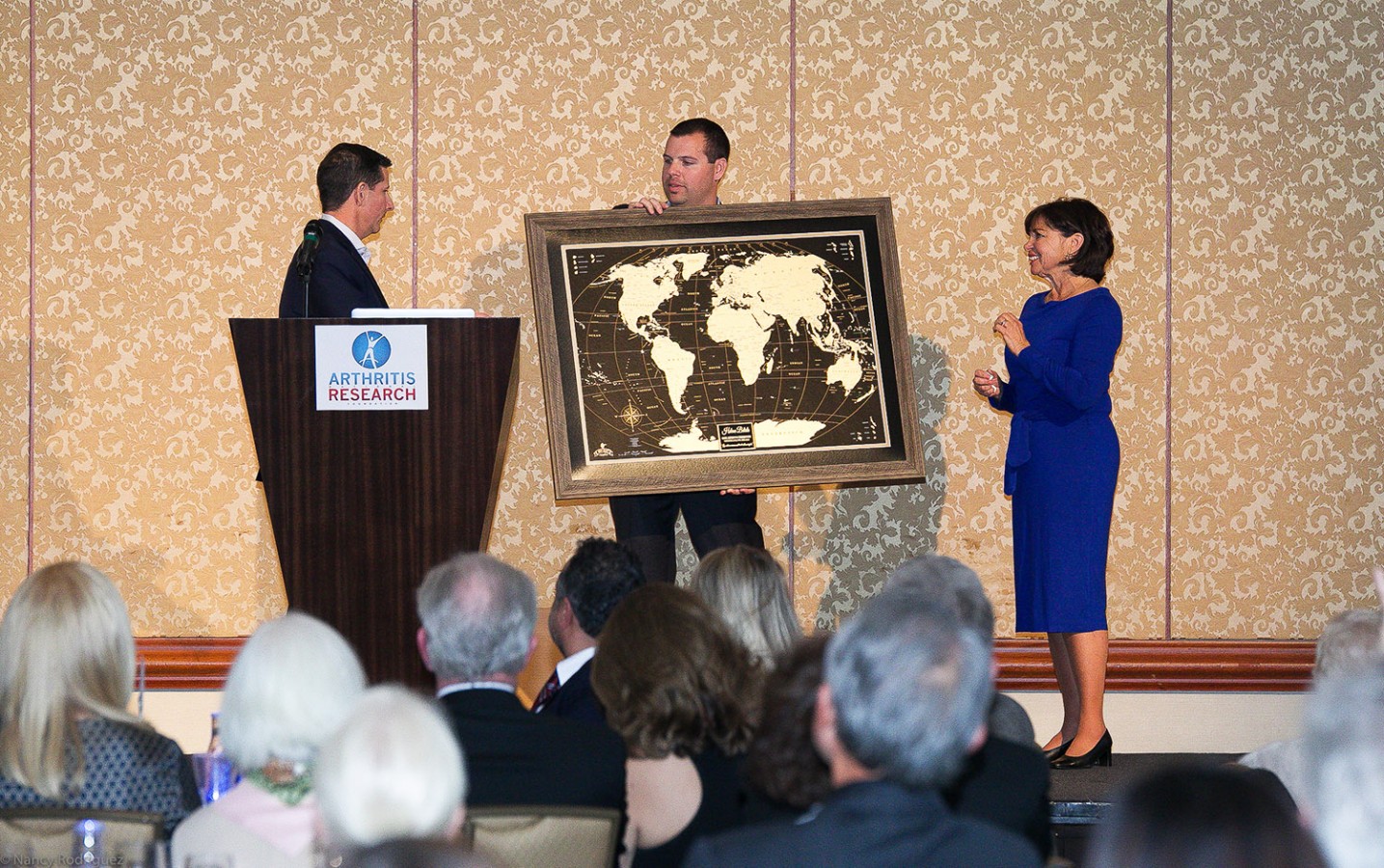 During her time as the Executive Director, Mrs. Belisle made a deep impression on everyone who interacted with her. The guests at the event were no exception; the ballroom was filled with people who have been positively impacted by her presence. By the time Mr. Belisle’s speech was over, there wasn’t a dry-eye in the room.

In addition, board member Britt Meyer stepped down from her position on the Board of Directors. She received a special presentation in her honor of her 15 years of service during the event. “We wanted to show Mrs. Meyer how much we appreciate her for all she has done for the Foundation over the years,” said Mrs. Belisle. Mrs. Meyer’s financial and community support has undoubtedly made a large impact on the world of arthritis research. 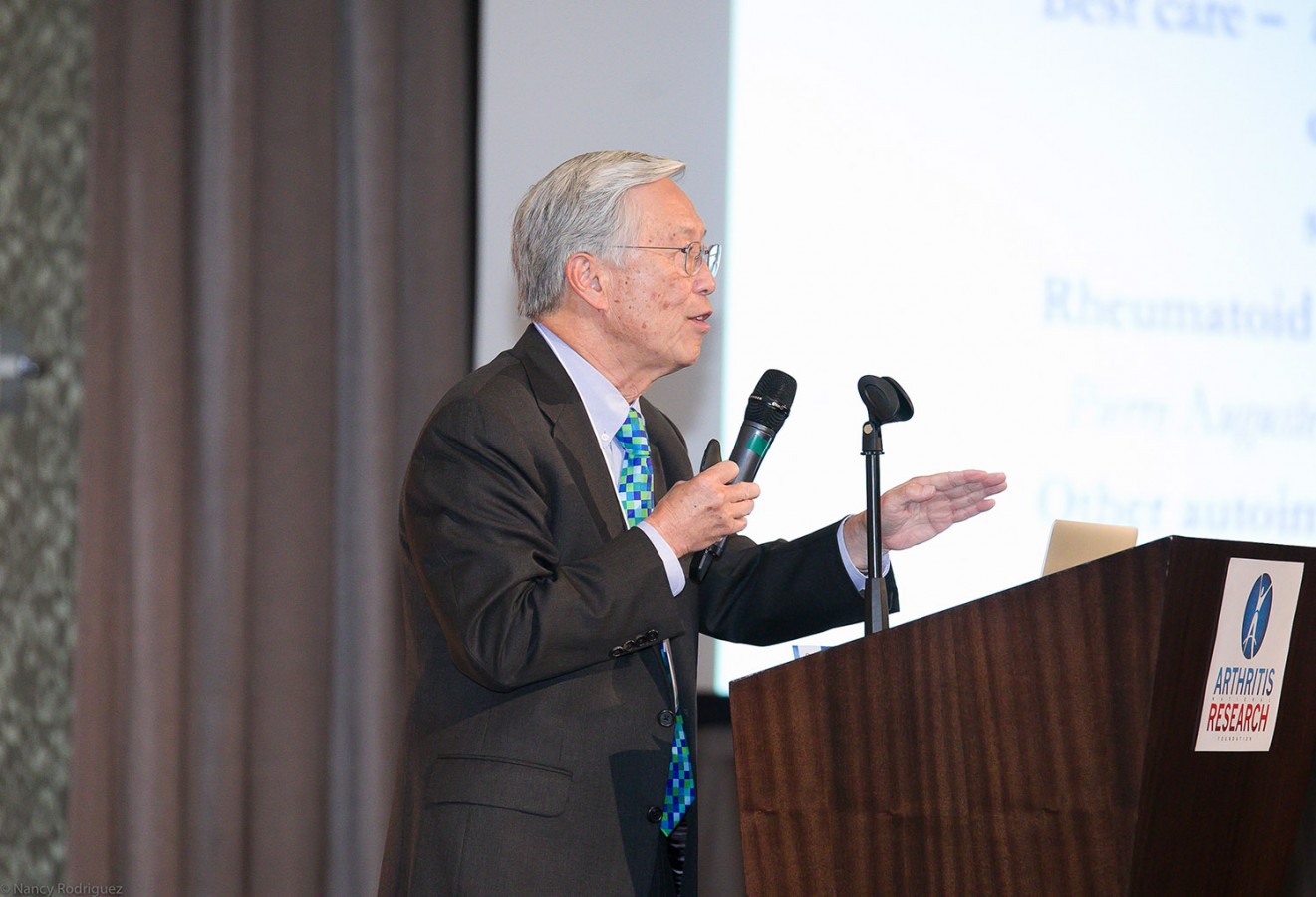 Former Chief of Rheumatology at UCLA, James Louie, MD., presented a talk, titled “The Art of Arthritis: Renoir”. Dr. Louie entertained guests with the backstory on famous painters who suffered from arthritis, showing how beauty could be created through pain. 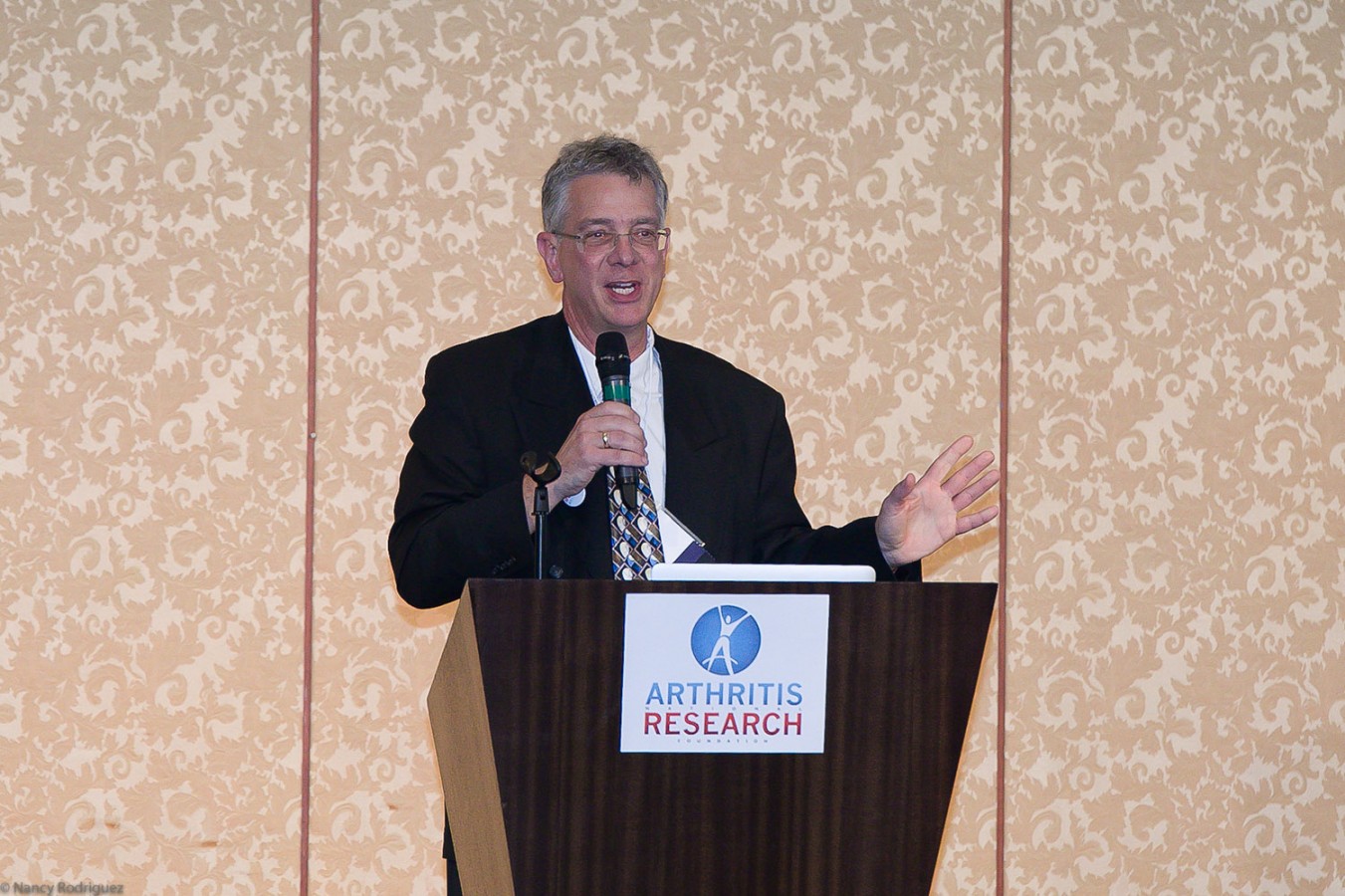 Dr. Utz Presenting on the Impact of Early-Career research funding

Entertainment also included a presentation by highly acclaimed Stanford professor and former grant recipient, P.J. Utz, MD, who used his speech to highlight the importance of early-stage funding in scientific careers. “Speaking at MTS was both bittersweet and empowering. It was bittersweet because I realized it was 20 years ago since the ANRF grant launched my career,” he says. Now, 20 years after his initial funding, Dr. Utz currently sits on the Scientific Advisory Board and helps to select the next batch of grantees annually. “Only a week after my talk, ANRF lost an icon in Morrie Granger, who stopped by study section every year to personally thank us for our service. He made a special point to come up to me after my talk to tell me how proud he was of my accomplishments — that all started with an ANRF award… I am so grateful for the opportunity to be selected to speak and to share my story with Morrie and all of the attendees.” 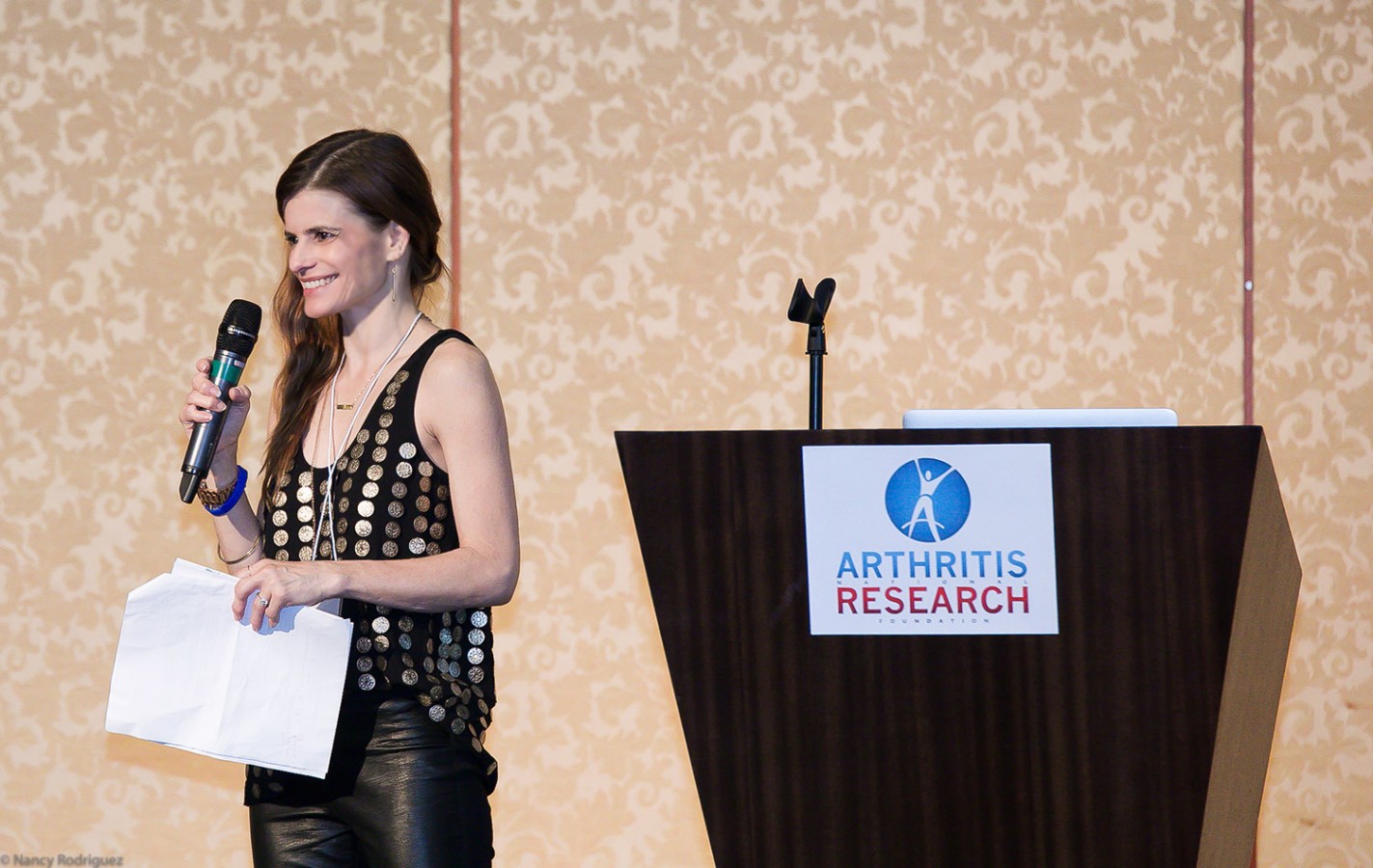 Nicole Dalton, our Emcee for the evening

Nicole Dalton, comedienne and patient advocate, ushered event-goers through the program as the Emcee. She kept guests laughing and enjoying the event, always keeping the event’s focus at the forefront of discussion. Combined, the event brought in over $87,000 to be used directly to fund these critical arthritis research grants.

Meet the Scientists is in its third year as an official fundraising event for the Arthritis National Research Foundation. The Foundation was incorporated as a nonprofit in 1952 and since then, has dedicated its efforts to funding grants for innovative young scientists in the field of arthritis and autoimmune research. Since 1970, the organization funded 250 scientists, including the aforementioned Dr. Gale “Morrie” Granger, who discovered tumor necrosis factor (TNF), which led to the creation of biologic treatments. The Foundation recently earned a four star rating for its ninth straight year on the charity watchdog site, Charity Navigator, where they also boast a transparency and accountability score of 100%.

“We are committed to finding a cure,” says Marketing Director, Derek Belisle, “and together, through research, we can cure arthritis.”

Help make a difference today by making a donation!