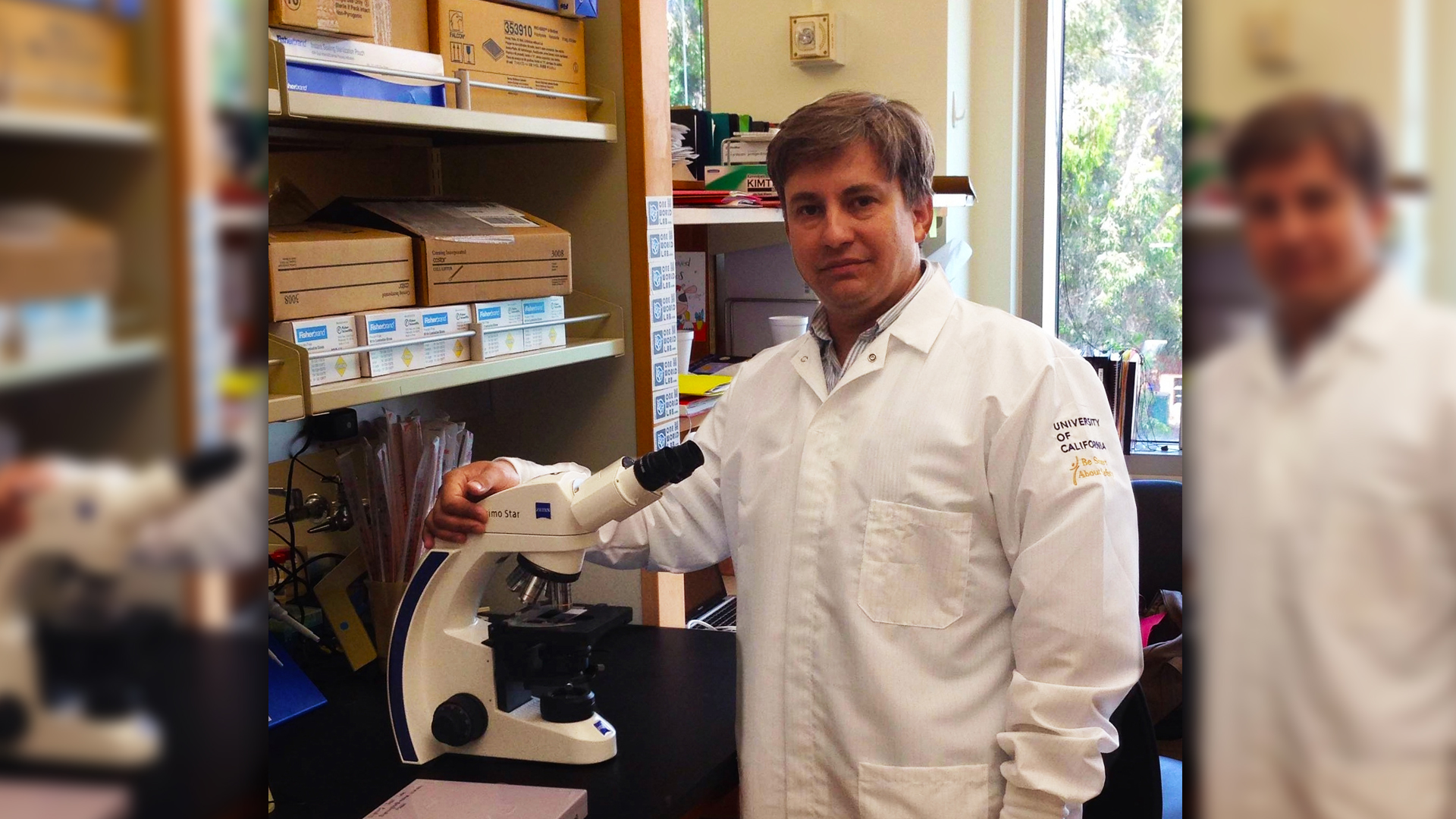 Posted at 15:34h in Arthritis News by ANRF 3 Comments
Share

Dr. Denis Evseenko, MD, PhD is an Assistant Professor of Orthopaedic Surgery and is the Head of the Laboratory of Connective Tissue Regeneration at UCLA. His current research areas include the ontogenesis of connective tissues in humans and the generation of cartilage via stem cells with a goal to create new therapies for osteoarthritis patients.

Osteoarthritis (OA) is a degeneration of joint tissues due to aging, injury or repetitive use. It is the most prevalent form of arthritis, causing pain and debilitation for nearly 30 million Americans.

The current therapies for OA focus on easing pain only and often, as OA progresses, necessitates joint replacement surgery. Research underway, however, may preclude the need for joint replacement, stop OA’s progression and possibly reverse its effects.

Denis Evseenko, MD, PhD, a two-year ANRF grant recipient from UCLA, led a study of stem cell researchers who tracked the early development of human joint cartilage, providing what could be a biological roadmap for therapies to repair cartilage defects and damage from osteoarthritis.

Dr. Evseenko received ANRF funding from 2012-14 and is an assistant professor of orthopedic surgery and head of UCLA’s Laboratory of Connective Tissue Regeneration.

Articular cartilage, a highly specialized tissue, protects the bones of joints from forces associated with load-bearing and impact and allows nearly frictionless motion between the areas where bone connects with other bones in a joint. Cartilage injury and a lack of cartilage regeneration often lead to osteoarthritis, which involves the degradation of joints, including cartilage and bone.

“We began with three questions about cartilage development,” Evseenko said. “We wanted to know the key molecular mechanisms, the key cell populations and the developmental stages in humans. We carefully studied how these cells developed, watching not only their genes but other biological markers that will allow us to apply the system for the improvement of current stem cell–based therapeutic approaches.”

Stem cells are often grown using animal-based components, which help the stem cells flourish and grow, but such components can lead to unwanted variations and contamination. Evseenko’s research process did not rely on any animal components, thus allowing for the potential production of therapies, such as stem cell serums, that are safe for humans.

Evseenko noted that more than one cell type is responsible for the complete regeneration of tissue, so in addition to the studies involving the generation of articular cartilage from human stem cells, he and his team are using various combinations of cells present in the joint to regenerate cartilage until the best one is found for therapeutic use.

*This article was recently found in ANRF’s 2013 Annual Report. If you’d like to download the full version and see past editions of our Annual Reports, click HERE.