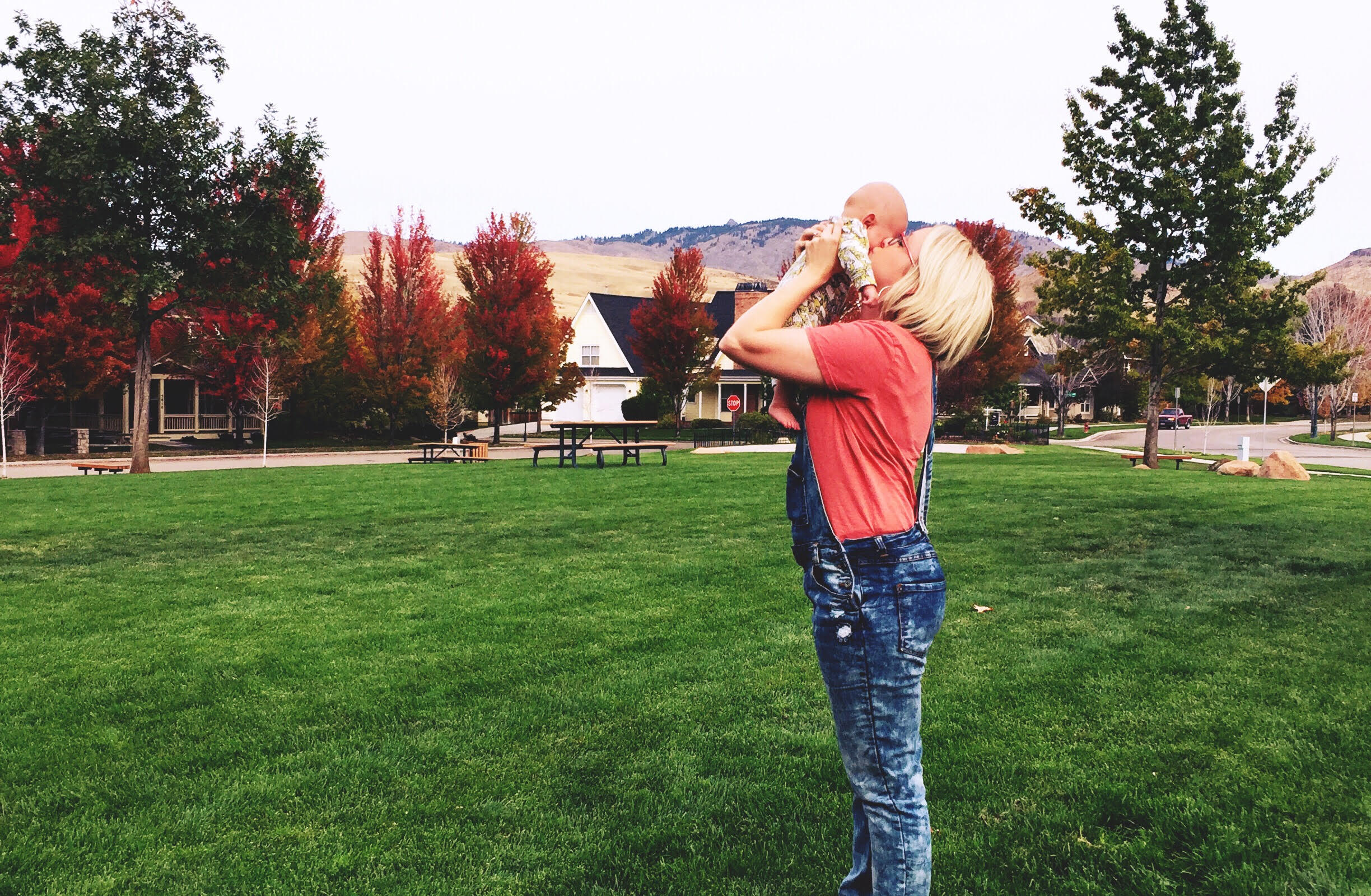 Posted at 12:23h in Rheumatoid Arthritis by ANRF 3 Comments
Share

As a young new mother, Jackie’s life hasn’t panned out quite how she anticipated. She expected certain inevitable challenges of caring for a newborn — sleepless nights and less personal time, to name a couple. However, she never could have guessed what would pose as her greatest hurdle — motherhood and rheumatoid arthritis (RA).

Two years ago, Jackie was diagnosed with RA and was disheartened to find a stark lack of online resources for mothers and young women with the disease. Not to be defeated, Jackie pledged to establish herself as a wealth of knowledge accessible to anyone dealing with motherhood and rheumatoid arthritis. She created an Instagram account (@Jack.Attacks.Life) and her blog Jack Attacks Arthritis, My Life with Rheumatoid Arthritis, to track her battle with RA and share her journey by eating healthy, exercising, and most importantly staying positive. In doing so, she has transformed her journey of motherhood and rheumatoid arthritis into the resource that she had originally wished to find.

“When I was newly diagnosed, I spent years scouring the internet searching for other young adults like me who had been diagnosed with RA,” said Jackie. “I was distraught and terrified to face the unknown course of my illness. Now, I have changed my life and want to provide the same information to others that I had desperately searched for myself.”

Jackie was 23 years old when she began waking up with swollen and tender fingers, feet and knees, and found herself unable to climb stairs or even walk normally. It took three months for Jackie to be diagnosed with RA and once diagnosed she immediately started on immunosuppressive medications and steroid injections. Fortunately, Jackie’s medications have worked well to control her pain and swelling while also slowing the progression of her disease.

Two years after being diagnosed with RA, Jackie gave birth to a beautiful baby boy. He was born prematurely at only three pounds and from that first moment she knew motherhood and rheumatoid arthritis wasn’t going to be a smooth ride. She was wracked with guilt about being chronically ill, blaming her flares and medications as the culprits for her son’s hastened delivery.

“When I was newly diagnosed, I felt so guilty for being sick, for having a chronic illness, and for being so reliant on medications. I felt so defeated.”

After bringing her son home from the hospital, each week only became harder for Jackie. Between her pain, her medication side effects, her chronic, bone-crushing fatigue, and being unable to lift her son at times, Jackie feared she was failing at her role as a mother.

“It’s hard enough to care for yourself when you have RA, let alone caring for a tiny human that counts on you every waking minute of the day. Some days I am simply exhausted, and it’s not because I’m lazy. RA zaps the life out of you.”

Having been a determined athlete her whole life, Jackie decided to fight for her life and health back. She was once a gymnast and distance runner, and her drive as an athlete helped her to rally and reclaim her life. Upon waking, she began exercising for at least thirty minutes, like walking or dancing. She adopted a Paleo diet and credits it with helping her feel stronger, healthier, and more resilient — though she still advocates for complying with medical treatments too.

She began documenting her diet changes, exercise regiment, and positive mantras in her Instagram account, @Jack.Attacks.Life, and speaks to a special subset of the population — young adults and mothers diagnosed with rheumatoid arthritis.

“For a long time I was bitter and angry, but after feeling hopeless for three years, I finally decided that I could serve as a beacon of hope to others. I don’t have all the answers but if my journey can help ease someone’s pain then I have succeeded!”

Chronicling her triumphs over RA through a medication regiment, diet and exercise has enabled Jackie to feel empowered and find meaning in her life. Today, Jackie feels more confident than ever and has attributed her positive outlook to rising from the setbacks that her RA has given her. However, her motherhood and rheumatoid arthritis journey is only beginning, as she is staunchly committed to helping her fellow mothers with RA be able to thrive!

“All new moms with RA should know that they never need to walk alone. We try to be superheroes, but some days you just need to leave the dirty laundry, the dishes in the sink, and sit back and breathe. Be patient with yourself and listen to your body. We are walking on a tougher road than most, so be kind to yourself.”

Has Jackie’s battle with motherhood and rheumatoid arthritis inspired you to make positive life changes so you can thrive with RA? Tell us how you have transformed your own life in the comments below!