Scientists Are Looking at Your Genes to Find New Osteoarthritis Treatments 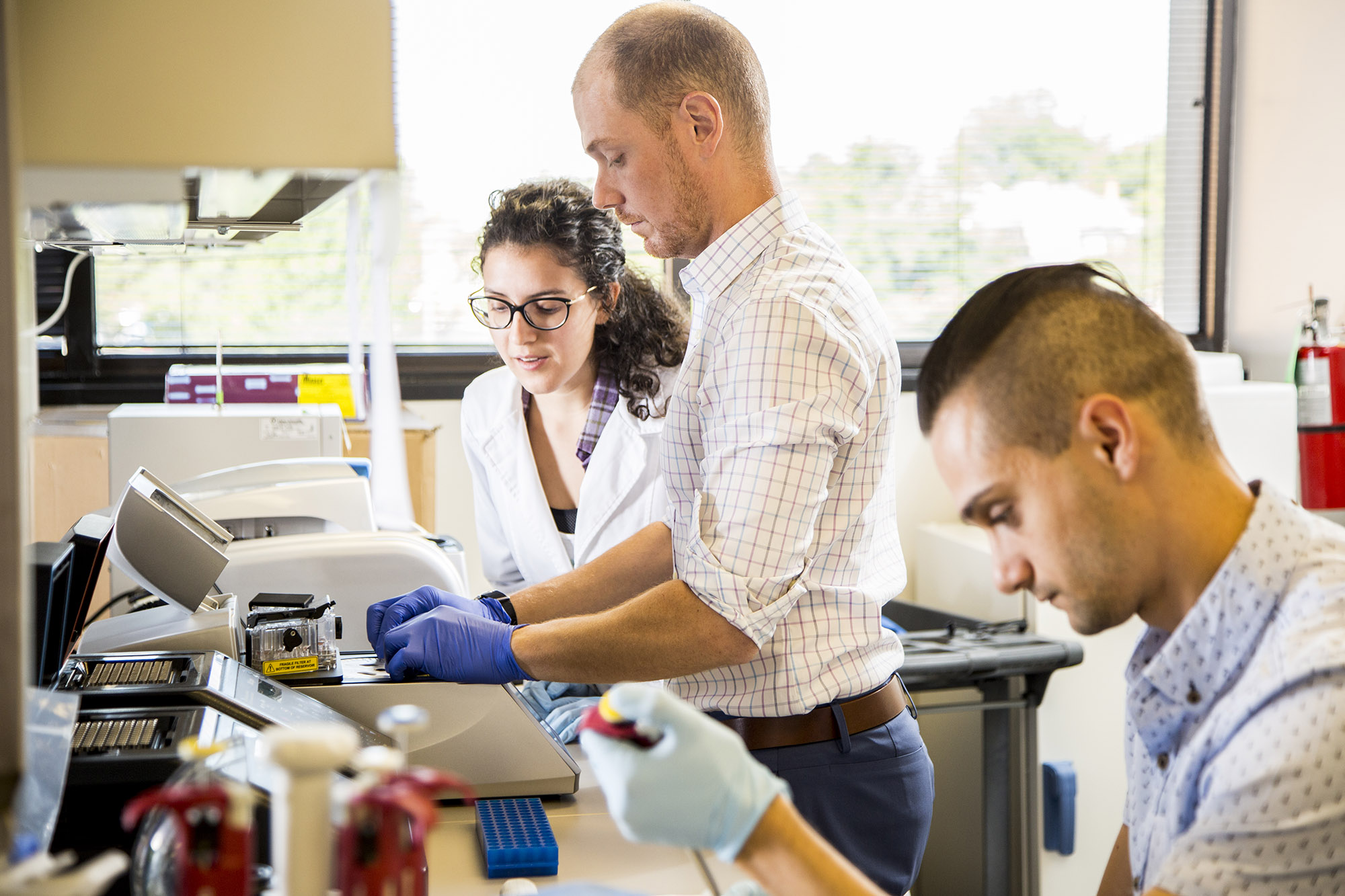 Scientists Are Looking at Your Genes to Find New Osteoarthritis Treatments

For nearly two decades, researchers have been scouring the human genome for genes that promote osteoarthritis (OA) in an effort to find new targets for osteoarthritis treatments. Today, scientists suspect that OA results not from unique genes, but from “epigenetic” changes in gene expression.

With funding from the Arthritis National Research Foundation, Matlock Jeffries, MD, a rheumatologist and Assistant Professor of Medicine at the University of Oklahoma, is investigating epigenetic changes caused by external factors like prior injury, advanced age and obesity. It’s not just that weight puts a strain on the joints, but also because OA creates a chronic and painful inflammatory response. 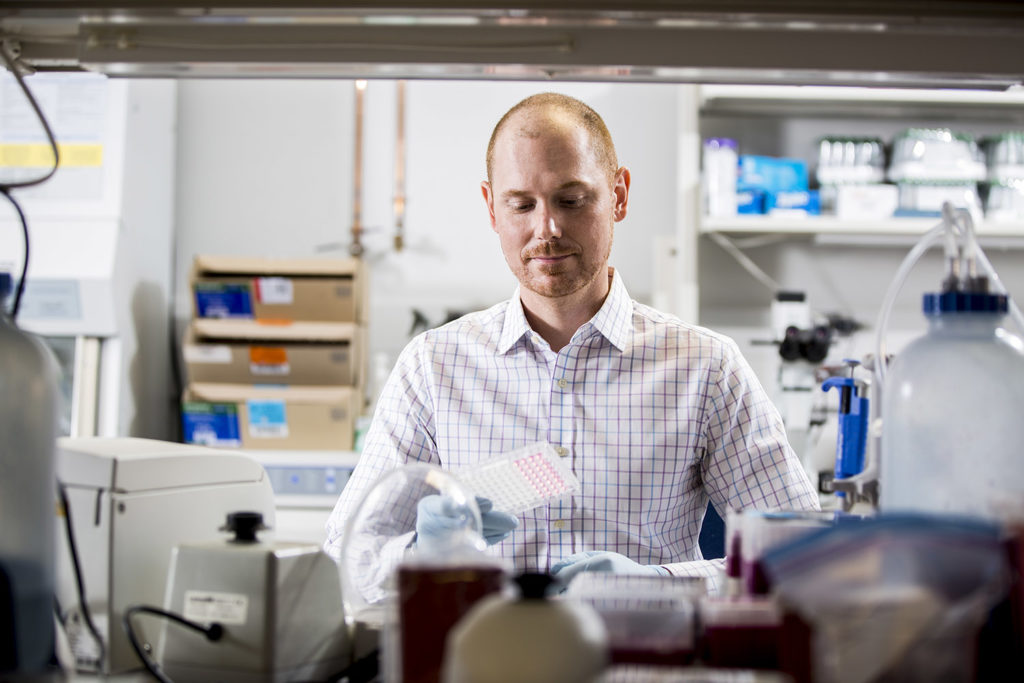 “Many other common diseases — obesity, high blood pressure, high cholesterol, diabetes and heart disease — can be made much better by exercise and weight loss,” adds Dr. Jeffries. “Unfortunately, people with OA cannot do much exercise.”

How do osteoarthritis risk factors — trauma, aging or obesity ¬— disrupt normal patterns of gene expression? Why might someone’s knee be affected by OA, but not the hand or hip — even though virtually all the tissues in the body contain exactly the same DNA?

Epigenetic mechanisms encode information above and beyond the DNA sequence and play a critical role in how genes are regulated. “Using animal models, we are working on deciphering which epigenetic changes are caused by different risk factors for OA,” says Dr. Jeffries. “Epigenetics is also a potential explanation for why different environmental factors, like trauma, obesity or gut microorganisms, may cause long-lasting effects.”

Dr. Jeffries began his search for answers by examining damaged tissue from patients undergoing joint replacement surgery. “We showed that epigenetic patterns are very different comparing normal cartilage to osteoarthritic knees and hips,” he says. “But because the tissue samples are only available at the end of the disease, we don’t know what early disease looks like.”

One promising development is that scientists can now zero in and manipulate epigenetic changes deep within a cell.

“We are employing new epigenetic editing techniques to see if we can correct these problems at the DNA level,” he says. “Until recently, we did not have the technology to go into a cell and change epigenetic patterns at specific locations.”

Now, wielding sequence-sniffing proteins, Dr. Jeffries and his team have developed the ability to change the expression of a single gene. “We change the patterns one by one to see which is driving the disease process,” he explains. “Figuring out how the environment and genes interact is hard to do in people, which led us to choose a mouse model of OA for our current research project. Using mice, we can change a single variable — age, or diet, for example — to see what the epigenetic consequences are.” 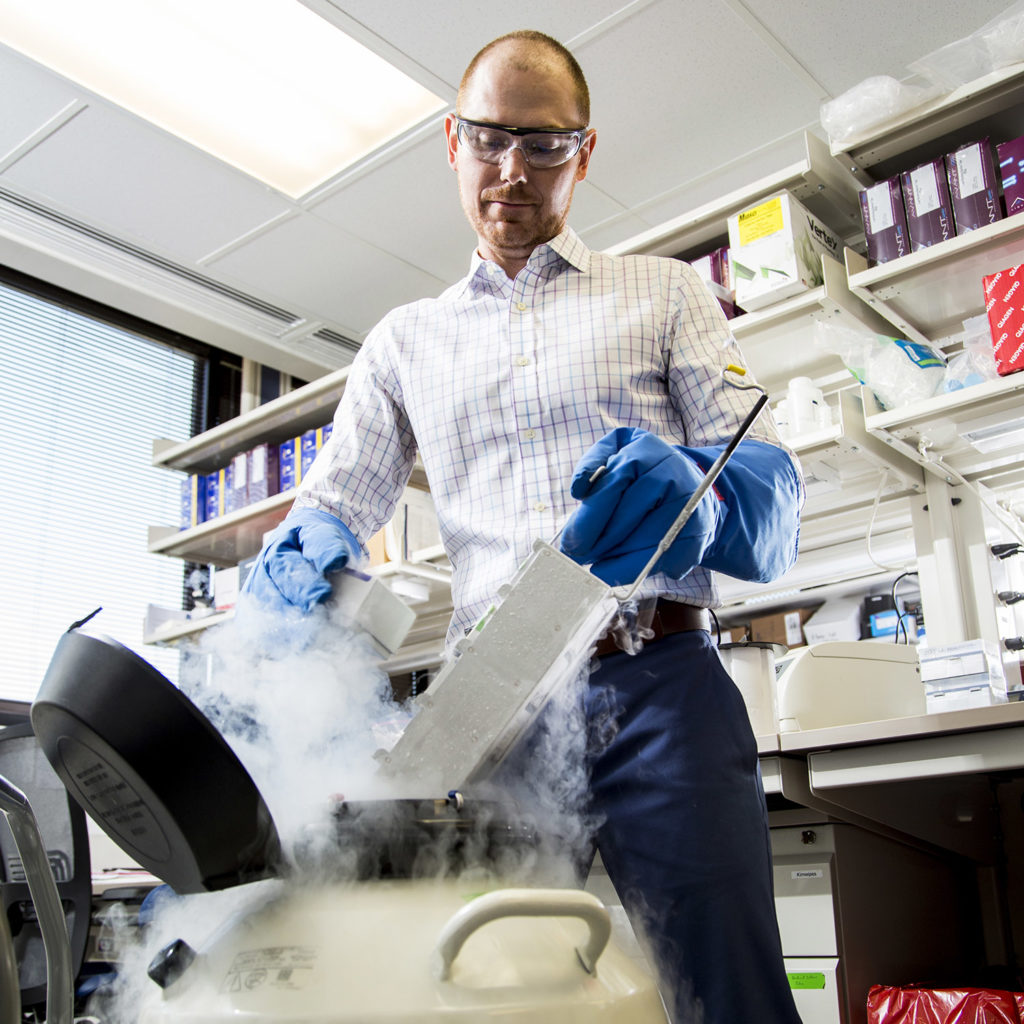 How can epigenetics point the way to new targeted osteoarthritis treatments?

“What I am particularly excited about is the possibility of developing drugs that could potentially reverse early epigenetic changes if given, for instance, right after a major knee injury,” says Dr. Jeffries. “These new osteoarthritis treatments could potentially prevent OA from developing in the first place.”

Today, the only effective treatment for OA is surgery after the disease has progressed to disabling pain. “There are always about 10 to 20 percent of people who don’t get relief after joint replacement,” says Dr. Jeffries. “Once you get to a certain age, surgery carries substantial risk. It would obviously be better if we could catch the disease early.”

Dr. Jeffries divides his time between seeing patients at the University of Oklahoma Health Sciences Center and research in his lab at the Oklahoma Medical Research Foundation. “I have a strong family connection to the disease, since both of my parents have advanced knee OA,” he says. “As a physician-scientist, receiving this ANRF grant means that my research efforts can be fully funded, which further fuels my curiosity. Professionally, it will allow me to both expand and greatly accelerate the OA work I am passionate about, given the great opportunity we have to cure arthritis.”

Support more scientists like Dr. Jeffries in their quest to find new osteoarthritis treatments by making a donation today!