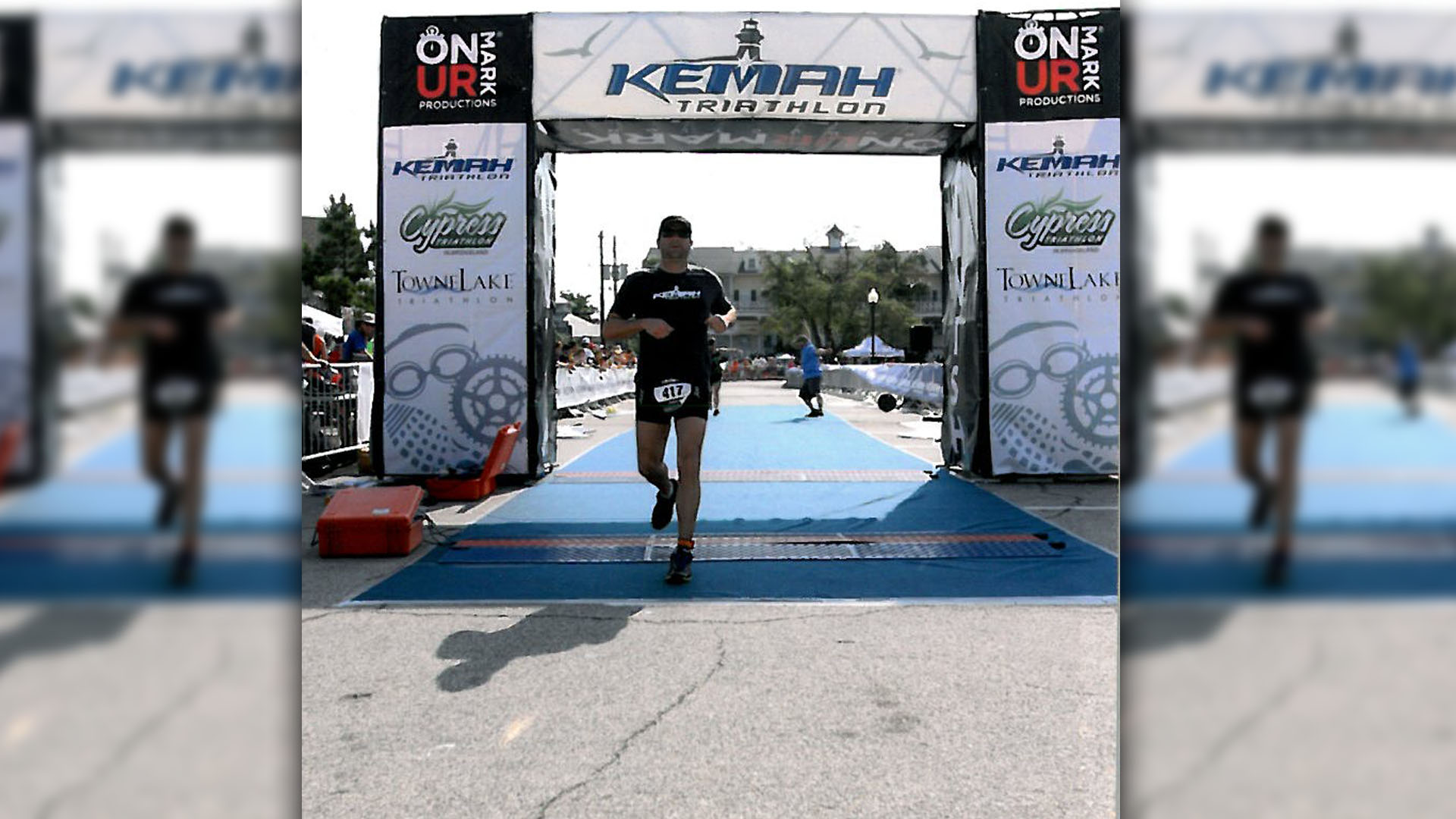 Posted at 15:10h in Rheumatoid Arthritis by ANRF 3 Comments
Share

At just 33 years old, Paul Clay’s fast-paced, adventurous lifestyle immediately came to a screeching halt when he learned that his recent joint pain was due to a serious autoimmune disease: rheumatoid arthritis.

“I was upset, confused and angry about the diagnosis,” Paul said. “Everything I had dreamed of giving my family was in jeopardy. It felt like a sick joke.”

Paul began having mysterious pain and swelling in several of his joints and underwent multiple blood tests that yielded little results. After much frustration and suffering, he finally saw a rheumatologist who diagnosed him with rheumatoid arthritis.

Before his diagnosis, Paul was in top physical shape, married with two children, and had just begun working at a new job that he greatly enjoyed. In his twenties he traveled around the world, skied, swam, surfed and raced several marathons. As far back as he could remember, his life had always revolved around physical activity.

However, Paul’s passion for adventure was put on hold while he focused all of his energy on his number one priority – reclaiming his health. Despite his disease, he made a conscious decision that he was not going to give up anything.

Paul’s treatment of his arthritis began by taking high doses of multiple medications. The high doses kept his pain at bay, but the medications drastically altered his body and mind. He developed mouth sores, had trouble speaking from a swollen tongue, experienced memory loss, and often forgot the names of people around him. Over time, the ruthless side effects took a toll on Paul emotionally and tore him apart until he was no longer his vibrant, thrill-seeking self.

As he sunk deeper and deeper, he knew and felt he needed change. After consulting with his rheumatologist, he reduced and even cut out some medications. Over time these changes actually led to significant relief from his negative side effects. He began to feel stronger, healthier, and fortunately, his joints remained relatively pain-free.

Most importantly, Paul regained confidence in himself. He started working out again and even entered a small local triathlon.

After that first race, Paul was immediately bitten by the notorious “triathlon-bug,” and continued competing in triathlons for the next four years. This past October, he pushed his body to its limits as he finished his first half-Ironman.

Through his triathlon training, Paul learned that for him the best medicine to help control his rheumatoid arthritis was not one that could be picked up at the pharmacy. It was exercise. He credits his cycling combined with strength training in his lower body with keeping his knees mostly free from pain and swelling.

Paul’s half-Ironman training took a tremendous amount of dedication and hard work. He had to be careful not to run too much or he would aggravate his joints. Occasional flares in his hands, feet, elbows, and hips led his running routine to often be inconsistent. Paul estimates that it took him twice as long to prepare for his half-Ironman as it would a healthy athlete. However, he is grateful he did it, because he reports that not only did it make his body stronger, but also his mind.

“[Early in my disease] I would have told you that I would not have lived to be 55 years old because of the harsh medication and pain my body endured. Today, I have hope again.”

Paul’s ability to endure pain will come to help him as he continues to compete and endure half-Ironmans. His ultimate athletic goal is to compete in the Kona Ironman in Hawaii, home of the prestigious Ironman World Championships.

What frustrations have you overcome in your journey through arthritis? How are you winning your personal battle with your disease? Tell us in the comments below!