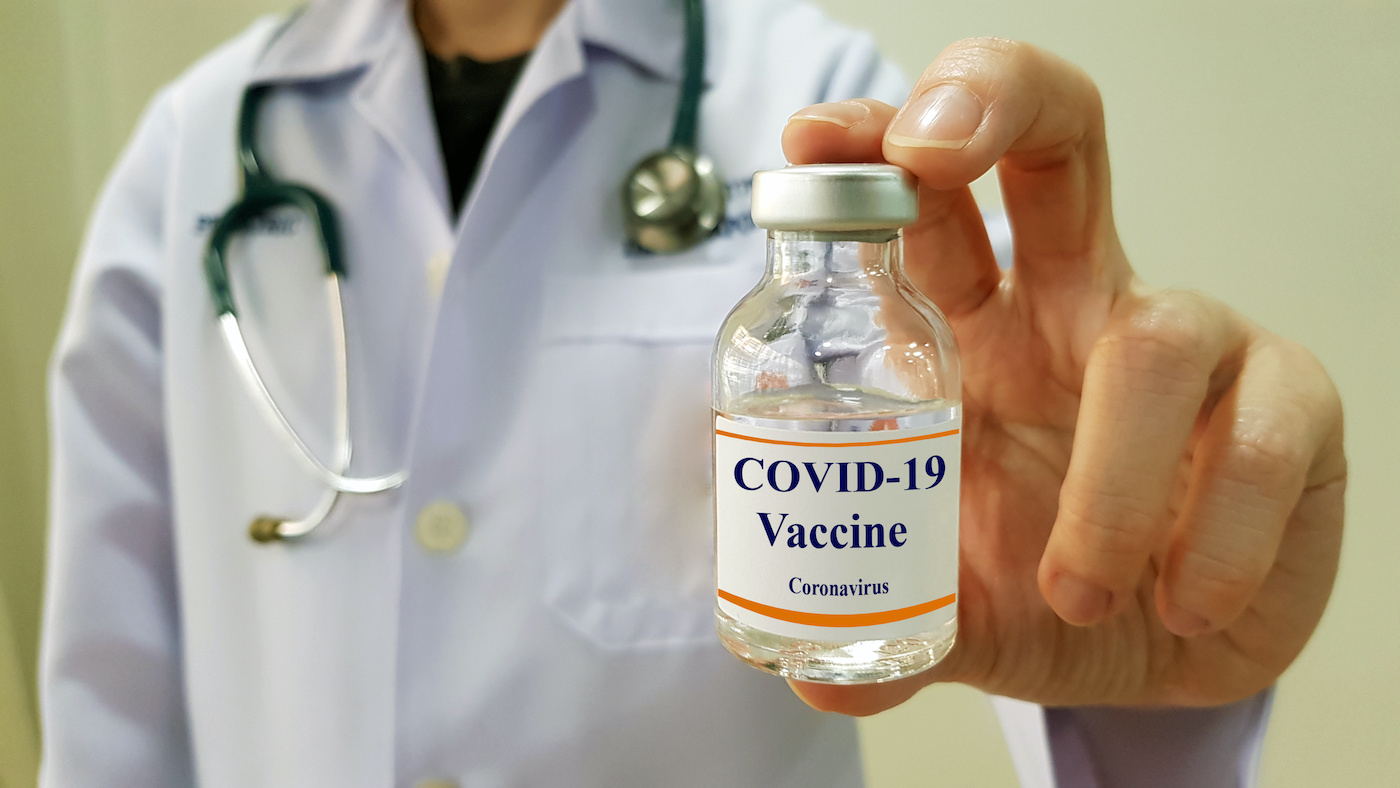 These are only experimental efforts and none of these compounds are validated or sanctioned by health authorities for the treatment of COVID-19.

As the COVID-19 pandemic rages on, the world is desperate for good news in regards to effective treatments. As of the first week of April, worldwide more than 200 clinical trials of COVID-19 treatments or vaccines are underway or recruiting participants. Drugs being tested range from repurposed flu treatments to unsuccessful ebola drugs, to malaria treatments that were first developed decades ago. Here, will examine a few of the drugs that are being studied as potential weapons in the fight against COVID-19

Cytokines are substances secreted by cells of the immune system that have an effect on other cells and are key in the body’s response to infection. Infection by diseases such as COVID-19 lead to a “cytokine storm” resulting in disease driven inflammation. The virus that causes COVID-19 elicits an immune response that can go into overdrive in some patients. When the virus enters the lungs, it triggers an immune response that attracts immune cells to the region to fight the infection. This results in localized inflammation which can reach uncontrolled levels and hyperinflammation. This immune overreaction in some patients could explain why some infected people only show mild symptoms whilst others progress to severe or fatal levels.

Cytokines are also the first step in the onset of an inappropriate immune response in autoimmune conditions, which also result in ongoing high levels of inflammation. It is therefore not surprising that many researchers are turning to the drugs that help control these factors in autoimmune conditions as potential treatments for COVID-19.

BenevolentAI, an AI company which focuses on using software to drive faster drug discovery, applied its platform to the COVID-19 problem. A key difference to their approach was that instead of focusing on drugs that directly targeted the virus, they expanded the parameters of the search to include drugs that inhibit the cellular processes that the virus uses to infect human cells. In this way, they could identify potential treatments that inhibited excessive cytokine production and reduce the inflammatory damage associated with the virus.  A combination of the platform identifying specific interactions in the biological processes associated with COVID-19 and a human team who studied drugs that could inhibit these processes identified baricitinib as a potential treatment. Baricitinib is a drug that has both anti-viral and anti-cytokine properties. Baricitinib is sold under the name OluminantTM and is currently used to treat rheumatoid arthritis. The drug is a Janus kinase (JAK) inhibitor. Certain cytokines attach to receptors in immune cells causing messages to be sent to cells to manufacture more cytokines. JAK inhibitors block the messaging pathway, thus reducing cytokine production and unnecessarily high levels of inflammation. It is thought that the drug could disrupt a particular receptor used by the virus that causes Covid-19 to infect lung cells and could therefore also have potential antiviral properties. The process and the finding were published in The Lancet and reprinted in the Lancet Infectious Diseases journal, highlighting the drug for use in patients that were admitted to hospital prior to the development of critical lung damage.

Eli Lilly and the US National Institute for Allergies and infectious Diseases are working on a large randomized trial in COVID-19 patients. The study will begin in late April, with planned expansion to additional sites in Europe and Asia. Results are expected within the next two months. This new trial joins a Canadian government randomized trial already underway assessing baricitinib as a potential treatment. The results of such trials will be fundamental to clinical care as the outbreak continues and it is anticipated that this treatment will improve mortality and reduce the pressure on hospitals and ICUs worldwide. Professor Justin Stebbing from Imperial College, London, a collaborator on this project, commented, saying: “This research is notable for its incredible speed from computer to bench and bedside within a few months.” Of course, the question remains whether it makes sense to immunosuppress in patients that are already trying to fight off an infection. Key players at Eli Lilly caution that enthusiasm should be tempered, at least until the results of the federal trial are known.

Eli Lilly also announced that it will begin an additional smaller COVID-19 trial later in April of a monoclonal antibody initially developed to treat cancer patients. Monoclonal antibodies are antibodies that are made by identical immune cells (which are clones of a unique parent cell. These laboratory-produced molecules are engineered to serve as substitute antibodies that can restore, enhance or mimic the immune system’s attack on foreign, infected or unhealthy cells. The drug, called LY3127804, will be tested in patients hospitalized with COVID-19 who are at higher risk of developing acute respiratory distress syndrome (ARDS). The trial will test whether the drug can reduce the need for ventilators, or keep those patients progressing to ARDS.

Leronlimab, also known as PRO 140, is a humanized monoclonal antibody. It is a viral-entry inhibitor that works by preventing fusion of the viral capsule with the cell membrane or by blocking receptors necessary for entry into the cell by the virus. The developer of the drug, CytoDyn, has stated that this drug shows a great deal of promise for treatment of patients with mild-to-moderate symptoms of COVID-19. Over 30 patients have received the leronlimab as part of Emergency Investigational New Drug (EINDs) treatments authorized by the FDA and two CytoDyn clinical trials. The first five patients treated were subsequently removed from oxygen. Patients are already participating in a Phase 2 trial with Phase 2b/3 trials set to start shortly. More than 25 hospitals have already requested to participate in the company’s trials.

Remdesivir is an antiviral medication originally developed for the treatment of Ebola and Marburg virus infections. It works by interfering with the action of enzyme, RNA polymerase, causing termination of the RNA chains needed for the replication of viral RNA. In January, Gilead starting testing whether this could be a way to treat COVID-19 patients. The decision study Remdesivir’s effectiveness as a COVID-19 treatment was based on the drug being effective against SARS and MERS (part of the corona virus family) in animal models. Given on a compassionate-use basis, Remdesivir was given to 53 critically ill patients hospitalized in the US, Canada, Europe and Japan. Clinical improvement was observed in 68% of these patients. The CEO of Gilead, Daniel O’Day, believes that it is not just a question of whether this drug is effective in COVID-19 patients but also when treatment would be most beneficial (at what stage of disease progression) and how long patients should receive treatment. Answers to at least some of the questions raised are expected in the coming weeks as data is generated from the various clinical trials underway. It is hoped that by May, initial data from a placebo-controlled NIAID, in conjunction with data from the Gilead study, will give insights into the safety and efficacy of Remdesivir as a COVID-19 treatment.

EIDD-2801 is a broad-spectrum antiviral from Ridgeback Biotherapeutics LP. The FDA approved an Investigational New Drug application allowing the company to begin human clinical testing. The mechanism is similar to that of Remdesivir. It mimics ribonucleosides, the primary components of RNA molecules, and causes incapacitating errors when the drugs are incorporated into viral RNA during replication. In animal studies it was found that in animals with SARS or MERS had improved pulmonary function, reduced viral load and prevented weight loss when given the drug. Under normal circumstances, testing in non-human primates would be the obvious next step on the road to human testing but given the unique situation of the COVID-19 pandemic, this along with the other drugs are being evaluated under compassionate use and clinical trials in humans. Unlike Remdesivir which is administered intravenously, EIDD-2801 can be given as an oral tablet and so could be administered at home early after diagnosis.

Hydroxychloroquine is an oral tablet sold under the brand name Plaquenil. Existing uses for the drug include the prevention and treatment of malaria as well the treatment of Rheumatoid Arthritis, Lupus and Porphyria Cutanea Tarda. It is also widely used in the treatment of post-Lyme arthritis. It may have both an anti-spirochaete activity and an anti-inflammatory activity, similar to the treatment of rheumatoid arthritis.

For a full article discussing this drug, including information about side effects and research information, please click this link.

Ivermectin is an antiparasitic drug frequently used to treat common childhood infections of head lice. Research undertaken at Monash University have found that, in cell culture, Ivermectin was able to kill the virus that causes COVID-19 in 48 hours after a single dose of the drug was administered. Although COVID-19 is not a parasite, Ivermectin appears to treat it as one. Kylie Wagstaff, the study lead, has said that the exact mechanism through which this is achieved is not known. It is thought, based on its action in other viruses, that it prevents the virus from reducing the host cell’s ability to clear it. Given that at this point only in vitro data has been collected, it is still far too early to know if these results will translate to an effective treatment in vivo and humans. The unfortunate reality is that there are numerous examples of drugs that are shown to be effective in cell culture but not effective when reaching human trials. Therefore, a great deal of additional research is required before this can be touted as a COVID-19 treatment. As this is a drug that is readily available for human and animal use, there are concerns that people will self-medicate with medication not intended for human use.

Vaccines – Prevention Better than a Cure

Sanofi and GSK, two of the world’s largest vaccine developers, agreed to collaborate in order to develop an adjuvanted (a substance that enhances the body’s immune response to an antigen) vaccine for COVID-19. An antigen is the substance on toxins and foreign invaders which induce an immune response, such as the production of antibodies.

Sanofi will provide its S-protein COVID-19 antigen, which is based on recombinant DNA technology (the joining of DNA molecules from different species). The technology has already produced an exact genetic match to proteins found on the surface of the virus. GSK will contribute its pandemic adjuvant technology, which has been shown to decrease the amount of vaccine protein necessary per dose thus allowing more vaccine doses to be produced and distributed.

So Where Does This Leave Us?

The unique circumstances of the COVID-19 pandemic have fueled research into both existing and novel drug treatments at an unprecedented rate. The necessity of doing so is obvious, but people should be cautioned against taking treatments based on initial findings alone. It is important that, while research is conducted at an accelerated rate, it still adheres to the regulations set out to protect the patients who will eventually use it. The public should not take any medication that has not been prescribed by a doctor. It is hoped that the multitude of trials being conducted at a global level will yield effective treatments and preventative measures in the not too distant future. In the interim, the public should adhere to the recommendations of sheltering at home and maintaining social distance in order to give researchers the time they require to complete their life saving work.