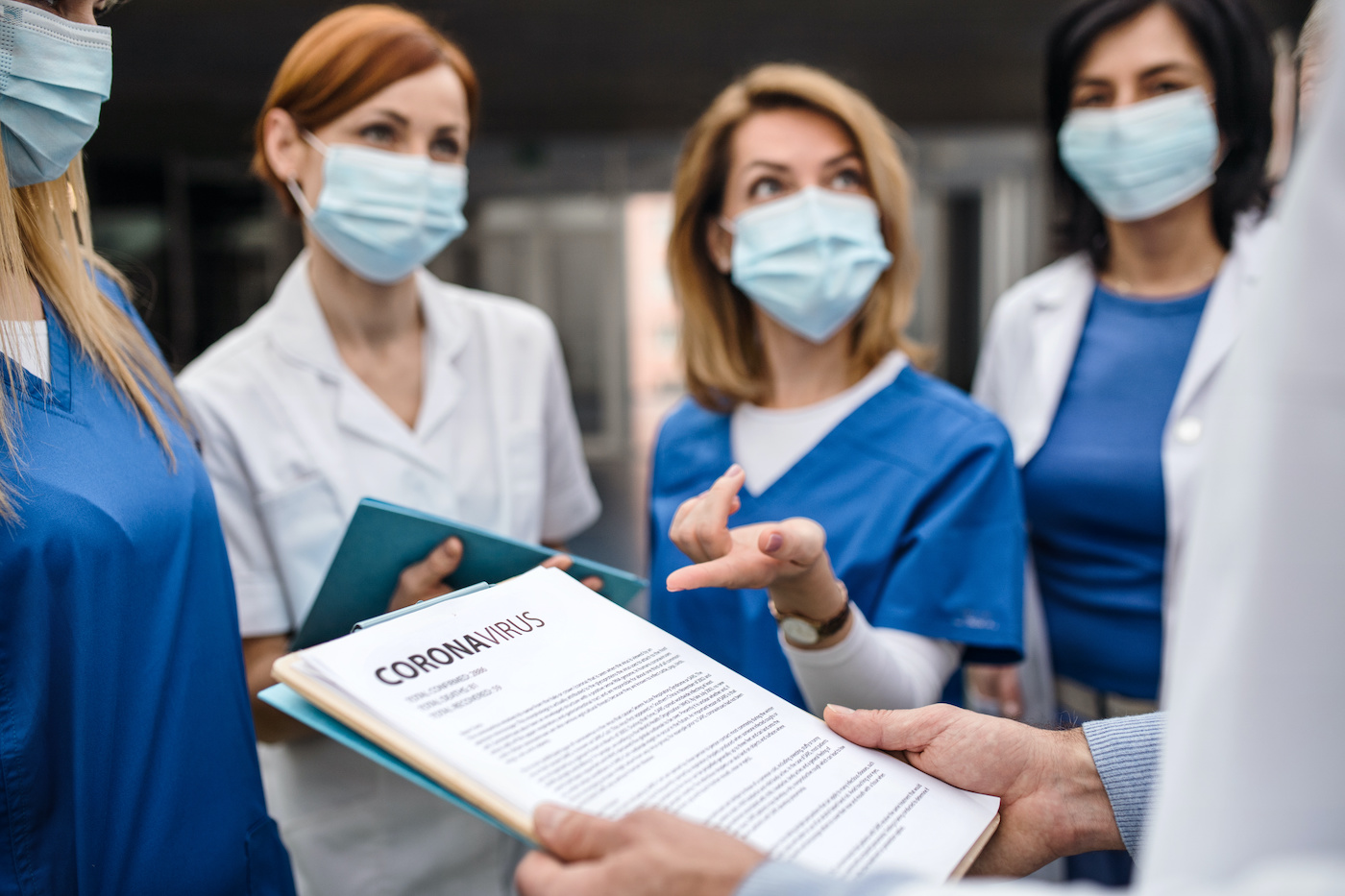 Posted at 14:15h in The ANRF Chronicle by ANRF 0 Comments
Share
Given the impact that COVID-19 has had on increased strain on our health care systems it is increasingly important that health care facilities take extra precautions to prevent further spread of the virus. The rising number of patients with the virus being tested at or admitted to health care facilities raises the question of whether the protocols within these facilities are sufficient protection in these unchartered waters.

An Army of One

A new study published in the Journal of Hospital Infections has provided data demonstrating the rate at which viral DNA spreads through a hospital ward. The researchers made use of DNA from a plant-infecting virus (harmless to humans), adding water to the samples to replicate the concentration of virus found in SARS-CoV-2 copies from infected patients. 1.15 billion pieces of the surrogate virus were placed in 0.1ml of liquid in order to simulate a single mucus droplet. This single droplet was applied to the handrail of a hospital bed in a pediatric isolation room. Each evening a swab was taken from various sample areas across the ward, a total of 44 samples was taken each day. 20 samples were taken from the area immediately surrounding the bed, 8 were taken from the wider area around the bed (such as handles of the cubicle door), 7 samples were taken from clinical areas and 9 were taken from the general ward areas (such as the reception area).

After an astoundingly short period of 10 hours, 41% of areas in the ward that were sampled were found to contain the virus. After 72 hours this had increased to 59% of sampled areas. After 5 days the percentage had decreased back to 41%. Given that hospitals have stringent cleaning and sanitation protocols this is concerning. SARS-CoV-2 remains a novel virus and therefore it cannot be said with certainty whether it would spread in a similar manner, what it does highlight is the necessity and importance of rigorous hygiene practices both within and outside of healthcare facilities. COVID-19 spreads through respiratory droplets produced during coughing and sneezing. Experts believe that these droplets do not spread more than 1-2 metres in the air. This is why it is important to maintain a physical distance of more than 2m (6 feet) from other people when outside of your home. Even if you are not directly around an infected individual, droplets that land on a surface can be transferred when an individual touches the surface and then touches their eyes, nose or mouth.

Spread the Word not the Virus

Studies such as these re-enforce the importance of wide-reaching good practices such as physical distancing, wearing of masks and goggles and washing one’s hands with soap for a sufficient time. All of these practices have been shown to drastically limit the spread of the virus. Not only are these practices effective, they are inexpensive and simple to institute. Similarly, to SARS-CoV-2, the plant viral DNA used in the above-mentioned study is able to be removed with washing with soap and water or disinfectant wipes. In the study the highest proportion of viral DNA was found around the “patient bed”, by the third day 86% of areas sampled near the bed tested positive. Basic cleaning and hand washing represent our first line of defense against a virus. The researchers in this study found that wiping a surface with a single alcohol wipe removed up to 99.84% of the surrogate virus.  Often hospital patients are more vulnerable and at higher risk to infections, making these hygiene practices even more critical within a hospital context. A single inoculation by a single droplet resulted in significant spread of the surrogate virus through the touching of surfaces by staff, patients and visitors. A COVID-19 patient though will shed multiple droplets on multiple surfaces. Given that the Centre for Evidence-Based Medicine (CEBM) indicates that the amount of the virus a person has exposure to in the first instance may affect the severity of the COVID-19 symptoms that develop, reducing exposure could be key in preventing serious cases. This study is a cautionary tale, reminding us and in particular healthcare workers, of the importance of extremely strict hand hygiene, cleaning of surfaces and proper use of personal protective equipment (PPE).