Rheumatoid Arthritis Will Not Define Me 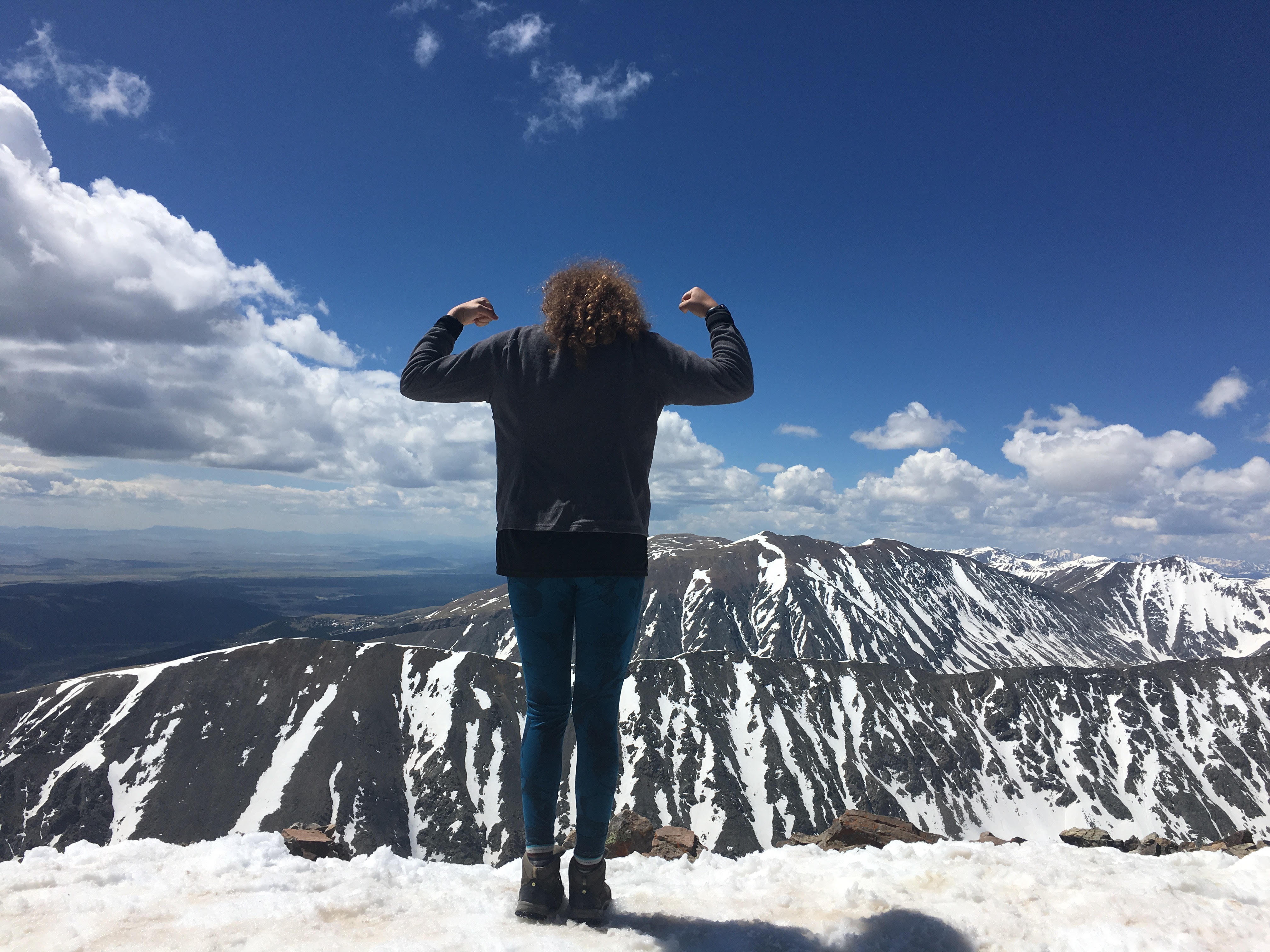 Rheumatoid Arthritis Will Not Define Me

Posted at 14:10h in Rheumatoid Arthritis by ANRF 0 Comments
Share

One thing about Loran is apparent – she loves to climb. She climbed the tallest mountain in Colorado (Mt. Quandary) and has climbed several 14,000 foot mountains to date. Though these are impressive feats on their own, they pale in comparison to Loran’s accomplishment of climbing them while facing rheumatoid arthritis and fibromyalgia.

With each summit, she not only endured physical hardship, but also ventured on a journey of self-discovery, overcoming discouragement from others and her own self-doubt. By facing adversity with courage and strength, Loran is reaching new heights with her rheumatoid arthritis.

“When I witnessed the incredible view from the top of Mt. Quandary and felt profound inner strength, I knew it was worth the pain I went through to climb the mountain.”

Loran, who is now nineteen, was diagnosed with juvenile rheumatoid arthritis at the young age of nine. At the time, she was an active year-round swimmer and attributed her pain to pushing it too hard in the pool. Instead, she went to a rheumatologist and was delivered a diagnosis that rocked her world. Even more disheartening than the diagnosis was the endless list of activities she was told she could no longer do –- including running and playing sports. Loran was devastated.

“This doctor, instead of encouraging me to live outside of the pain, made me feel as if I was nothing but these long medical words that I did not understand,” revealed Loran.

The doctor’s words left a lasting impact on Loran. For a long time, she felt that she was nothing more than the disease that plagued her. As an adult, she has gained invaluable perspective that has allowed her to put some healthy distance between herself and the disease.

“I have let rheumatoid arthritis become my identity too many times and I will no longer allow it to define me. Arthritis has been a part of who I am for as long as I can remember, but now I only allow it to be exactly that -– just a part, a single piece of the entire person I am today.”

Loran moved to Colorado shortly after her diagnosis and received an unexpected surprise. The change in climate, along with her medications, put her disease into remission. With her symptoms kept in check, all of her hopes, dreams and confidence that she had lost over the years slowly began emerging. She began discovering her passion for climbing and eventually scaled Mt. Elbert, the tallest mountain in Colorado.

“I began discovering who I was and what I enjoyed doing. I was so proud of myself for completing what seemed an impossible task when I had let my diagnosis limit me so many times. I was on top of the world, literally.”

Everything seemed to be smooth sailing for Loran, until her arthritis returned with a vengeance. She was planning to climb Mt. Quandary and had begun making preparations, when she had an unexpected flare. She was the re-diagnosed with several other conditions as well, including fibromyalgia.

However, Loran had trained too hard and wasn’t ready to throw in the towel. She began her trek to the mountain peak anyway, but had to turn around due to extreme pain. Depression began to settle in as she began to feel mentally drained from being in pain and always having to limit herself.

Triumph Over Her Rheumatoid Arthritis

One year later, she found the courage to make another attempt at the climb. She pushed through the pain and surprised herself when she made it to the top, breaking down as she was overcome with emotion.

“When I made it to the top of Mt. Quandary, I had never felt more accomplished, grateful, and strong. I really wasn’t sure if I could do it. I often look back at the pictures and my memories of that day to get me through much simpler tasks in my daily life.”

Because of her own experiences battling arthritis as a child, Loran is extra empathetic about the struggles of young children facing the same disease. It is her hope that with more research, there can be improved treatments and eventually a cure.

“It was heartbreaking for me as a kid to know that I couldn’t run with my friends or play the sports that I wanted to. I would love to see the Arthritis National Research Foundation focus their research attention on children to end JRA once and for all.”

Loran knows that the peaks and valleys of her climbs parallel the ups and downs of her disease. She knows that with courage, preparation and tenacity, she can thrive with rheumatoid arthritis and continue be on “top of the world.”

“Arthritis is a daily, constant, every-day-is-different kind of struggle. But I know that I am strong enough to get through it. I am finally someone outside of my pain.”

Who are YOU outside of YOUR arthritis? Tell us in the comments below and share your story!

Interested in using your hiking for the cause? Join the Hiking To Cure Arthritis team at RacingForACure.org

You can keep up with Loran on her Instagram @LoranMoir