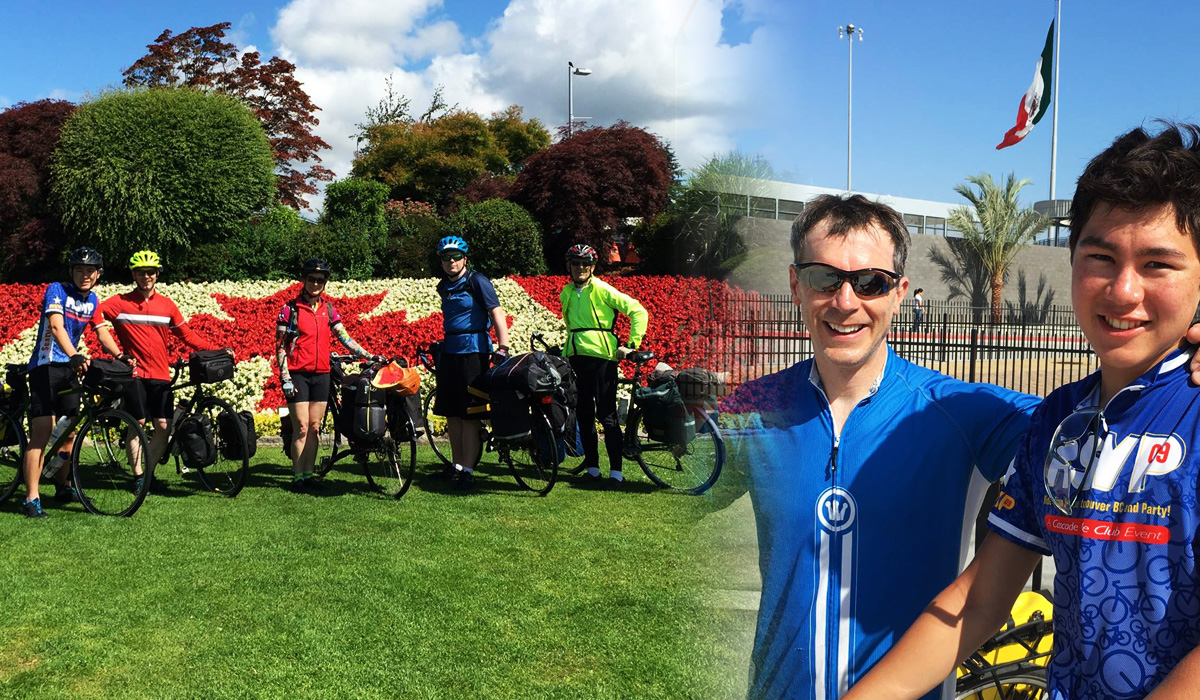 Posted at 14:42h in Arthritis Awareness by ANRF 0 Comments
Share

Ivan Schmidt, a 16 year-old junior at Flintridge Preparatory School in La Canada, California, cycled 1,800 miles from Canada to Mexico to raise money for rheumatoid arthritis (RA) research. Ivan raised $2500 for the Arthritis National Research Foundation, a nonprofit dedicated to funding arthritis research to cure arthritis. Ivan was inspired to raise money for RA research because his grandmother has suffered from rheumatoid arthritis for many years. He hopes to encourage others to get out and live a healthy lifestyle. 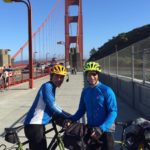 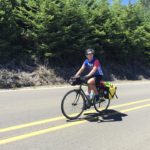 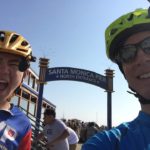 Ivan began his trip on July 6, 2016 at Peace Arch Park in Surrey, British Columbia, Canada. He rode with his father, Mark Schmidt. During various parts of the trip, he was also accompanied by his cousin, his aunt and his 80 year-old grandfather. Spanning 27 days and over 90,000 vertical feet, Ivan and his father rode down through Washington south to the Oregon coastline, through San Francisco and down the California coast all the way to Mexico.

During the first week of the trip, Ivan and his crew faced daily downpours of rain and frequent headwinds throughout their ride in Washington state. “There were many days I felt like stopping, especially when I woke up to a cold, wet tent knowing that the day would be extremely hilly or have lots of mileage” Ivan admits.

“I was motivated to continue each day to honor my grandmother and because of all the supporters of my RA research fundraiser. It was huge to know I had their support and that every pedal forward was a pedal closer to the finish.”

Oregon, Ivan’s favorite portion of the trip, was a sunny ride along the coastline and was nothing compared to the challenges they would face as they cycled further South. The mountainous terrain of Northern California was relentless; it wasn’t uncommon for them to climb up to 6,000 feet a day, but once they reached Santa Barbara, Ivan and Mark could take a sigh of relief. The remaining 220 miles to Mexico welcomed the pair with mostly smooth, flat land with a scenic beach backdrop.

Although they faced unfavorable weather and unforgiving terrain, the duo made it to Mexico on August 7th, just shy of one whole month of riding.

“This trip taught me to appreciate being healthy and able to exercise like this,” Ivan said. “Every morning I’d wake up very sore, but I was still able to get up and bike, something that many people, such as those with rheumatoid arthritis, cannot do.”

Ivan’s total fundraising efforts totaled up to $2,500, money that goes directly to RA research. On September 8th, Ivan presented his check in person at the offices of the Arthritis National Research Foundation, where he recounted his inspirational story and met with Cure Arthritis Ambassadors, staff and Board Members, including the esteemed Dr. Gale Granger.

Ivan has no plans to stop making a difference in RA research. Even now, after his 1,800 mile journey, he has his sights set on another fundraiser in the future and plans to attend college to study microbiology, so he can make a difference doing RA research in the lab too. His advice for those trying to make a difference? “The best advice is to just get out there and do it.”

Click here to join Ivan and Racing For A Cure to help make a difference!

Does Ivan’s story inspire you to get moving and make a difference? Let us know in the comments below.