Room to Breathe – Nobel Prize for Physiology and Medicine 2019 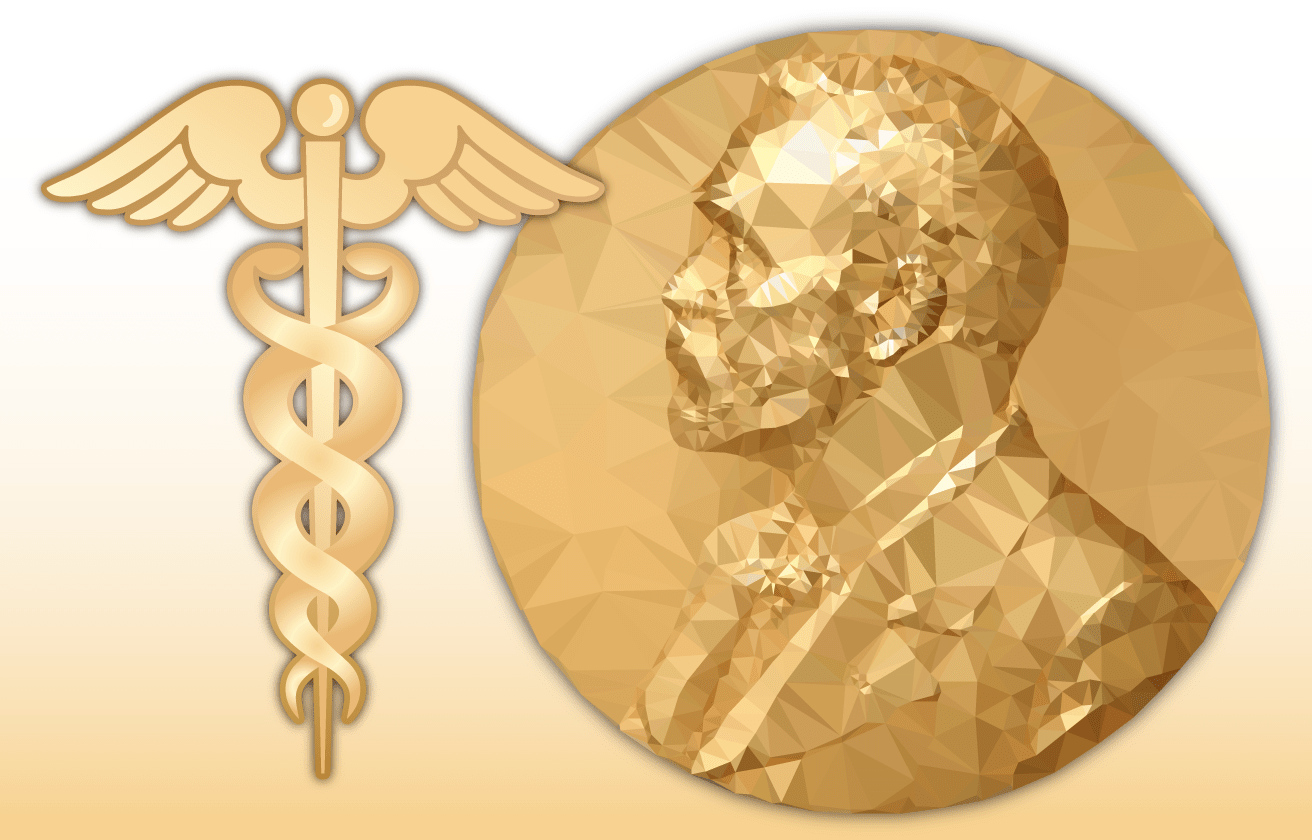 Room to Breathe – Nobel Prize for Physiology and Medicine 2019

Posted at 10:58h in The ANRF Chronicle by ANRF 0 Comments
Share

The will of the Swedish chemist, engineer and industrialist Alfred Nobel established the five Nobel prizes in 1895. The prizes in Chemistry, Literature, Peace, Physics, and Physiology or Medicine were first awarded in 1901. More than a hundred years on these awards are still held in the highest regard. This year the Nobel Prize in Physiology and Medicine was awarded to William G. Kaelin Jr., Sir Peter J. Ratcliffe and Gregg L. Semenza.

The importance of oxygen as part of the process by which we convert food into useful energy has been recognised for centuries. A knowledge gap that existed was how animal cells adapt to changes in oxygen levels. The above-mentioned Nobel laureates sought to close this gap. Through their research how cells can sense and adapt to changing oxygen availability was discovered, identifying molecular machinery that regulates the activity of genes in response to varying levels of oxygen.  Given that this is one of life’s most essential adaptive processes the significance of this discovery cannot be over stated. This discovery gives a solid foundation for understanding how oxygen levels impact cellular metabolism and physiological functions. 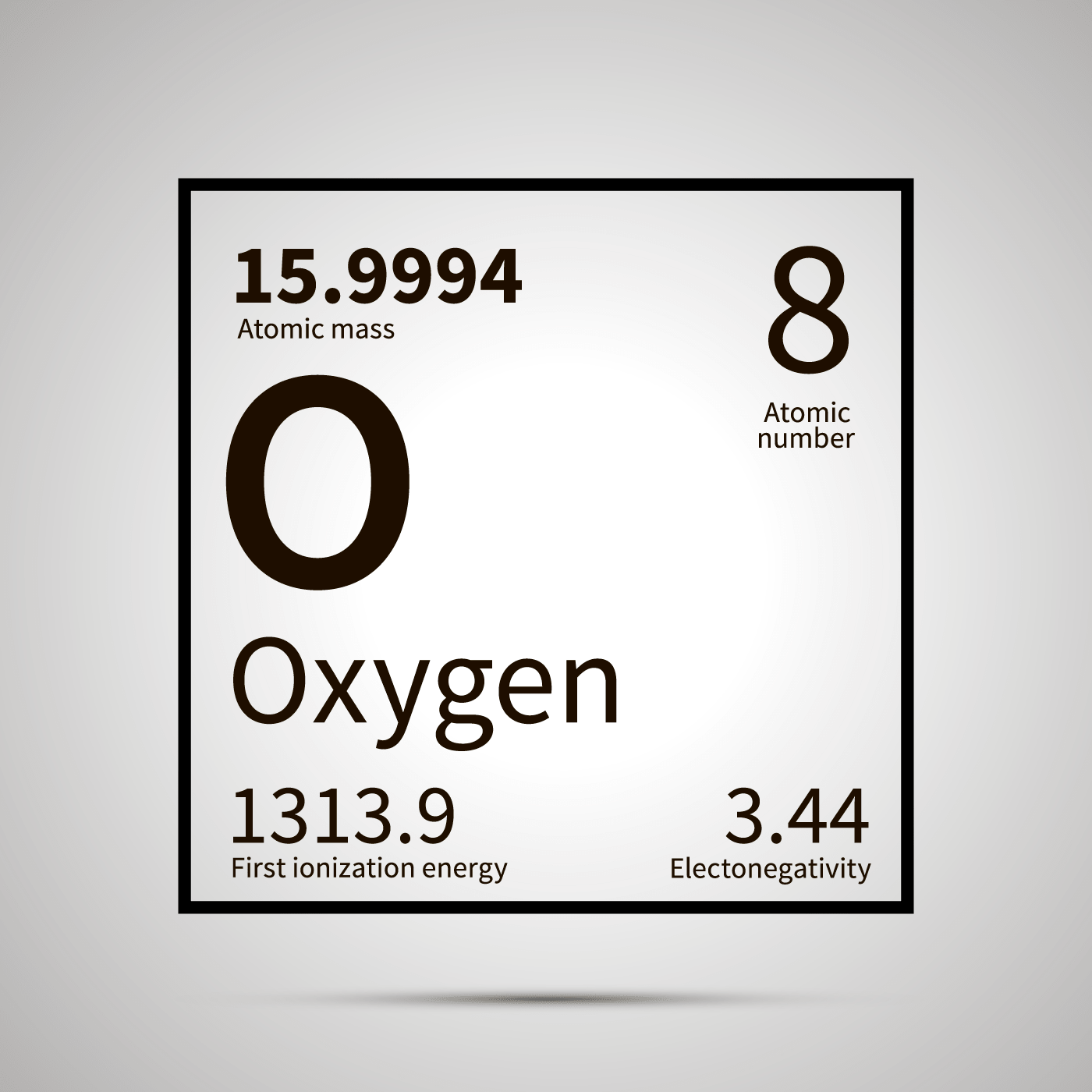 Oxygen makes up around 20% of the Earth’s atmosphere. Mitochondria, found in virtually all animal cells, uses oxygen to drive our physiological processes through conversion of food into a form of energy. Too much or too little oxygen can be deadly. Through evolutionary processes, mechanisms have developed to ensure that our tissues and cells receive a sufficient supply of oxygen. The researchers that discovered a number of these mechanisms were themselves previous Nobel Prize winners as a result. Building on these discoveries this year’s winners have contributed greatly to understanding a basic aspect of how our cells work. Randall Johnson, a member of the Nobel Assembly, pronounced the work a “textbook discovery”, saying it would be something that will be taught to students at the most basic levels of biology education.

A better understanding of this elementary process introduces numerous possibilities for novel treatment options of a number of diseases such as heart attacks, strokes and anaemia which are driven by a short supply of oxygen and cancers that seek out oxygen in order to grow. 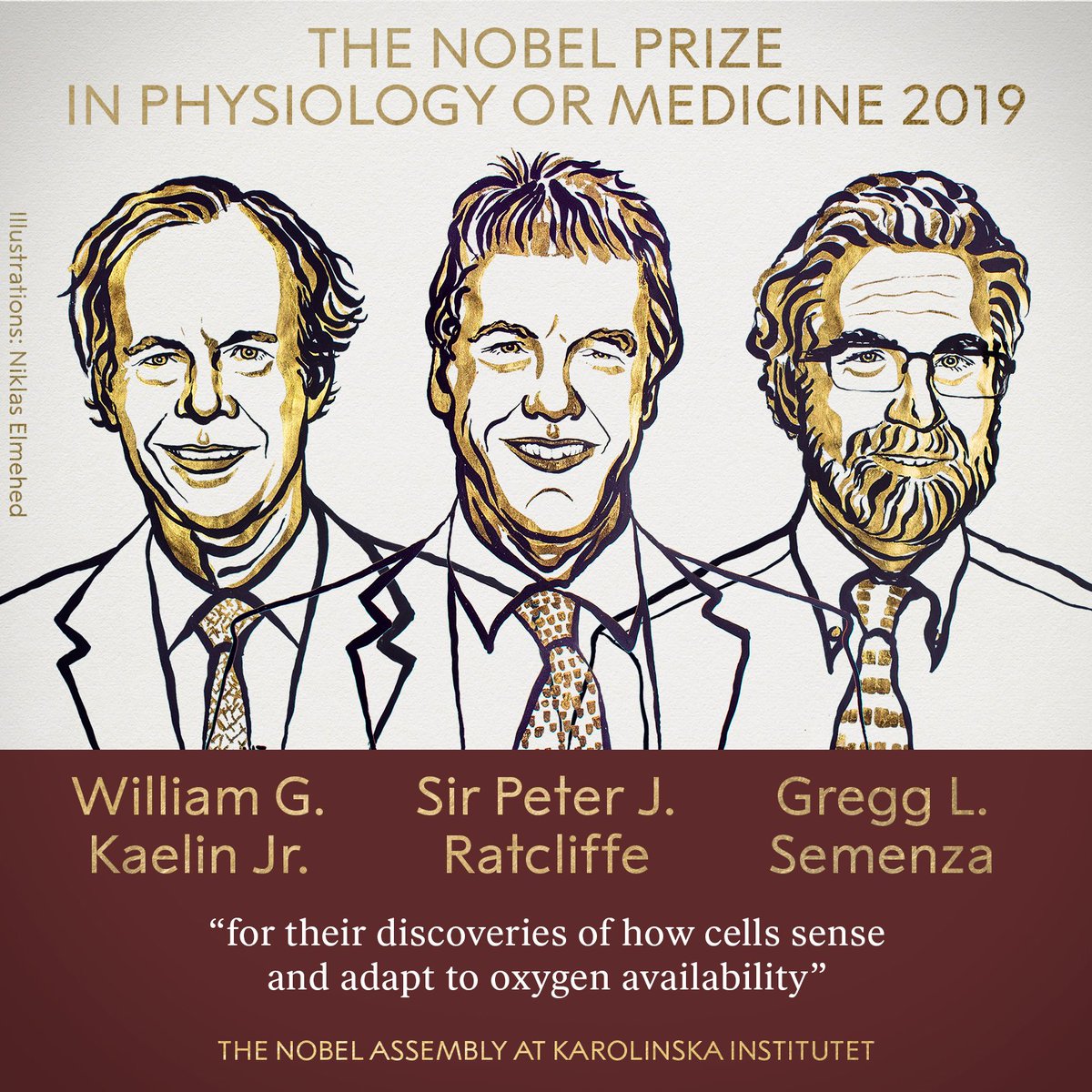 The Researchers Behind the Discoveries

William G. Kaelin Jr., professor of medicine at Dana-Farber Cancer Institute and Brigham & Women’s Hospital Harvard Medical School became intrigued by a rare, genetic cancer, von Hippel-Lindau disease. This cancer is characterized by a profusion of extra blood vessels and overproduction of erythropoietin, or EPO, a hormone that stimulates production of the red blood cells that carry oxygen. It exhibits unusual features, such as causing the body to make a substance, vegF, that stimulates the formation of blood vessels as well as causing the body to make too many red blood cells by increasing the production of EPO. Dr Kaelin suspected what was going amiss: “I thought it had something to do with oxygen sensing.”

“It is one of the great stories of biomedical science,” said Dr George Daley, dean of Harvard Medical School. “Bill is the consummate physician-scientist. He took a clinical problem and through incredibly rigorous science figured it out.”

Gregg L. Semenza is a professor of genetic medicine at Johns Hopkins. In college, at Harvard, he thought he would get a Ph.D. and do research in genetics. A family he was close to had a child with Down syndrome and this caused him to rethink his approach. “That shifted me from being interested in genetics as kind of a scientific discipline to thinking about the impacts of genetics on people,” he said. Dr. Semenza set out to identify what cancer cells are searching for as they spread into surrounding tissues, and then into blood vessels that carry them around the body. Dr Semenza suspected that what the cancer cells were searching for was oxygen. Erythropoietin (EPO) is a peptide hormone that is produced naturally by the human body. Dr. Semenza focused on the gene the guides production of EPO. Once it is activated, the body makes more oxygen carrying red blood cells. Determining how this gene is switched on when cells are deprived of oxygen was essential to understanding cellular responses to changes in oxygen levels.

Peter J. Ratcliffe, the third Nobelist, is the director of clinical research at the Francis Crick Institute in London and director of the Target Discovery Institute at Oxford. After medical school he became a kidney specialist, fascinated by the way the organs regulate production of EPO in response to the amount of oxygen available. Many other researchers thought this a niche research field with narrow applications. Not letting this deter him, the value of basic research such as this has been illustrated.

“We make knowledge, that’s what I do as a publicly funded scientist. It is good knowledge. It is true. It is correct.”

The work by these incredible researchers means we now know a great deal more about how different levels of oxygen regulate fundamental physiological processes and the applications of such knowledge are boundless.