Television personality and author, Christine Schwab, was diagnosed with rheumatoid arthritis at the height of her television career. She knows firsthand the hardships of living with arthritis and is eager and passionate about spreading the word and giving back.

Having appeared on a variety of talk shows such as Oprah, The Today Show, and Live! with Regis and Kelly, Schwab is an expert on offering fashion, beauty, and lifestyle advice.
She broke her silence after keeping her disease a secret for twenty years and published her memoir, Take Me Home From the Oscars: Arthritis, Television, Fashion and Me, a tell-all that mixed a behind the scenes look at her glamorous television career and her disease.

“My doctor got me into a research program for the first biologic. After nine months I went into medical remission. I owe my life to research,” Schwab said. “Research is the answer. Through research we will find more medicines and a cure. This is a special group of dedicated people. I am delighted and honored to join their efforts.”

Schwab credits her illness as the impetus that changed her life and taught her to be open and truthful about her condition. She also launched her own Facebook page, “Christine’s Kid’s” where she shares stories and sheds light on Juvenile Arthritis, just search “Christine’s Kids” on Facebook to check it out. 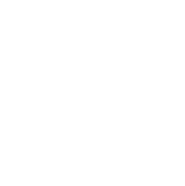