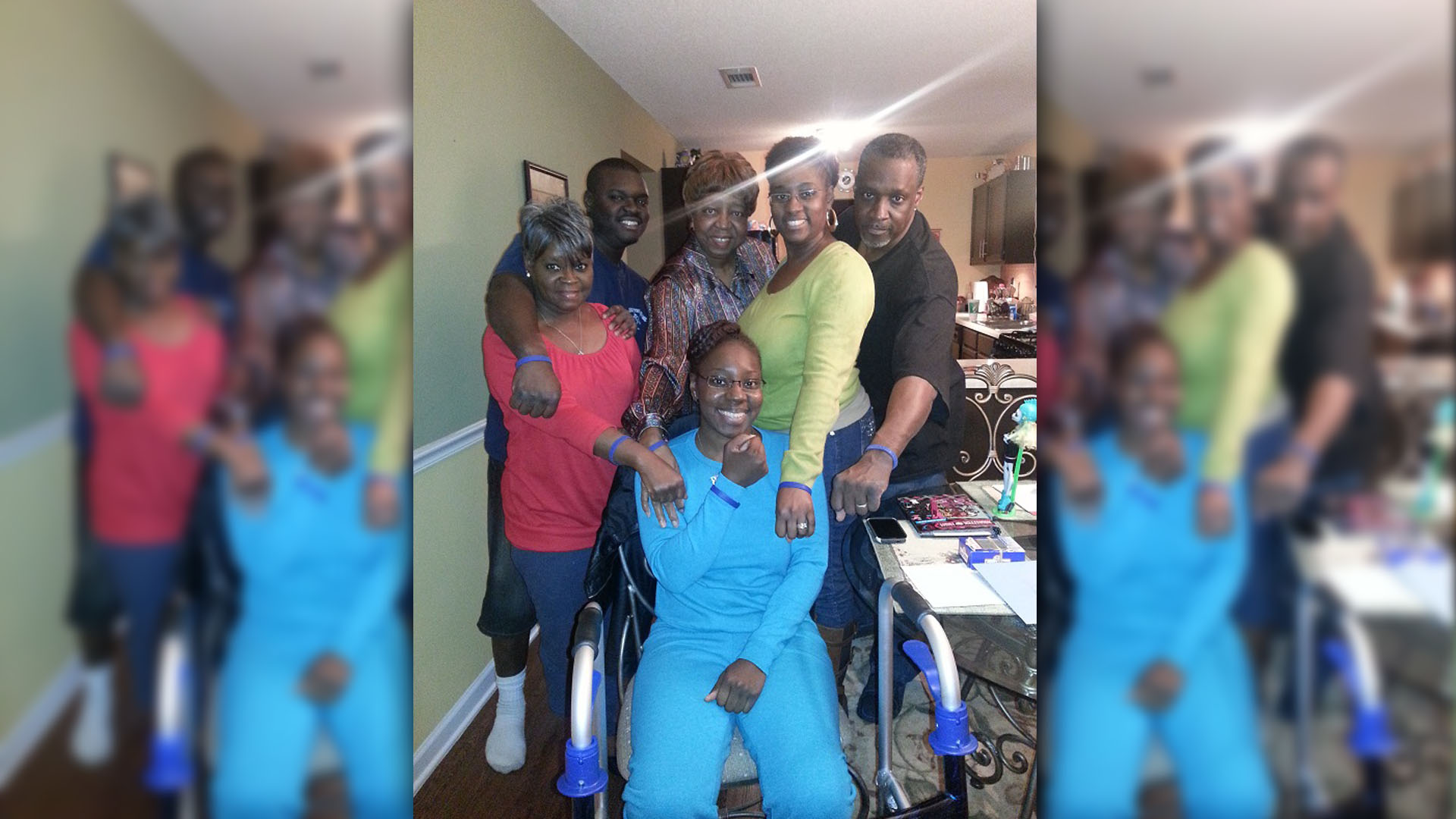 Posted at 15:08h in Rheumatoid Arthritis by ANRF 0 Comments
Share

Stephanie was forced to give up her dream career as a Master Cosmetologist because of a destructive case of rheumatoid arthritis (RA). She was devastated that she could no longer help her longtime clients due to her physical complications from RA. However, Stephanie decided to take the lemons she was given and make some lemonade. She became determined to use her diagnosis to embark on a period of mental, emotional and spiritual growth. Stephanie redefined herself to become a leader in the RA community and began sharing her inspiring story of living and thriving with rheumatoid arthritis.

“After becoming bedridden because of my arthritis, I was devastated that the life I once knew was officially over and I no longer had the power to make my clients beautiful,” Stephanie shared.

Stephanie was formally diagnosed with polyarthritis when she was 29; a disease in the rheumatoid arthritis family that causes pain, swelling, and long-term damage in multiple joints and organs in the body. However, because of a misdiagnosis that prevented her from receiving arthritis medications, Stephanie spent eight months in a wheelchair as she suffered from agonizing full-body pain. It was only after she sustained permanent damage to her hips and needed surgery that her doctor re-diagnosed her with RA. Despite taking multiple biologic medications, Stephanie’s arthritis has never reached remission and thus, she experienced many highs and lows that put her resilience to the ultimate test.

“In the eight-month period that I was misdiagnosed, I went from working seven days a week and traveling often to not being able to use my arms, shoulders, or being able to walk,” revealed Stephanie.

Once she knew the name of the monster she was battling, Stephanie was determined to not let her RA hold her back from a life of serving her community, a calling that she has always felt to be her destiny. She admitted that while some days she was able to tackle every item on her to-do list, others weren’t so easy and caused her to feel “held hostage” by the pain and fatigue from her arthritis. Over the years she found the silver lining by appreciating the love and compassion her family members have shown her throughout her RA journey.

“If I am able to do something today but not tomorrow, I learned that I should simply feel happy and grateful that I did it when I could,” said Stephanie. “As for my family; we have all learned to not take life so seriously and to be grateful for the present moment.”

Early on in her diagnosis, Stephanie found it very difficult to open up to others about her condition because she felt that having a serious autoimmune disease at a young age wasn’t “normal” and that no one would understand. But as she gained strength from her six year fight against RA, she developed leadership skills and began sharing her story so she could help others develop the same courage that she did. By stepping into the spotlight and using herself as an example, Stephanie proved herself to be a devoted leader in the RA community.

Along with sharing her story with the Arthritis National Research Foundation, Stephanie began making an impact at a local level in her hometown of Atlanta, GA, when she founded My Redefined Arthritis in 2013. The organization empowers people suffering from arthritis by providing support, encouragement, and awareness. Stephanie hopes that the organization will inspire people to come out of hiding and share their personal stories.

“It is my duty to share my journey, experiences and dedication with everyone I meet. I want others to know that a diagnosis of rheumatoid arthritis is not the end of the world,” she said. “I vowed to stop hiding in the shadows and step out into the spotlight because I knew there were people that needed a little inspiration to share their stories about living with RA.”

As Stephanie continues her brave battle against her arthritis, she encourages all other RA patients to keep fighting, too.

“Every single day, celebrate the victory of being able to do what you can and courageously fight another day. It’s okay not to be strong or brave each day — but pick yourself up when you fall down and get on the front line, because it’s time for war against your disease!”