The History of Fibromyalgia – A World of Pain

The History of Fibromyalgia – A World of Pain

Posted at 11:15h in Fibromyalgia, The ANRF Chronicle by ANRF 0 Comments
Share

The history of a disease provides an interesting clinical, pathophysiologic, and therapeutic perspective. Here we look at the evolution of the descriptions, diagnostic factors and treatment of fibromyalgia.

Fibromyalgia or fibromyalgia syndrome (FMS) is a chronic medical condition characterized by widespread pain throughout the body as well as a heightened pain response to pressure. Other common symptoms include fatigue to a degree where it affects normal activities, insomnia and trouble with memory. It is frequently associated with psychological conditions such depression, anxiety or post-traumatic stress. No specific diagnostic test exists for fibromyalgia so diagnosis relies on excluding other possible causes for the symptoms as well as verifying that a set number of symptoms are present.

European literature contains descriptions of musculoskeletal pain dating back to the 16th century. By the 18th century physicians began to distinguish articular rheumatism with deforming features from nondeforming but still painful soft tissue musculoskeletal disorders. These disorders were at the time frequently referred to as muscular rheumatism. From the 19th century onwards there are multiple descriptions, under different names, of muscular rheumatic disorders. Often these descriptions are not specific making it near to impossible to distinguish between general or localized types of the disorders. Significant in the history of fibromyalgia were the observations in 1841 by Valleix, a French paediatrician, in which he put forward the idea of trigger points causing referred pain. He suggested that muscular rheumatism was in fact a form of neuralgia. Other suggestions at the time included functional changes to the muscles themselves (Inman 1858) causing muscular spasms or according to Cornelius (1903) the pain was a result of hyperactivity of nerve endings.

Unlike the British and French physicians of the time the German/Scandinavian physicians assumed that there was an exudative (fluid entering areas of inflammation) proliferative process occurring within the muscles themselves rather than in the connective tissues. Froriep (1843) reported that in a cohort of 80 patients with regional pain there was palpable muscle hardness that was painful when pressure was applied to it, this he termed muscle calluses. In the late 1800s across the pond in the US, Beard, a neurologist referred to a condition that included widespread pain, fatigue and psychological disturbances. He called this condition neurasthenia/myelasthenia. These symptoms were attributed to the daily stresses. At the turn of the century a British neurologist Sir William Gowers was the first to introduce the term “fibrositis”, which was used for the next 72 years. Noted symptoms he included in his diagnoses were spontaneous pain and asymptomatic sensitivity to mechanical compression, fatigue, sleep disturbances, and aggravation of symptoms by exposure to acute and chronic cold and muscular overstrain. For treatment, he suggested manipulation, counterirritation, and cocaine injections and noted the failure of salicylates. In 1909, Sir William Osler, at the time the best-known physician in the English-speaking world, put forward that muscular rheumatism involved “neuralgia of the sensory nerves of the muscles.” Ambiguity of physical manifestations, inconsistency of histological changes and a lack of specific diagnostic tests hindered a wide recognition of fibrositis by North American physicians.

A War on Inexplicable Pain

During World War 2 a high occurrence of fibrositis among soldiers drew attention to the condition. In the absence of inflammation or degeneration as well as the association with depression and stress led to Boland and Corr (1943) to label the condition as psychogenic rheumatism. Hugh Smyth, a Canadian physician, laid the foundation of modern FMS in 1972 by describing widespread pain and tender points. This was the first time FMS was designated exclusively as a generalized pain syndrome incorporating fatigue, lack of sleep, morning stiffness, emotional distress, multiple tender points and factors that either relieved or aggravated the condition. Smythe provided a working set of diagnostic criteria based on his anecdotal observations. He specified sites of tender points many of which were still used in the 1990 American College of Rheumatology (ACR) criteria. Shortly thereafter in 1975, a colleague of Smythe, Moldofsky, carried out the first sleep electroencephalogram study, this properly demonstrating the role of sleep in FMS. A subsequent paper by the pair expanding on their earlier work here they correctly asserted that “the existence of exaggerated tenderness at anatomically reproducible locations is central to acceptance and recognition of the syndrome.” In 1976 Dr P.K. Hench was the first to use the modern term fibromyalgia to refer to these symptoms. Mohammed Yunus first used the term in a scientific publication in 1981. This paper was also significant as in the latter part of the 20th century what was still lacking despite clinical characterisation was a controlled study and this provided that. This study included a cohort of FMS patients matched with healthy control subjects. This study confirmed that the symptoms characteristic of FMS were significantly more common as well as more severe in FMS patients. Additional symptoms, including swelling of tissues, paresthesia, headaches and irritable bowel syndrome were also shown to be considerably increased in FMS patients. These findings saw fibromyalgia being defined as a syndrome. Since this many controlled studies have confirmed these findings. The American College of Rheumatology published its first classification criteria for fibromyalgia in 1990.

In the last decade of the 20th century large strides were made in the understanding of this condition. In 1992 theories were put forward regarding a neurological basis for fibromyalgia began to emerge. Perhaps one of the most notable advancements in the area of disease

mechanisms in FMS was the recognition that FMS essentially is a disease of the CNS, although secondary factors may trigger or perpetuate the central mechanisms. This period also saw central sensitization (CS is a persistent high reactivity state of the nervous system) being put forward as the link between the multitude of symptoms. CS is mediated through neurochemicals and a number of studies found neurochemical abnormalities in FMS patients.

What Can’t be Cured Must be Endured (For Now)

Despite much being done in the characterisation of FMS there have unfortunately been relatively few significant contributions in the therapeutic treatment of the condition. As with many other medically unexplained syndromes, there is no universally accepted treatment or cure for fibromyalgia, and treatment typically consists of symptom management. Treatment options include prescription medication (such as epilepsy, neuropathic pain, antidepressant and anti-anxiety drugs), behavioral intervention, and exercise. Indeed, integrated treatment plans that incorporate medication, patient education, aerobic exercise and cognitive behavioral therapy have been shown to be effective in alleviating pain and other fibromyalgia-related symptoms. Around 2-8% of the population are affected by FMS but researchers estimated that up to 75% of affected people may not be diagnosed so the true figure is not known. These numbers highlight the importance of on-going research into the causes and targeted effective treatment of FMS. 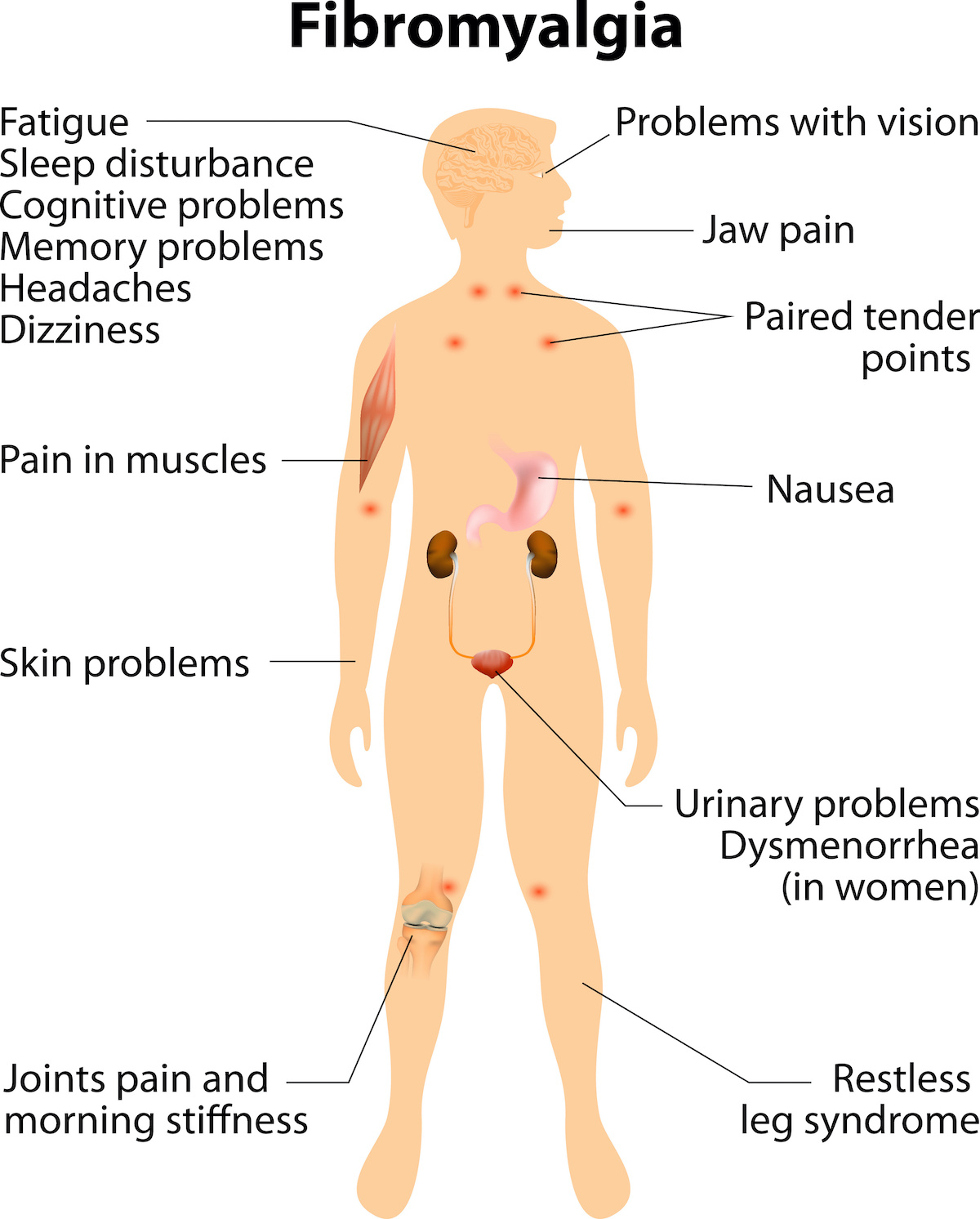