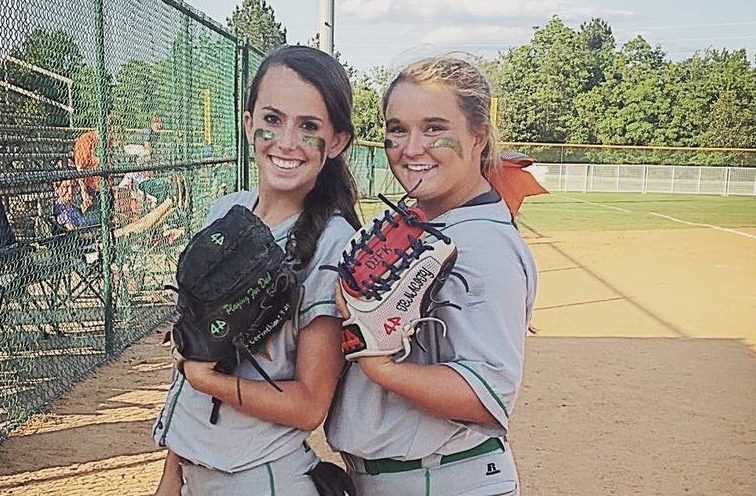 Erin Williams, an accomplished softball catcher, was featured on the Arthritis National Research Foundation’s blog last spring in an article entitled, Catching Through the Pain. We shared Erin’s story about battling back against her juvenile rheumatoid arthritis (JRA) and struggling with being doubted by others. Recently, we “touched base” with Erin to learn about her latest softball achievements and how she is continuing to be an inspiration to others.

Erin has accomplished quite a lot since the Arthritis National Research Foundation last caught up with her. She is currently a senior in high school and her high school softball team in Montgomery, Alabama awarded her Offensive Player of the Year. The award goes to the player with the highest batting average and Erin hit a blistering .371.

She was also chosen to represent Team USA and recently traveled to Italy to play in an international softball tournament. The American International Sports Teams (AIST) selects student athletes nationwide to travel internationally in order to help students grow professionally, athletically and personally. Erin was among the dedicated student athletes chosen. She and her Team USA teammates played three exhibition games as well as a friendly tournament with some of the Italian pro teams, enjoying herself as she experienced a new culture and level of play.

Erin Keeps Her JRA in Check

Being a catcher is Erin’s passion and she is the full-time catcher on her traveling softball team, the Diamond Babes. The position can be especially challenging for someone with chronic pain like Erin. Since she has been diagnosed with JRA for four years now, she has learned how to effectively manage her pain so she can continue doing what she loves.

“To those who are wondering if they should exercise with this disease, the answer is absolutely YES!” said Erin. “I know fully well the pain it causes. Some mornings I can’t even grip a hairbrush, let alone a 45 pound bar. But working out has enabled me to push past my perceived limits and ultimately cause less flares in the long run.”

Erin carries over her commitment to becoming a better softball player to keeping her arthritis well-managed. To control her pain and flares, she administers a self-injection even when the side effects can make her feel lousy. Aside from medications, she works out four to six days per week, including drills, lifting, running and swimming.

“Working out keeps my joints loose and it keeps my strength up,” Erin explained. “My whole life pretty much revolves around softball, working out and keeping my JRA in check.”

Blocking Out The Naysayers

Even a year later, Erin is still experiencing a handful of skeptics, people that either trivialize her pain or refuse to accept the fact that a young person could be afflicted with a disease like JRA. While it would be easy to let misconceptions get her down, Erin uses it as motivation to show others that arthritis is a serious condition. She shows others that if you work hard and get treatment, you can still be what you want to be.

“I still have skeptics, people that don’t believe I have it or think I’m just faking my arthritis,” revealed Erin. “Also, there are these people that think that I can’t do anything because I have this disease. It really feels good to prove these people wrong. I squat around 300 pounds on a good day, and my overhand throw reaches 61-62 miles per hour.”

As Erin’s softball season gets in to full swing, she knows that there will be painful days ahead and she knows there will be days that she is doubted. However, there is no amount of pain or doubt that could stop Erin from stepping up to the plate.

“Even when I’m hurting, I push through it because I love being behind the plate. I can’t imagine anyone else playing my position, so I won’t give up.”

What is your passion that you do in spite of the pain? Tell us in the comments below!