Unlocking the Mystery of Aging 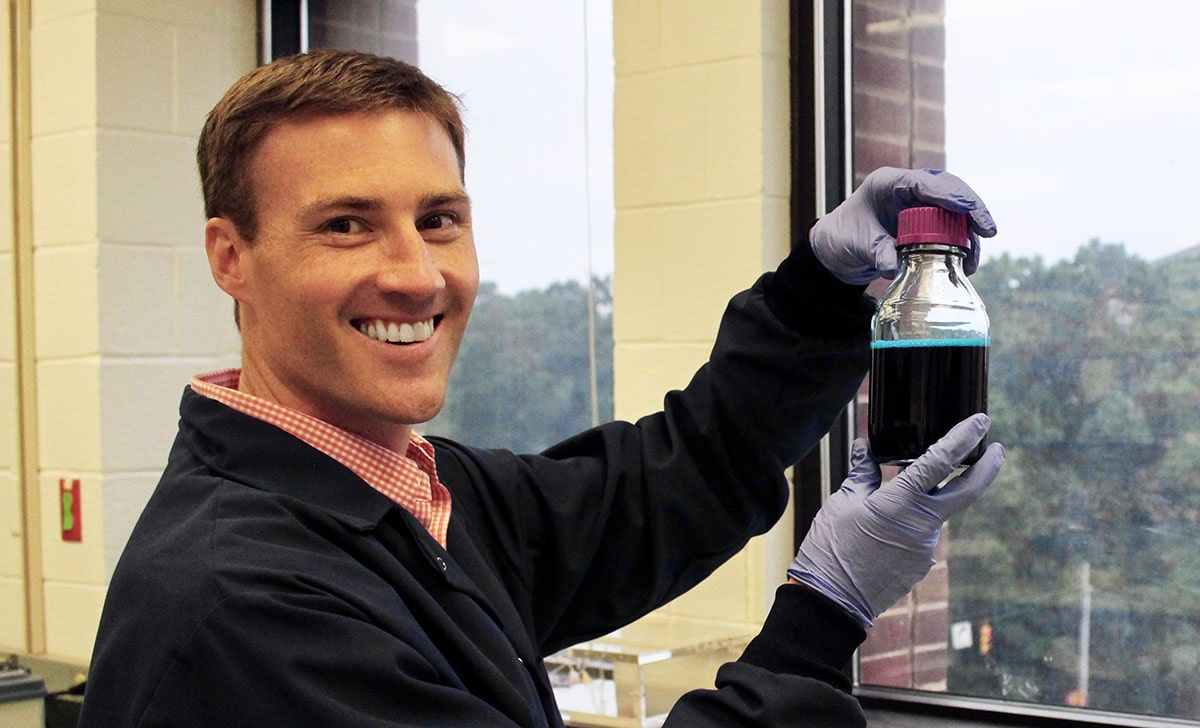 Unlocking the Mystery of Aging

Brian Diekman, PhD is an assistant professor of biomedical engineering at the University of North Carolina School of Medicine. He conducts his research at the Thurston Arthritis Research Center in the Rheumatology, Allergy and Immunology department. His areas of speciality include Tissue-engineering, stem cells, aging, murine models of osteoarthritis, genome editing. Dr. Diekman received his degree, BS Biomedical Engineering, in 2005 from Duke University. He continued his studies at Duke University and was awarded his PhD in 2012. He went on to complete two postdoctoral positions before taking up his current position in 2017.

We only have to look at advertising to understand the desire people have to look and feel youthful. There are endless products claiming “scientific” breakthroughs that assist in achieving this. How many of us stop to consider, not only the impact, but the underlying scientific causes of aging? Particularly those that are not evident at first glance? Fortunately, researchers, such as Dr. Brian Diekman, are looking at aging beyond the surface.

Dr. Diekman and his team are identifying the relationship between aging and the promotion of osteoarthritis (OA). This is of paramount importance because medical advances are helping us live longer with an improved quality of life. An increase in lifespan results in a larger aging population: a population that is at greater risk for the development of OA. By 2045, the CDC estimates there will be 78 million people living with doctor diagnosed arthritis. It is notable that aging and OA are closely linked, however, they are still distinct processes and understanding the interaction between the two is central to developing improved treatment options.

Dr. Diekman, an ANRF Scholar,  has established a laboratory that investigates potential treatments of osteoarthritis through regenerative medicine technologies. Using engineered cartilage tissue as a model, one of the objectives of the lab is to understand how cartilage becomes dysfunctional and what drugs could be used to prevent or treat this process.

Genome editing of stem cells, an advanced approach, is used to investigate the genetic risk factors associated with osteoarthritis. The Diekman Laboratory also uses both cellular and animal models to test the viability of potential treatments which have been designed to improve the ability of cartilage tissue to regenerate after injury.

“My lab is investigating changes that occur in cartilage during aging that predispose the tissue to break down. We are particularly interested in whether cartilage shows signs of cellular senescence (defined later), when cells become dysfunctional in response to chronic stress and can produce molecules that drive age-related diseases.”

Battling Back Against Aging

Dr. Diekman began his research career studying OA. Aging has been established as the biggest risk factor linked to the development of OA. When one looks at aging as something requiring treatment, it can seem as if we are powerless against it. This did not deter Dr. Diekman, but rather fueled his desire to learn more about the basic biology of aging to see if there was a way to stop the changes that lead to cartilage breaking down. He is the recipient of a co-funded grant by ANRF and American Federation For Aging research (AFAR). In 2017, Dr. Diekman planned to test several compounds with the potential to selectively remove senescent cartilage, thereby allowing the healthy surrounding tissue to function effectively.

His commitment and dedication are evident in the successes he has had building on his work from the previous year. In 2018, Dr. Diekman was awarded a second year of funding (read more about his work in 2017 on aging). These successes culminated in a breakthrough, the results of which were accepted for publication in one of the most prestigious scientific journals in the field of aging and regenerative biology,  Aging Cell (Aging Cell. 2018 Aug; 17(4)).

What led to senescence as a target for treatment of OA?

Cellular senescence is a hallmark of aging. Senescence drives the decline in aging tissues by limiting regenerative proliferation and producing pro-inflammatory molecules known as the senescence-associated secretory phenotype (SASP).  Chondrocytes are the cells responsible for the production and maintenance of cartilage matrix. Chondrocytes display many of the features of senescent cells during aging. It has been observed that OA catalyses the development of senescent cells and cellular stress is likely key in the development of SASP. It is difficult to determine which cells are responsible for the release of cytokines associated with SASP, but understanding how chondrocytes enter senescence would be instrumental in the development of therapies designed to inhibit this phenotypic switch during OA.

One possible mechanism that has been proposed is that cells enter senescence when there are dual signals for cellular arrest and cellular growth. Older cartilage tissue can potentially supply both of these cues because DNA damage that occurs with aging can be particularly prevalent in chondrocytes. This damage can result in an increase in cell cycle inhibitors (for example the inhibitors p16 and p21) which act as checkpoints responsible for the stable arrest seen in senescence. Growth factors are behind the second signal necessary – a strong growth signal. These growth factors can be released from damaged cartilage or from chondrocytes as they attempt to replace lost or damaged tissue.

The aforementioned p16INK4a is a biomarker that is a potent inhibitor of the cell cycle but it is not essential to SASP production. Dr Diekman sought to determine whether this biomarker identified senescence in hyporeplicative cells such as chondrocytes and whether it was a contributing factor to characteristics associated with cartilage aging.

Mouse and human models were used to investigate the role of p16INK4a in chondrocyte aging. The team was able to determine that in both models there was an increase in mRNA expression of p16INK4a as chronological aging occurred, which was expected. In cells from older donors, this increase was associated with a reduction in proliferation and correlated with a number of SASP transcripts. However, despite these correlations, in adult mice in which there was somatic inactivation (or inhibition) of p16INK4a the rate of OA was unchanged and SASP expression was not diminished. Therefore, while p16INK4a expression is a biomarker indicative of dysfunctional chondrocytes the effects of chondrocyte senescence on OA is likely to be driven by production of SASP molecules rather than loss replicative function.

What do these findings mean for arthritis treatment?

While inactivation of p16INK4a does not change the development of OA, p16INK4a does serve as a biomarker that identifies chondrocytes with greater potential for secreting factors that drive tissue dysfunction, thus could be used to identify improved therapeutic targets. This research therefore aids in the challenge of identifying traceable markers of senescence in vivo, which could be key to supporting work that seeks to identify and eliminate senescent cells from tissue compartments that drive age-related disease.

These results will influence the development of therapies that seek to directly disrupt age-associated decline in tissue function that are causative in most cases of OA. Research such as this is central to creating clinically useful treatments. Unity Biotechnology is one such company which could make use of these findings as they endeavour to develop senolytic medicines which selectively eliminate senescent cells. Unity Biotechnology has just begun phase I trials that uses intra-articular injection of a senolytic for localized OA therapy.

The funding from the ANRF that supported this research was also key in Dr. Diekman’s laboratory being able to apply for and be granted a number of other smaller research grants. Dr. Diekman hopes to continue to drive research in the field “to see how our basic science insights might be used in a more translational context.” This work has been submitted for presentation at the 2019 Osteoarthritis Research Society international (OARSI) meeting in Toronto, again embodying the core belief ANRF has in the importance of sharing of information and the benefits that can be reaped from collaboration.

Osteoarthritis research like that of Dr. Diekman’s needs your support! Please help keep this critical research going by making a donation today!