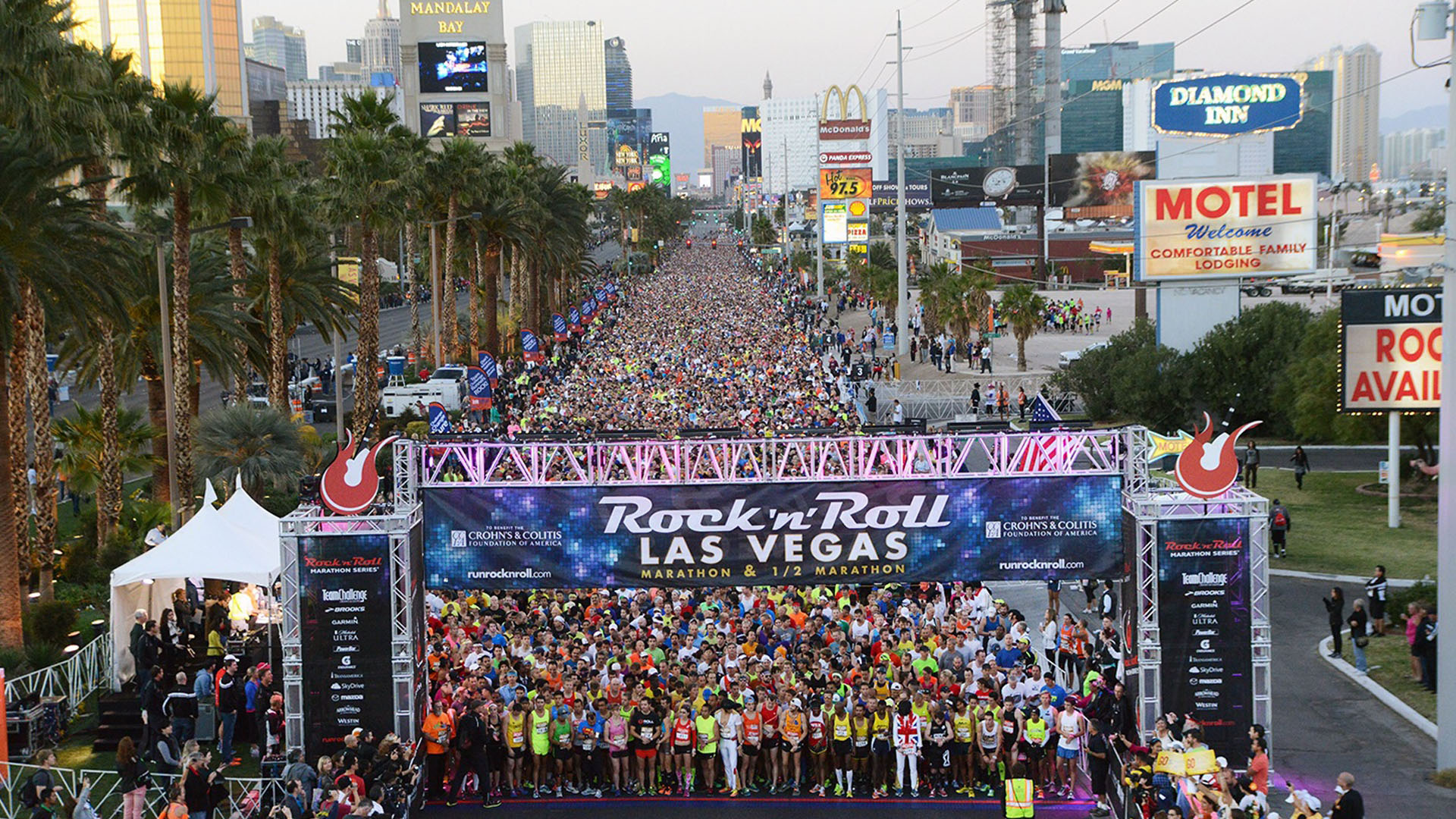 Posted at 13:51h in Racing For A Cure by ANRF 0 Comments
Share

Michael Mazzola, new Racing For A Cure teammate and a graduate of The College of New Jersey (TCNJ), recently competed in the Las Vegas Rock ‘n’ Roll Marathon to raise awareness and funds for juvenile arthritis research.

Mazzola, along with friends and fellow TCNJ alumni, John Fazzio and Rick Ivins, competed in the race in support of ANRF Board Member, Kelly Rouba-Boyd. Kelly, who suffers with juvenile arthritis, inspired ANRF to name a grant for her a few years ago entitled The Kelly Award For Juvenile Arthritis. Rouba-Boyd, having gone to college with the three competitors, formed a friendship with them during their time at school and had a large impact on their view and perspective of arthritis.

“We knew that she was going through a rough time with some of her recent surgeries,” Mazzola said, “and wanted to express our support for her and let her know that her daily struggles to recover help motivate us.”

Mazzola joined Racing For A Cure because he knew how important charity was to Kelly and wanted to show his support for her cause. He, Fazzio, and Ivins decided to dedicate their first run as Racing For A Cure members to her, the brave woman that inspired them in the first place.

While Fazzio has competed in twenty marathons over the past eight years, including a 50-mile ultra marathon, Mazzola and Ivins were new to marathon racing. While training for the event, Mazzola included a myriad of 5k’s, 10k’s, and Half Marathons into his workout routine, his longest run prior to the race being seventeen miles. However, being an active person who tries to always keep healthy, Mazzola works out at least six days per week, and spearheads a running group that runs the outer loop of Central Park every Wednesday, which is equivalent to a 10k.

The marathon itself was something the guys said they will always remember. They chose to run in Las Vegas because of the lights and energy of the strip and because it was a Rock n Roll sponsored event. Bands and DJs were positioned every few miles throughout the course motivating them and all the runners to keep pushing the pace. A Macklemore and Ryan Lewis concert preceded the event, after which 40,000 runners gathered at the starting line.

Mazzola confessed that the hardest part of the race occurred between miles seventeen and twenty, which at that time was the furthest he had ever run at one time. At that point in the race there was nothing but desert and other runners surrounding him, but as he reached mile twenty and knew he only had six more miles to run, he compared it to just another run in Central Park, focused himself, and powered through.

“I ran that last mile within arm’s reach of the crowd, giving high-fives to people along the way, picking up speed, and finishing strong,” Mazzola said. “It felt great to support ANRF and my friend. Other runners and supporters came up to us and asked about ANRF, thanking us for supporting such a noble cause.”

Do YOU know someone suffering from juvenile arthritis? Help propel JA research forward by making a donation toward The Kelly Award today!