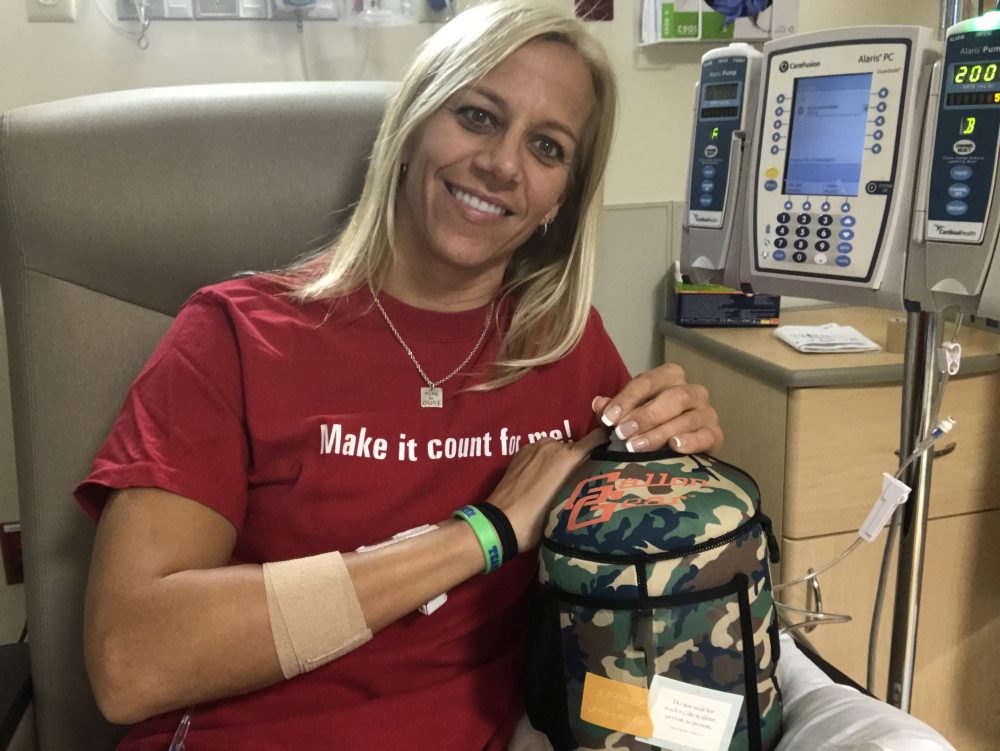 Posted at 12:24h in Rheumatoid Arthritis by ANRF 15 Comments
Share

The word “quit” is not in Danielle Bryant’s vocabulary. From a young age, Danielle was a star athlete, competing in basketball and softball throughout school, earning Varsity letters as a freshman and taking her high school softball team to the state championship tournament in her sophomore year. Dani’s future as a successful athlete was almost a given. But when rheumatoid arthritis (RA) struck in the summer of 1992, her body had other plans for her. Her RA  soon took her on a ride full of ups and downs, eventually landing her to where she is today: weight lifting with arthritis.

It was a few weeks before Danielle’s big state championship tournament game and suddenly a severe pain crept its way inside her body without rhyme or reason. In the blink of an eye, Dani went from a blossoming, unstoppable athlete, to a young girl who was in so much pain that should could barely get out of bed.

Dani tried her best to push through the agonizing pain. After an unexpected and devastating loss in the tournament, the pain got even more severe. One fateful morning, she woke up and found herself completely unable to move. She was rushed to the hospital as doctors ran tests trying to find the cause. It would be several years until Dani received her official diagnosis of rheumatoid arthritis.

Along with her life-altering diagnosis and pain, came anger, sorrow, and even an existential crisis. “My once athletic, strong and healthy body was now full of nothing but drugs and disease.” she says. “There are many aspects about my disease that I never disclosed to even my dearest friends. I feared what they would think and how they would react. They had known Danielle Bryant, the athlete, but she was no more; she’d been replaced by Danielle Bryant, the RA patient”.

These thoughts and RA made Danielle feel defeated and beat down by the pain and the unknown. She was tired of living in agony and angry about the turn of events in her life.

However, as unexpectedly as her pain arrived, a new mindset unexpectedly changed as well. After years of allowing her disease to dictate her actions, she knew she had to make a change if she was going to take charge of her life.

She could no longer allow this pain to change her in to an unrecognizable version of herself. She had an epiphany – she was no longer going to let her RA destroy her dreams, aspirations and life. With a new perspective and a goal at hand, Dani was about to take her life back in to her own hands and Make It Count.

“My first confrontation with RA began when I walked right into a gym and signed a 3-year contract. Shortly after, I curled my aching fingers around 3-pound dumbbells and with tears streaming down my face, I lifted them, beginning a transformation that would last a lifetime.”

Things were never the same from that point forward. “We have one chance at this life. Don’t let RA define your life – YOU be the LEAD.,” became her mantra and from there, Dani’s new journey of weight lifting with arthritis began.

As Dani continued down her journey to reclaim her athleticism she grew into the strong and resilient woman that she is today. The more she worked out, the more her natural love of exercise grew, as did her confidence and positive outlook on life.

Now, she uses her disciplined workout regimen to enable her to live life fully, making room for weight lifting with arthritis. Her alarm goes off on the dot at 4:35AM and she’s off to work out and get her joints moving. Whether it be a brief walk on the treadmill or a session of hot yoga, Dani knows the importance of movement on her body, coupled with diet, biologics, and natural remedies, she’s found what works best for her body.

“I Make It Count for myself each day with movement, which translates to exercise.” Dani explains. “This disease requires that I constantly move and stay active. A sedentary life style allows the disease to manifest in the joints and I want to do all I can to feel better by continuing to move.”

And move, she does. In fact, Dani is currently preparing for a bodybuilding competition on March 18th – the NPC Natural Western USA. She will be competing in 3 bikini divisions and to get her body competition-ready, she must put in extra work. You can find her putting in an extra hour with her personal trainer, giving it her all on several sets of seated cable rows or wide grip lateral pull downs, two of her favorite lifts. 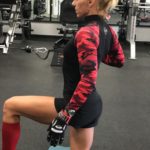 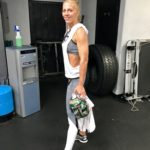 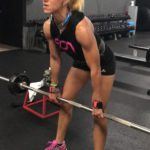 While Dani may now make it look easy, she knows that weight lifting with arthritis doesn’t happen overnight. She has been through her fair share of blood, sweat, tears, including 8 total replacement surgeries on her joints. However, when the going gets tough, she no longer lets it get her down.

“I go back to the very minute my life changed when this disease showed up. I think about the times I couldn’t feed myself, dress myself, or even walk. That is why I am so committed to Making It Count each day.  We cannot take the simple things for granted nor the big things, like lifting weights. ”

Dani may have her hands full training for a bodybuilding competition, but the hard work doesn’t stop there. She also owns her own construction company, does a little bit of personal training on the side, and is in the process of starting up her very own nonprofit. One day, she hopes to open her own gym and set up a Walk/Run event. But for now, Dani is working on being the best version of herself she can be, while helping others Make It Count along the way.

“Where we are today means we had to take a journey to get there. I don’t want to ever settle at my destination.”

Follow Dani’s weight lifting with arthritis journey on Instagram @makeitcount4dani and help make a difference by making a donation today!