Wendy Nail – Racing For a Cure Around the World 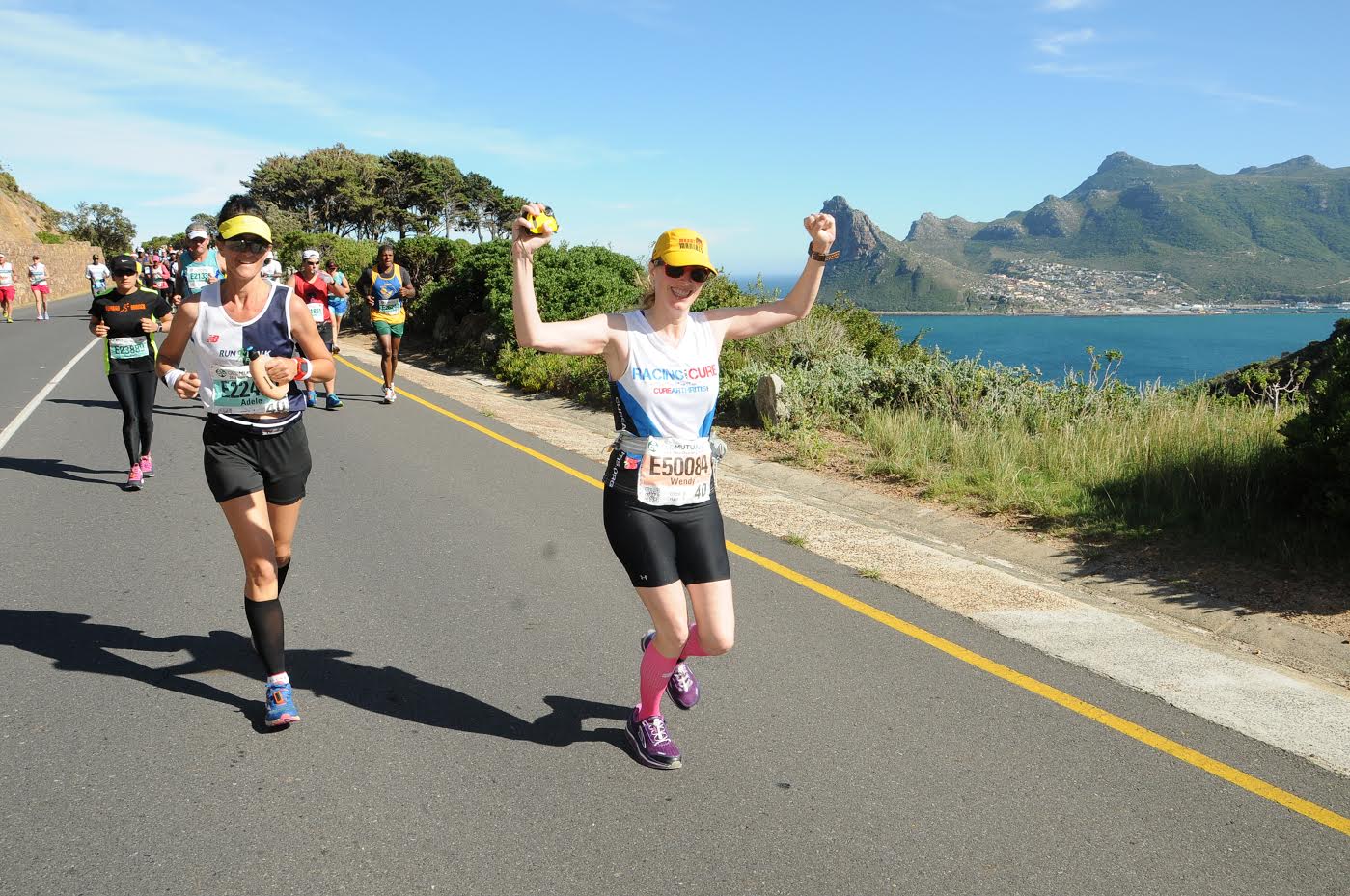 Wendy Nail – Racing For a Cure Around the World

Posted at 15:00h in Racing For A Cure by ANRF 0 Comments
Share

The following was written by Wendy Nail, Racing For A Cure team member, rheumatoid arthritis athlete and Marathon Maniac! She was diagnosed with rheumatoid arthritis in 2001 and refuses to allow it to control her life. Because she is part of a military family Wendy is traveling around the globe and raising arthritis awareness as she runs. From Korea to South Africa and soon to London, Wendy runs to stay healthy and to raise money to cure arthritis.

When I was diagnosed with RA in 2001, running marathons never crossed my mind. I had never been an athlete of any sort and had no desire to become one. Instead I was wrapped in pain and fear, more concerned with how I was going to be a good wife and mother. I could not grasp a hair brush to put my daughter’s hair in a ponytail for school, or stir a pot without being in agony. Taking 3 quick steps to catch a tumbling toddler sent electric shocks of pain shooting up from my ankles. I could barely walk, let alone run.

Fortunately, I was diagnosed 3 years after the public release of the first drug designed specifically for RA. It gave me my life back! For several years, that was enough. I could function, care for my family, and even had a little energy left for myself, but I knew I needed to be healthier. When my 9 year old daughter needed to run 2 miles to pass a martial arts test, I put on my mom hat and toughed out our first running and walking treks around the neighborhood. I couldn’t run 100 yards without gasping and my impatient daughter would wait for me at the end of the block, tapping her toes. By the time she had passed her test two months later, I was beginning to feel the benefits of running. It was not aggravating my RA and I felt better!

That August I ran my first 5K and surprised myself by running the whole way without stopping for a walk break. It was the first time I had ever RUN 3 straight miles and I was ecstatic! My dream at that point was to one day run a 5K in under 30 minutes and maybe, if it went well, maybe a 10K someday. 3 months later I ran my first 10K. I was over the moon with my progress! I decided at that point to shoot for the moon and register for my first half marathon.

Then I had a big setback. I needed abdominal surgery and for that I had to be off my RA meds for a month before and after the surgery. It was scary, but I had no choice. Although the surgery went well, a post op infection, followed by medication changes, (in order to appease my insurance company), resulted in 8 months of training lost. I was determined to do the half marathon, even if I had to walk the whole way, but the race came and went with me too sick to get to the start line.

When I was finally able to run again my miles came back much faster than they had developed initially and I ran my first sub-30 5K at a Jingle Bell run in December. It was all going so well, that when a friend brought up running a half marathon I decided to try again. It went well and a year later I entered the same race as a full marathon runner. The next month I clocked 50 miles in a 24-hour relay.

How did I get from 5K to ultra-marathon in less than 2 ½ years? I’m still asking myself that, but I think several things come into play. For starters, I surrounded myself with people that were doing the things I wanted to do. Around those people I could forget that I had RA. When I talked about a goal I had set, they said, “Of course you can! Here’s how to get there.” No one ever said, “Well, with your RA, it might be too much.” Another reason is that I had learned to deal with a lot of pain and fatigue. The discomfort or weariness that make a lot of people quit their running plan wasn’t even a bump in the road. Last, I had something to prove now. I had to prove that RA couldn’t beat me.

Shortly after my third marathon, I started a concerted effort to find more athletes like me. I had found a few through blog searches, but wanted to connect more people. The Athletes Beating Rheumatoid Arthritis Facebook group was born. I was overwhelmed with the number of people that joined. Their feedback about how great it was to find other active people with RA made me realize we need more groups focused on what we CAN do with, and in spite of, RA.

Crossing the finish line of the Two Oceans Ultra Marathon in Cape Town South Africa, I was filled to overflowing with joy. I can run, I can travel, and I can help other people with RA realize their dreams, whatever they are, by setting an example and Racing For A Cure!