Writing With RA | Keep Trying, You Will Finish Your Story 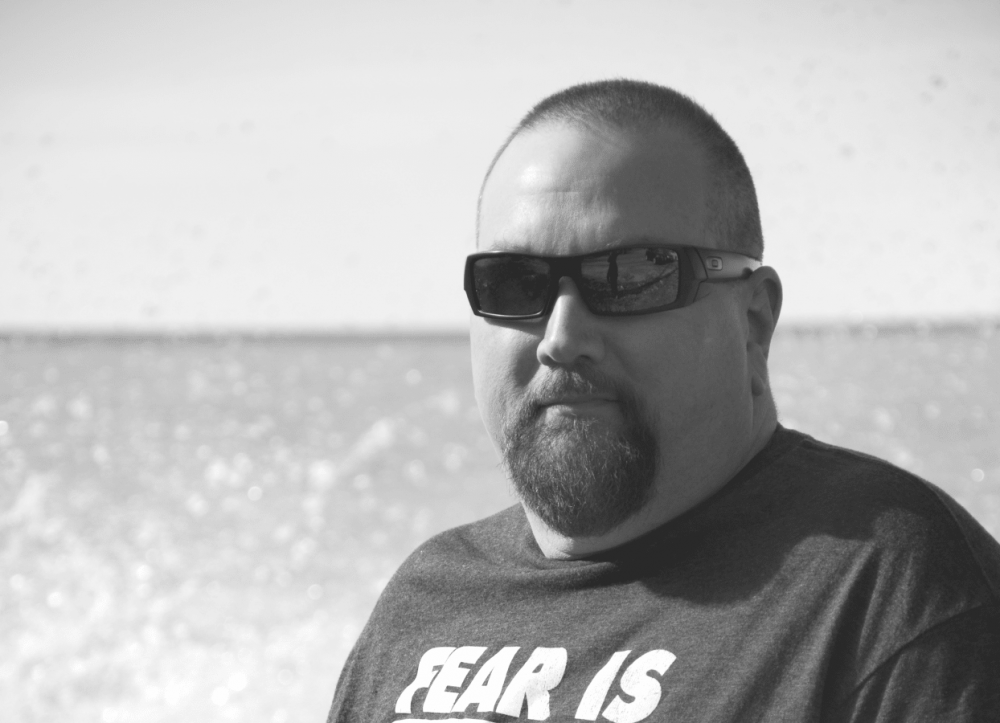 Writing With RA | Keep Trying, You Will Finish Your Story

For Erik Vick, an author and self-described “chainsaw-wielding Viking”, rheumatoid arthritis (RA) is just another villain to defeat. This beast he battles has tried to take many things away from him, but writing and humor are two things he refuses to give up without a serious fight. It why he continues writing with RA despite the challenges. By creating his own personally curated world, Erik uses his creativity to keep RA as a supporting role, instead of a main character.

Erik wasn’t always forced to wage a war against RA. The disease struck without rhyme or reason. “It hit me over the head with the weight of an anvil,” he explains. Seemingly out of nowhere, his shoulders and neck flared to the point where he couldn’t even turn his head. True to form, Erik and his wife jokingly referred to his stiff neck as him “being Batman”. He even dubbed his new diagnosis as the “Personal Monster”. But jokes aside, Erik knew he had to get to the bottom of the mystery. In 2010, he was officially diagnosed with rheumatoid arthritis and a new chapter of his life began.

Writing with RA Turns Erik’s Fiction in to a Reality

Before RA made itself a permanent character in Erik’s story, his life was very different. “I was an active guy–a powerlifter, a gear-head, a bicyclist, a teacher. Once I got sick, all of that was gone within a year.” One by one, he was faced with the difficult decision of letting go of some of his favorite hobbies. “When RA started taking things from me, it was pretty grim.” He recalls that period of his life as a very dark time. While Erik did not necessarily have his health to count on, his passion for writing remained steadfast.

For years, reading and writing were important aspects in Erik’s life. As a young adult, he toyed around with writing fiction, but was more heavily involved in academic writing after receiving his PhD in Artificial Intelligence. “That kind of writing, however, bores me. There are no demons, no psychotic kindergarten teachers, nothing like that. Everyone likes a good psychotic kindergarten teacher, right?” he jokes. Thus, the door to fantasy and fiction novels burst open for his writing. 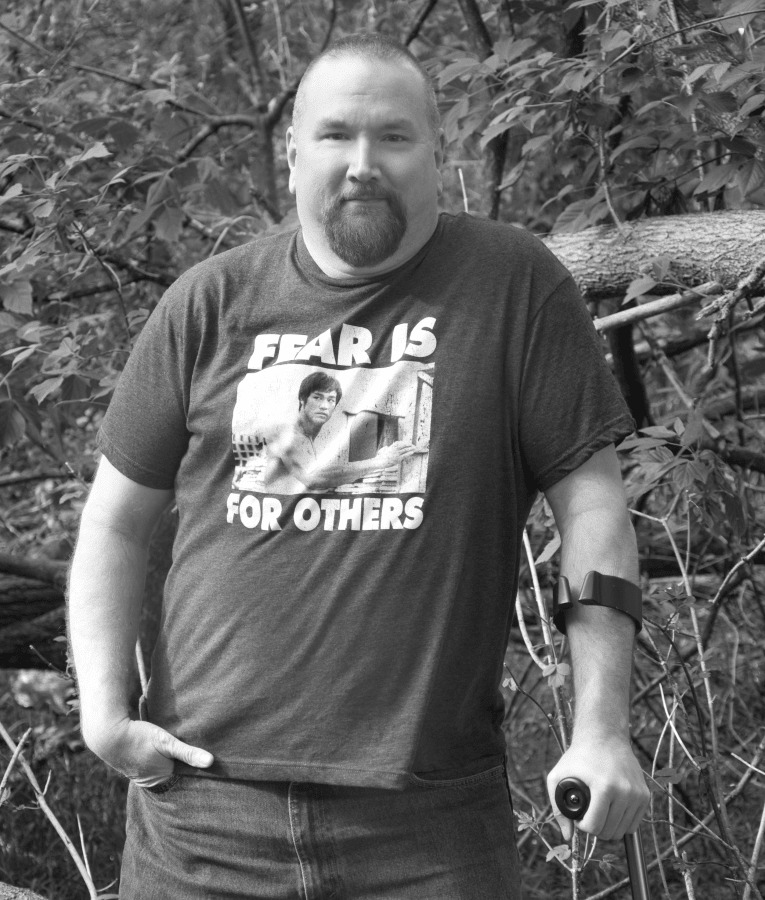 “When I’m feeling productive, when I feel like I’m contributing something to the world, I feel better.” Although Erik knows productivity can’t take away his rheumatoid arthritis, it helps him to proactively manage it and gives him a sense of control over his “Personal Monster”.

While powering through bad pain days sounds great in theory, it is not always practical for most people. Sometimes, Erik notes, it’s best to just lay low and relax. “One of the biggest lessons I had to learn was to let it go on those bad days — to do what I can and then do something else or rest. It doesn’t do any good to beat myself up or get upset that I can’t work.”

It’s a game of give and take and Erik has learned the importance of listening to his body and taking some time off when things get particularly rough. And when all else fails, Erik can always find the humor in a less-than-ideal situation: “When I can’t write, I sometimes blame it on one of the cats. Or that the recliner in the living room (or bed) is trying to escape and needs me to hold it down. The sillier, the better.”

Writing with RA: “How Can You Do That?”

Auto-inflammatory diseases like RA often manifest in joints like the ones in your hands, so you might wonder how it’s possible that Erik manages to work in a field that relies heavily on the wrists and hands. The answer is that it did not come overnight: it took years for Erik to perfect his set-up, which he now refers to as “Death Star Command”. Even now, he admits it’s still a work in progress.

Instead of typing with a standard keyboard, Erik uses a hyper-sensitive mechanical keyboard and a programmable mouse. These tools eliminate the need for unnecessary movements of the hands. However, as most RA patients can understand, there are days where even this is especially difficult. When he is faced with painful joint days, he uses a speaking software and microphone: As he speaks, the software listens and types out what he says. However, there are also days where inflammation affects his vocal chords, so he alternates techniques accordingly. The right chair was also of utmost importance. He needed a place to sit that provided him with the right amount of comfort and support, as sitting for extended periods of time can be a literal pain.

“Even with all these gadgets, I only get up to three productive hours on the computer. While that’s not as much as I want, it is enough.” His writing set-up is a true labor of love, a testament to his passion for his profession. 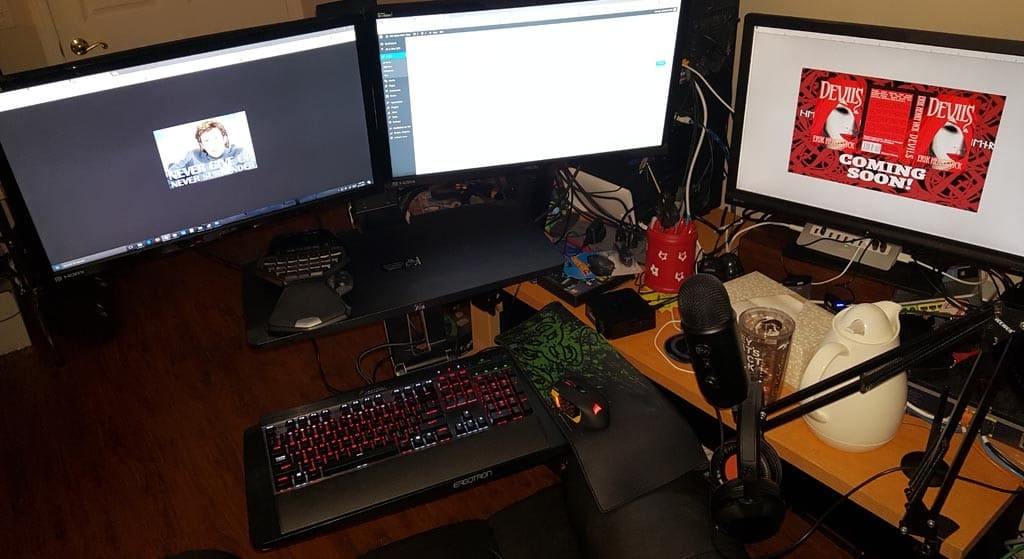 Want to get in to writing with RA? Check out Erik’s full setup at erikhenryvick.com for arthritis-friendly computer software.

With several books out already, Erik has no plans to quit writing any time soon. He even released his most recent book, Errant Gods, back in October. Erik drew from his own personal experiences with his disease to help guide him in his storytelling for this book.

“My fiction can be dark, as my life can be dark at times, but living with RA has taught me that darkness and light go hand in hand.” he explains. With “personal monsters” and battles to defeat, Erik’s fantasy stories parallel his own life. And while his body may be waging war against him, Erik is waging a war right back.

“As long as you keep trying, you will finish your story.”

Help find a cure for people with rheumatoid arthritis by making a donation today!